I began reading poetry from the eyes of my teacher.

It happened two decades back, I was doing my degree at SN College, Kollam. You know, misfortunes sometimes come solo and this one came when I agreed at a thoughtless moment to the idea of sharing my room with my teacher. I cursed myself. Why did I accept him as a roommate in the lodge ?

He was one big nuisance those days. Just imagine the situation. This teacher, Ajayan sir, was a voracious poetry reader. That didn’t hurt, I agree. But what if such a man began to pinch-hit everything his intellect came across in my direction, towards his poor student-roommate who could no way tell a telegram from a poem?

Friends, you should someday go through this – living with your teacher.

A poet once said, poetry is not always words. It transmits its beauty in silences, punctuation and white spaces as well. See this poem in prose: 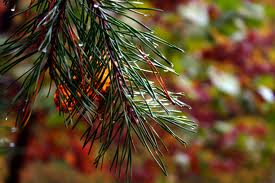 “Four talked about the pine tree. One defined it by genus, species, and variety. One assessed its disadvantages for the lumber industry. One quoted poems about pine trees in many languages. One took root, stretched out branches, and rustled.” (A Hebrew poem).

See. Many try to define a pine tree, but fail.

(You can define a thing only if you have understood it inside out).

The one who tried to explain it by its biological nomenclature missed the essence of a pine tree. Another, a materialist saw only the advantages of the tree for making furniture which bring in money. Another, an impractical romantic was trapped in the aesthetic qualities of the tree.

So the only way to understand a pine tree is to step into its roots and become a pine tree.  Spread out branches and rustle in the breeze for once. You are now a pine tree.

Now take that idea for a free ride. Think about women. The only way to understand a woman is to be her. Or be like her. (Some argument for feminism and lesbianism).

What fails most of the readers is to see into things. Wordsworth believed that such lack of insight is due to insensitiveness from our part. We don’t feel even when the world reveals its beauty to us. 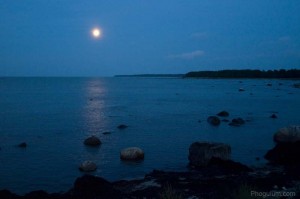 “This sea that bares her bosom to the moon

The wind that will be howling at all hours

For this, for everything,

We are out of tune,

It moves us not…” (The World is too much with us)

Poetry, like Nature is bountiful, but sometimes their beauties are wasted on us. We are simply out of tune.

They move us not.

Manu has written 297 stories in Rum, Road & Ravings. You can read all posts by Manu here.
by Manu |
1 Comment |
Sane Ravings