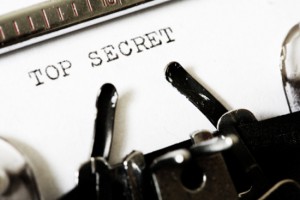 “Are you in secret service?” I asked Chang who was our friend, guide and philosopher in our Bhutan journey. The question startled him so much that some doma (arecanut and betel leaves) he was chewing squirted out from his mouth, down his chin.

He wiped it with the back of his hand and turned to me: “Me?”
I nodded my head.
“Secret service?”
“Yeah,” I replied.
“Why? What made you think so?” His narrow eyes went narrower, now almost became a slit studying me, digesting my question.
“Just asking,” I said without batting my eyes.

Chang looked at me for a few more moments, and then turned his head back, resumed masticating his doma again, gathering speed on the way, pondering deep and suddenly stopped mid-chew. He tipped his head back so that the batter won’t spill again from his mouth and replied: “I don’t know.”

I had a sudden flush of goose bumps when I heard that. So what my friend told me is true. This is the ultimate secret service organization. Even its members are kept at bay from the nature of job they do.

“May be that guy is the one you’re looking out for,” Chang pointed to an old man sitting opposite in the bar where we were in, calmly sipping his glass of sonfy against the cold 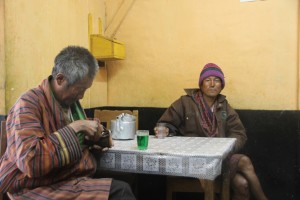 morning. He was sitting too close; he heard Chang, was startled, emptied his drink in one go, gathered himself up hurriedly, paid the bill, and shuffled away with a pale face. I looked at him leaving.

“Are you sure, Chang?” my voice was thrilled.
Chang stopped chewing, tipped his head back again and replied: “Not sure.” That depressed me a bit.

A month back, when I was packing my bags for Bhutan, a childhood friend called me: “Manu, hope that the child who was once excited about spy stories is not yet dead, there.”
“You are talking to him. Tell me what it is.” I asked.
“You’re going to Bhutan, right?”
“Yeah, I’m packing my bags. Why?”
“Have you ever heard that Bhutan has the most secretive of all secret service organizations in the world? You can do a story on it.”
What the heck! Bhutan is such a small country. I never could imagine that it can house such a large badge on its small chest. Once again, goose bumps. But what do you mean by this ‘most secretive secret service organization!” Never heard of such an expression. “Well, you find it out yourself.” Without explaining further he slammed the phone on me.

I soon discovered that my friend was right.

From the day I landed in Bhutan  I had begun asking around about the organization. I drew blank on my quest. “No idea. Buddha promise, I don’t know. I am not in it. Are you sir?” No, no, no how can I be! I am an Indian and I can never be in your Secret service organization. I drew the physical map of India and Bhutan on the floor and explained to them that I was not cheating them with my question. At least tell me the name of your organisation, I pleaded. Gosh! They don’t even know its name. You might have all heard the names: Mossad, CIA, KGB, ISI, RAW, right? Right. Now listen. Think calmly before you answer my question. Don’t jump the gun. They nodded. What is the name of Bhutanese Secret Service Organisation? They looked at me blankly. I repeated my question. 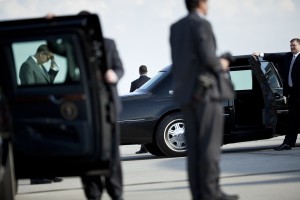 I might have come back to India empty-handed, without a story, without even a name. But I am a lot pleased with myself on one thing. I set a new ball rolling in another country. The whole Himalayan Kingdom is talking now.