You are here: Home » Featured » Why we failed – A word to Charity Groups – Part 1

Why we failed – A word to Charity Groups – Part 1

The sky was overcast, but the war lines had already been drawn, now they could not return.

On one side stood some 50 odd students from various colleges in the city, all revving their philanthropic engines up, ready to go at the switch of a button.  A couple of teachers also stood by them – one of them, this writer and the other senior in experience, as she had attended an earlier program when the same kids spent a whole day in another part of the city, washing and scouring the stubborn walls of an old age home; walls that would not yield their dried mucus or human excrement earned over the y 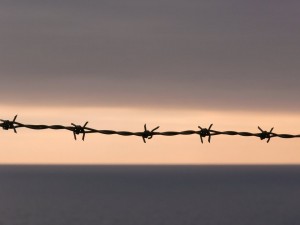 Opposite end, sat some 20 odd cancer patients, women of varying ages, emaciated, wobbling like scarecrows even at the slightest hint of a breeze (and hints were aplenty in the afternoon that portended rain).

In the vanguard, slumped on metal chairs were two young girls of 7, their bald heads reflected either the gloom of the inky sky or the darkness in their lives or the vestiges of poisonous drugs that could snip hair from inside. Instead of red, blue, yellow ribbons that adorn the hair of girls of their age, they had strips of dull green cloth draped  across their mouths.  They had eyes, wide, vacuous, yet oddly luminous, eyes, flitting from face to face, eyes, hard-pressed to understand why this racket on an otherwise calm afternoon in the care home when they were usually asked to confine themselves to their beds after a dose of chemotherapy.

Why shouldn’t we rather be in our beds and sleep!

“Because so many chettans and chechis are coming to play with you today,” the sister could’ve told them to keep sleep at bay, well before we arrived. 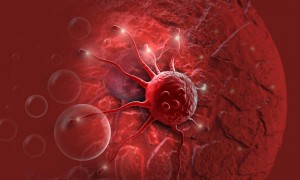 So that afternoon, the girls had to fight two enemies to join the camaraderie they were promised – an intense tiredness and a dull pain, the afterclap of a dose of chemotherapy in the morning.

“Manu chetta, there comes a stage in the life of those babies and little kids when they stop crying anymore in pain even when needles bury deep into their flesh. They could turn into stones after a few months of treatment. It’s almost impossible to look into the cold eyes of a baby with a needle stuck in its body.” my wife told me in tears one evening.

I sit silent, and listen, whenever Divya talks about cancer.

She has been frequenting the Regional Cancer Centre in Trivandrum for so many years, first to take care of my father, and nowadays to receive her mother whenever she arrives from her home for chemo or radiation.

So when I looked into the pearly eyes of those girls who had slumped into the chairs at the front that afternoon, I had the words of my wife scrolling across in the background. There was hardly any tear in them. No smile either. Wide eyes, set and composed and stoically scripted for the age of seven, they asked too many questions in a s 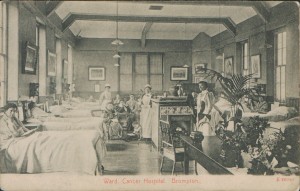 ingle glance. Whenever they came my way, I looked down pretending to scrape a flake of dead skin off my fingertip, to tear my mind away into shores untreaded by these children. I did not want to think about my daughter either.

I looked only when they looked away.

“More will join soon,” the sister sounded apologetic when she saw the uninspiring audience – not a vague indistinct mass, but each one could draw our attention with tubes running out from their nostrils, or bandages still aching their arms. Still the crowd was too thin to spread it over the chairs stacked on the quadrangle, a breach of promise about the numbers.

“Come on! Why are you looking so dull! Enjoy! Let’s rock!” exhorted the leader of the charity group with a broad flashy smile. “We are going to entertain you! Boo us out if we aren’t any good!”

Boy! A charming fellow he is!

He put his best foot forward  in earnest that afternoon to cheer up the thin little crowd sitting in front of him, stirring up memories of their wonderful lives they had left far behind, lives which were now far away like planets glinting in a corner of the night sky. Songs, dances, comedy skits, life paraded its glowing wares before people who had by now, alas, spent all their money up! 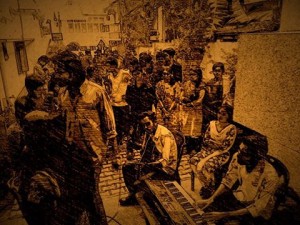 The patients looked on and on sometimes alert to the songs, sometimes relapsing to the dimming worlds inside and then arduously rowing back with the help of a sigh or a forceful smile.

Suddenly I felt something wrong.

Then I felt everything wrong, everything that was happening that afternoon at the care home. Friends, can you stop your music for a moment? Can you stop strumming your guitar, oi boy, over there, I am talking to you!

I wanted to scream out.