You are here: Home » Featured » Why we failed – A word to charity groups- Part 2

Why we failed – A word to charity groups- Part 2

The story ‘Why we failed’ continues…

Realize that in the parlance of some people among us, the phrase for ‘entertainment’ is a little leap in the blood count.

The earth beneath caves in, sucking you deep, the moment a doctor tells you the bad news. It’s almost like the Nine and Three-quarters at the King’s Cross station, as in Harry

Potter. You don’t know anything about it, until you’re thrown in. Unlike the Hogwarts, fun and merriment stop at their dark mouths.  And they speak a different language inside. ‘SGOT is up, SGPT is satisfactory, but the blood count! It falls at an alarming rate and what to do now! Which berries to eat, and what fruits to avoid.’ Their mind races like, let me use something you could connect to, that of a music conductor or of a video jockey, which has too many knobs to tinker with on a Saturday night. When VJ fails, music stops. When patients and their doctors fail in their calculations, life stops.

And I remember. Didn’t we carry jilebis, laddus and cakes to the charity home that day?

Friends, a week ago my wife, while she was paying up at the counter, saw a young boy of your age whom she used to meet at RCC for treatment, at Jayaram Bakery, near Medical College. The boy asked the price of a packet of dates (An expression which means: His blood count was dropping fast) and was visibly upset when he was answered. He took a smaller packet, turned it around to feel it with his fingers (just the way we turn and feel a chic mobile in our hands) asked the price, put it back, took another, even smaller, asked, put it back. By the time my wife settled her bill and rushed back to get him the dates, he was gone!

And we gloat we were a strong crowd that day.

Friends, you don’t need knives or bombs or nooses to kill people, but a common cold can do it, if the guy you take it to is a cancer patient. Our absence sometimes helps them live longer. I met too many snuffles and runny noses that day, and I remember how I stayed away from my father because of cold while he was taking chemo.

We care only when it gets to our home.

And charity stops the very moment the giver gets more than what he gives. Even a feeling of content after a noble wo 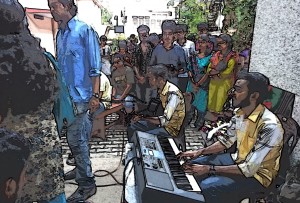 rk is a reward, a bribe that we take home in disguise. “But when you give to the poor, do not let your left hand know what your right hand is doing, so that your giving will be in secret; and your Father who sees what is done in secret will reward you” – Matthew 6:3.

Four years ago, with the help of a few playback singers I cobbled together the poems of my father and made an album of sorts. It was a race against time as my father was sinking fast. I wanted to see his smile for one last time.

So one rainy afternoon, after a dose of chemotherapy, I took him to Shanghumugham beach to give him a surprise gift. My mother was at the back seat with him and my wife with me at the front. I parked the car at the beach, adjusted the rear view mirror, so that I could pick his expressions, and switched the player on. My eyes were fastened to my father’s. I wanted to pick either his tear or a flash of a smile responding to the music.

Instead, as the song wafted up in the air, my father leaned back on the seat, and closed his eyes. I thought he was savouring the songs, enjoying in a patient’s own way. But he lifted his sagging eyelids after a few minutes and mumbled something. Is he asking for a replay? I turned the music down and turned back. He asked whether I could take him home. He wanted to lie down. He wanted to sleep. “Take me home.”

His words fell on my head like a sledgehammer.

How selfish I was! I thought I was helping, playing an ideal son, but instead was adding to his cup of miseries. Perhaps I wanted to gloat on later about what I had done for my father before he passed away; perhaps I wanted to carry one comforting memory as a dazzling badge on my chest to my grave, some compensation for all the troubles I’d caused him, some insurance against a future if at all future had in its agenda a step to set my daughter against me at my old age.

All my father wanted after a chemo was a bed, he wanted to lie down and sleep his tiredness off until next morning. Friends, you don’t know but it is often a private crusade for a cancer patient, and even a wife and son could only stand outside and gawk on like fools. And that is where I feel my friends, we should be sad for the crowd we drummed up in the name of charity that day.

We stood between them and their beds after their chemo. 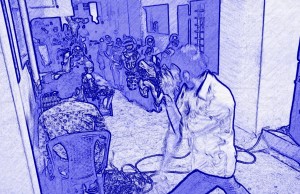 And sang and danced to cheer them up. What an irony!

When my father was tired we knew how to keep visitors away. But for these poor people who came here from faraway places, there was hardly a soul to speak for them. The Sister told me how they were entertained last month, and also the month before the last by other charity groups. Next week also people will come to help them. They sit and look. In places like this where they are housed for a pittance, how can these poor men choose the curries they get with the meals? And also the cartload of advices that people give them every week in the name of charity?

There are weird ways in which wounded minds heal themselves, we shouldn’t haul our awkward asses on their way. My friend once told me he felt nothing when his father died. Nothing! He was in fact looking forward to his neighbourhood girls visiting and consoling him!

Does that mean he wasn’t sad? Don’t be so quick to judge.

A death is not a single death, but a series of deaths for the one who survives, and the most painful ones begin well after the burial, after the last of the mourners leaves the home.

A husband turns in his bed and with sleepy eyes yells to the kitchen for a morning tea. No tea comes. No one in the kitchen makes it. No footsteps fall on the corridor. The husband turns on his bed, wakes up fully and looks gloomily at the dots that pick their way in from the empty kitchen. Not a soul to connect them anymore. Silence. A sudden dark vacuum yawns open in his chest, his vision dims. He gets it deep. He dies her death, again and again, a thousand times, but each one happens far away from the prying eyes who could measure sadness only by drops of tear. 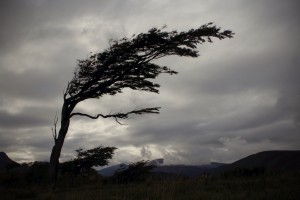 One evening as a young boy, I got furious at my amma for scolding me for something I didn’t do and told her squarely that it could be my chettan who did that. We stopped there, looked at each other with gaped mouths and then broke down into tears. Both of us.

Only a week ago, my chettan hanged himself.

(Every dead man at a home is a phantom limb. Sometimes you use it to take something. Only then you realize that you don’t have that extension anymore in your life. That is one of your many private deaths).

There are private sorrows too. You can hang around and drown them with your music, but only when you turn silent you’d pick the weak music emanating from them.

You help only when you listen.

That day when you tried to entertain them, I kept on looking at those strips of cloth that covered the mouths of those 7-year old girls. They didn’t stretch a bit with all our music and fun. The girls with pearly eyes didn’t smile under the cloth. We failed.

The discouraging thoughts I hung here may be too loose for your young, agile and athletic minds now, but in time, I hope you’d grow up and fit into some of them. Cast away the chaff.