You are here: Home » Featured » WHY I RAN AWAY WHEN MY WIFE FELL

WHY I RAN AWAY WHEN MY WIFE FELL

“Manu chetta, why did you run away when I tripped and fell down?”
“What! Me! Ran away! Never!”
“I saw you bolting off when I tripped and fell!”
“I pulled you up from the ground.”
“Yeah, along with those nice girls. But you ran away first!”
“Divya, promise, I don’t remember anything! See, this is it. Whatever I do, you always find something wrong in it!”, I said in an injured tone.

Truth be told, I do remember, my reader. Yes I ran away from the scene when she fell, that is the truth, but you must know, there is a reason. 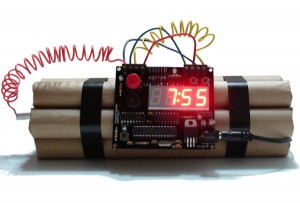 stadium as walkers, life has never been easy for me. If there is a 4am in a morning, the damned alarm clock in my bedroom (they say alarm clocks are enemies from our previous lives) never fails to yell like fire-engine married to ambulance. So loud it rings that for a whole minute until the alarm dies off, I could see myself thrown up and hovering in midair, tom-and-jerry style.

“But Divya, we came back from the last walk only a few minutes ago!

“No Manu chetta, that was yesterday morning. See, this is a different day. Come on, get up!

This woman, my wife, who wakes me up every morning, after that cantankerous clock, doesn’t sleep, I know; she could be sitting by my side looking impatiently at the clock all through the night, rearing to hit the track. Walking is built into her system. Poor me, without knowing I was going to an ambush, every night I stupidly crawl into my bed through its left side only to crawl off its right side a few seconds later, half-believing her story that I slept soundly, before the timepiece went mad and yelped so loud as if its father has just been murdered, mother thrown into an abandoned well, and half a dozen men now approach its sister with evil designs. 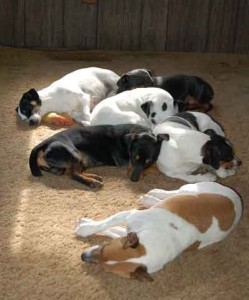 I don’t know what is happening in my life, things are now happening so fast between two walks of consecutive days that, I don’t remember anything else other than walking and I fear, one of these days I am going to catch me walking the previous day’s walk in one of my morning’s walks!

Every morning we reach the stadium exactly at 4:30am. As I start bedraggling my legs along the synthetic track I can’t help look yearningly at the heap of male dogs huddled at the centre of the stadium. Lucky chaps! I sigh. They don’t sow they don’t reap; their only business is to get up and chase an occasional walker along the street when life gets too boring. No wives to set atom bombs, I mean, alarms under their bed, shake them up as if that was not enough injury, railroad them into morning walks hurling at them words like cholesterol, BP, diabetes!

Sometimes as I walk Divya’s poor sneakers catch my attention. What a pity! They could only be inveterate sinners in their previous lives; she would not throw them away until her walk has sucked all the marrow off them. She must pick a leaf from Dr. Meena T Pillai, famous writer and teacher of the Institute of English, Trivandrum on how to treat sneakers in life.

Meena mam, my friend, wakes up every morning, takes out her sneakers from her chest box with utmost care as if they are some family heirloom handed down through generations, and regards them from all sides, with a proud motherly face. Decades ago she still remembers how she shelled out some ten thousand bucks to buy them. She was just married, had different attitudes to literature and life, and also had a different 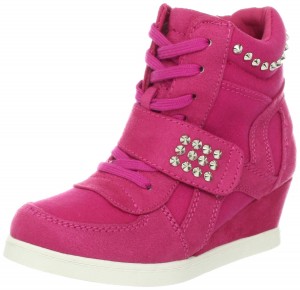 shoe size. You must see how she buffs the sneakers these days. She takes to them with the same devotion that Bharatha of Ramayana renders to the royal slippers of his bro Sree Rama, after he carried them back on his head to place them on the royal throne. While scrutinizing them, Meena mam’s brows would sometimes knot, her breathing halts, her fair face flushes in despair, the moment her eyes chance upon a haphazard clutch of eggs or poop that a stray fly has inadvertently deposited on the sneaker skin. With a sigh she flicks them off with her own fingers. When she finishes, mam checks her watch, puts the sneakers back to the chest, and locks it up. It would then be time for her poor husband standing behind in his tracksuit – all set to take his wife for that elusive morning walk they have been planning for more than a decade – to retire into his bedroom to change his dress. Walk is over.

Come, let’s get back to the stadium where we walk.

The only silver lining for me in a morning walk is the drama up in the sky, in the form of those puffed up rain clouds ready to burst. Every morning these days, I would be welcomed to the stadium by pools of water sloshing overhead inside those nine-month-old-pregnant clouds, looking for an excuse to open. Deluge is imminent, the breezes tell me secretively. “Po avidannu!” Bashfully I dismiss them, trying my best to hide a smile that sneaks out away from my wife, and continue on the track, with one eye now set on the sky, the other on the ground. 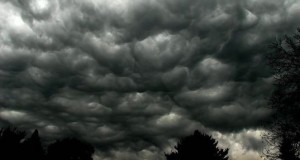 “Oh what a pity, Divya! Damn it! Our morning walk spoiled, isn’t it?” I even know my lines I should say bereaving our ‘common’ loss.

After the first round, I crane my neck to see what is holding them back. Come on, we are ready, open the gates! I look up. Uh oh!

Billions of blue blistering barnacles!!! Stars! Hundreds of them over my head! Where did they come from! Is this what they call the ozone hole!

I don’t know how this happens.

But this is true my friends, the moment they take a look at my wife stomping around along the synthetic track in the stadium with a poor husband trailing her like the tail of a comet, rain clouds shuffle in terror, fly apart in all directions, and get back as much as they could to the edge of the horizon. My eyes well up every morning seeing this ethereal spectacle. 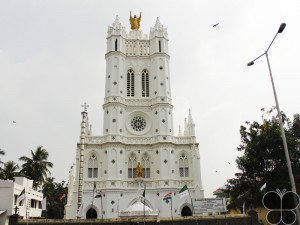 building. Could it be him! I gathered from his posture, – thrown apart arms stuck up to the sky 24/7, pointing at the rain clouds – something is fishy.  Standing atop the Palayam church, his presence could be the thing that makes life harder and harder for me, I began to suspect. He is taking sides in an otherwise fair game! I cursed under my breath.

Oblivious to all the showers of blessings from above, Divya walks in her own world.

But Jesus was hardly the reason why I ran away when my wife fell. Be patient, now I am coming to it.

Well, my wife has this walk problem: she never sticks to a steady pace. She begins slowly. Then she stops to tie up her laces. Then after a sudden thought and with a quick flick of the engine, she would dash off like a missile! I could hardly predict when Ganga turns to Nagavally and then gets back to her Ganga mode almost asking me, what happened to her a second ago. I can only tell her if she asks, a second ago she was slowly chugging like a country boat with me, asking most romantically what I want for breakfast, and before I could answer puttu and kadala, only the dust she had raised remained by me to take note of my wish. When I finally catch up with her, after a pulverizing chase to tell her what I want, she would forget everything, cruising once again slowly like a log of wood along a sedate river, asking once again what I want for breakfast. 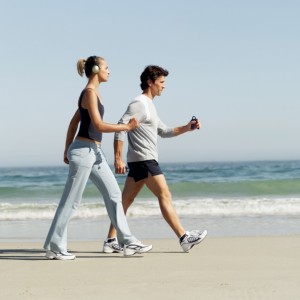 Murder me, but I wont answer this time as I know she won’t be around when I answer and that at her top speed, it is very difficult for me to catch up.

Such surreal walk formations where a husband could never predict the pace of his wife, bug me all the time, more so when I catch those young women sprinting towards us from the opposite side in the morning sun. The unedifying spectacle of a husband trailing far behind his wife, huffing and panting, makes me jittery. I would then start talking to my wife to slow her pace down, but making it a point never to steer the conversation towards anything breakfast.

It was with such thoughts gnawing inside me, that I caught those beautiful girls walking up against us, day before yesterday. I got nervous suddenly. We were walking quite fast, I don’t know what would happen next, either my wife would slow down, tie her laces up, or press her nitrogen booster. It is a tossup. I prayed as I walked.

It was then that I caught a flicker of a movement out of the corner of my eyes! 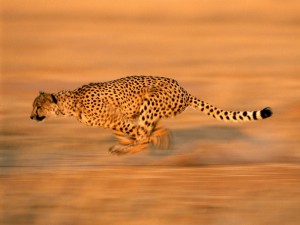 Attukalammachi! With a war cry I saw Divya lurching forward like a cheetah! Manu! Sprint! I told myself. If I don’t get a headstart, I’d lose this battle before all these beautiful girls coming! It is hard to keep up with her pace and maintain my composure, poise, balance and appealing facial expressions at the same time, I know. But this is not a moment to bother about such trivialities. Run! Run! Run! The last that I saw was my wife ducking low! What’s that for, jolly heavens! I panicked even as I ran! Another technique! Would she now head past me like a rocket making a laughing stock out of her husband!!! I thundered on with all my cylinders burning. Come what may, I am not going to let the devil go past me before we reach the girls. “Tamaar! I heard a loud thud at my back and a doleful squeal from the synthetic track. Without stopping, I turned back my head to check what it was. I couldn’t see her for the first few seconds. When I saw I stood up on my breaks!

Uh my! I was mistaken! What I saw a few moments ago, and triggered me on was not my wife pacing up, she was tripping over a stone and falling down!

The girls helped me gather my wife up from the ground to her feet. I thanked them profusely. Thank god! I said. What, my wife asked. Thank god, nothing serious happened, I said and thanked the girls again.

Manu has written 297 stories in Rum, Road & Ravings. You can read all posts by Manu here.
by Manu |
1 Comment |
Featured, Freekick, Published Stories

One Response to WHY I RAN AWAY WHEN MY WIFE FELL