A girl desperate to get back to her home tried to wave me down on a hartal day as I was roaming around my city giving away free lifts. One part in me wanted to stop for her, another wanted to speed off. This is an apology to that girl for whom I could not stop that day. I have also got a lot of women who found a meek opponent in me in pitched fights marching through my mind  when I wrote this. Sorry if it hurts any one of you reading.

I cannot hurt a woman. Even if she makes a mistake. Even if she attacks me. I let go. I may play possum – I tell her with my eyes shut I am dead and 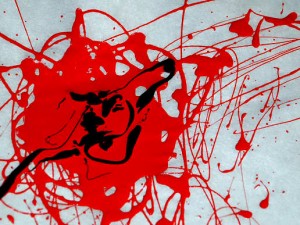 so cannot fight back. And I lie there until she leaves me, looking for more exciting battlefields, with prospects of more blood-smatter and fat.

Here I surrender, I bleed, I let my ego go.

Because the woman I must fight is a mother. A sister. A daughter. The cause of human race. The  divine presence.

Pfft! That’s not the case.

I let her go because she has the law on her side. I have none.

I hold back my anger, turn it inward, and destroy decoys I keep on building inside my mind to vent my frustration.

Somewhere in the woods a tiger had mauled a man to death. And brutal death it was.

I could not help dramatizing those last moments of his life in my mind when the beast had picked the first whiff of the man, stole upon his prey quietly through the bush, stalked, pounced upon him with a deafening roar and shredded him to pieces.

Well, the man did whatever he could do in these kinds of rare circumstances – he died.

There was no fight. No whimper.

He found death easier, kinder, simpler than a long life in the prison he would have gone to had he put up a fight. Rather he would die. They say at the last moment he threw his arms away so that even his nails wouldn’t dig into the beast’s flesh in pain as it embraced him and tore him apart, chromosome by chromosome, conviction by conviction.

He lived in this side of the law all the time he lived and wanted to die the same way.

It is hard not to fight back. Like a cornered rat you too feel the urge to react at this sort of crisis. You duck to the ground to pick a stone, you come up and raise your arm, and then you cease suddenly. Because now you realize you are not a cornered rat . A rat cornered is not bothered about the long arm of the law sneaking behind it, but you are. Listen. In the wild you always hear forest guards roaming around in their jeeps to make sure that every man surrenders meekly before the animals without a whimper. No law of self-defence applies here.

So my woman. This silence doesn’t mean I am wrong. But I let go. Because legally you are more right than I am. So I put the stone down.

Tell me. Have you ever been to farmlands near the woods and asked the farmers what their greatest fear is? When their crops get ripe 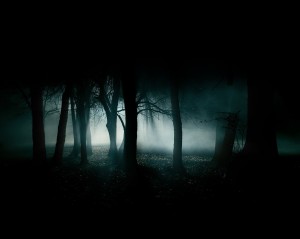 to be gathered or picked, elephants or wild boars come in herds from deep forests during nights to destroy their produce. It is sheer apocalypse they witness every morning.

“Fate,” they throw their gazes heavenward.

Every night a dog disappears from a tribal village. Sometimes a cow. Children huddle around in fear when a goat’s sudden bleat soars up in the night air piercing the silence. Leopards. They know the moment one prowls on their roof, with their glinting eyes following their cattle. But what could they do! They don’t have a single law to protect their cause.

They too let go. Like me. They too hear the forest guards roaming around to make sure that the animals get what they want.

Help me! A girl might plead to me, tomorrow.

A year back my friend’s friend came across a wounded deer while he was driving up a jungle road. It was a pathetic sight. Some other vehicle had hit it and sped off. The good Samaritan was suddenly all concern. He rushed to the nearby forest office to alert the uniformed men on the matter. The officers heard him out patiently, sent a rescue team to the site, and then turned to the friend. “We can arrest you!” “For what?” He almost jumped back. They smiled and advised my friend not to be too concerned when he comes across a wounded animal next time as the lethargic and blind law grabs the one that comes before it rather than chase  the ones who committed the crime.

Twenty five years ago we were terrified by another incident that happened in the life of another friend. 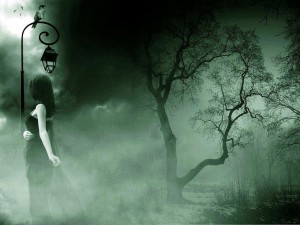 He was a pre-degree student like me. After watching second show he was getting back to his home on his bike. Near the SL theatres, a girl waved him down pleading frantically for help. She asked him to whisk her away from the scene as a few hooligans were closely chasing her. It was one pm. For a moment my friend thought about his sister at home. He stopped his bike. When the girl did not mount he turned around to ask her what. A chill went down his spine. He saw the girl and the hooligans all banded together brandishing little sharp weapons.

My friend was threatened to part with all valuables he got, purse and watch. If he wouldn’t cooperate, she told him she would scream aloud now waking up the whole city. She would then have a different story to tell the people and the police. In that script the hooligans will become the good saviors. And he…mm..

He gave up everything. Including his balance of mind. His family had to seek the help of a psychiatrist to bring him back to life. It took two months before he could speak again.

So whenever I see a wounded deer during a jungle trek I let it go.

Because, I don’t have a single law on my side to help you. But I am sad for you. Tangled in all those laws which are meant to help, you may sometimes suffocate and die…my deer.