You are here: Home » Featured » Freekick: The Day My Wife Almost Divorced Me

Freekick: The Day My Wife Almost Divorced Me 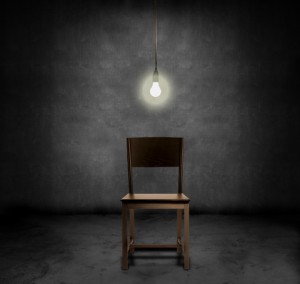 “What?”
“Please sit down.”
“What’s the matter?” I sat on the other end of the bed, facing my wife (I kept that distance, because I had a sudden hunch something was coming).
“Please tell me the truth. Why did you go to Ponmudi with your friends, last Wednesday?”

Hell! For a moment, I didn’t understand anything. An interrogation of any sort is not usual at my home. We folks trust each other, and she knows how far I go with the holy peg. And she also knew why I went to Ponmudi with my friends. After all they were my friends not hers that I took, I fumed internally.  “What the hell do you want to know? See, I don’t have time for any rubbish. You know that we went to Ponmudi to chill out. After all that work…”

She raised her hand to cut me short. “Manu chetta! No lies, please. I am sorry, I don’t trust you anymore. Those days are over.”

I sat there without blinking but staring at a new woman who sat opposite me.

“Don’t take this drama on me, Divya. Tell me what is on your mind,” I was impatient and a bit troubled at the same moment. Does madness begin like this? Or has she found the bottle behind the book rack? I felt a knot tightening inside my stomach as I watched her eerie expression. SHE LOOKED TROUBLE.

Divya pushed a green polythene bag towards me. “Do you recognize this cover?”Instead of the cover moving towards me I was still staring into those stoic eyes. Never seen them like this! Finally with some trepidation I turned my gaze towards the green plastic bag on the bed. 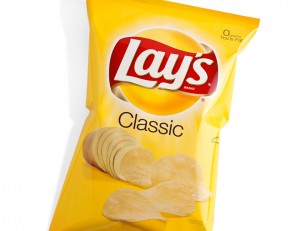 “No… hey wait! I think, I have seen it somewhere.”
“You have. You brought it from Ponmudi.”
“Yeah, of course! Lays! Now I remember. Wafers! Lays! Yeah, there were a few unopened packets of wafers after the party. Thought you would like them. You don’t, anymore? What’s wrong with that? Have you stopped eating Lays! Is it such a big crime not to keep oneself updated about the latest likes and dislikes of a wife!”

Divya pushed the green polythene bag further into my territory, without taking her eyes off mine. “Check what’s inside and see your Lays with your own eyes.”

I opened the mouth of the polythene bag and peered inside. Then I slowly dipped my hand into the darkness and fished out another polythene cover, smaller, transparent, but tightly bound into a ball with rubber bands. The bag was stuffed with…balloons!!! Has December arrived? Christmas! For a moment, I was totally disoriented. No, no, no, not balloons. No Christmas either! This bag is stuffed with…stuffed with…suddenly my pupils popped out of the socket… STUFFED WITH…!!! Oh my God! The whole bedroom reeled around me. The polythene cover was stuffed with CONDOMINIUMS!!! Sorry, Condoms!

“Dear… I don’t know how this…!” I mumbled Purdu and Kongini, I was totally blank. Nothing of that kind happened at Ponmudi, I was sure. No woman, not even women 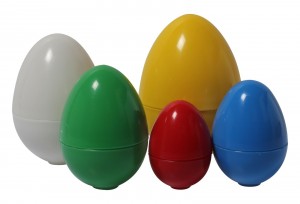 tourists were around at that damned place that season. But then how come I returned with this trophy! A plastic bag that contained plastic bags (like those nesting eggs you get in Easter)  of condoms! This is it, this could be the end of our married life. Welcome you nefarious advocates. Take a seat on my life. No woman would trust a husband beyond this point. Oh my God, oh my God! This is it, this is the end!!! I tried to think back with a fuzzy mind. Had something happened after I went asleep that night at Ponmudi! No chance, I was the last to hit the bed. We were all pleasantly drunk, we were chattering like schoolboys until the last minute before sleep. Next morning it was my friend Sabin who asked whether someone wanted a bag of wafers to take home. A bag of wafers, a Trojan horse, he waved it in the air. I was the first to wake up that morning after Sabin; I saw it and took it home and as if it were an award for the early bird. At home I gifted it to my wife as Lays!!!

Here we were sitting on a bed, husband and wife, perhaps for the last time, with someone else’s bundle of precautions in between.

The next few words I utter might make or mar my life, I knew. She was waiting (Advocates might also be waiting outside my home). I remained silent. How could I open my mouth! With a heart that had already leapt into my mouth and was now clucking about its dry walls like a cock with a half-slit neck, how could I talk! How could I prove my innocence! But first I must find out how this son-of-a-bitch bag landed in my life! Manu, this is no nightmare. Then I thought how envious my cousins and friends were about our life. My cousin, Arya, who is also a doctor used to scold Divya half seriously for trusting her husband beyond all limits: “Divya chechi, I strongly believe that God has forgotten to give you one particular nerve that he gives all women – the nerve of suspicion. With that nerve a 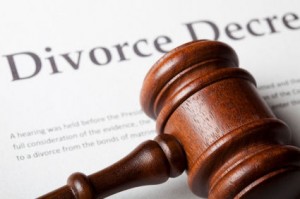 woman knows when to butt in to the matters of her husband. But in your case you give Manu chettan unlimited freedom. You don’t have that ‘nerve of suspicion’.” My wife would then laugh for a reply. Finished. Game over. Janaganamana. That trust is over. This particular incident had touched that raw nerve that was buried deep inside my wife.

Once again I thought about that night at Ponmudi. I had no doubts about my friends; they are all principled, faithful to their wives, keeping their moral values. And they have a lot to lose too if they err, one is a politician, another, a doctor, then there were a couple of media-persons. If I line them up or their names, you would be able to recognize most of the guys. The only vice we all share is a craving for good food. But no amount of craving for food makes a man end up with a tight ball of condoms at his home.

“Divya, there is only one way to prove my innocence on the matter,” I was thinking about that singular way, even while I was talking. The idea hadn’t formed fully, it was still half-baked, but I was already spilling it. “”What?” She asked calmly ( the calm before the storm?). “I am going to call my friends now. And I am using speaker mode in my phone. Listen.” She nodded.

Damn! Sabin was not picking the call. I looked at Divya; she was sitting like a sage on the verge of salvation. I called the next one:

“Hello, Manu.”
“Hello Pratheesh, I have a question(You have got only two minutes to answer). Ready? Do you remember that Ponmudi trip? It was great (I continued in a flat tone). Well, after the 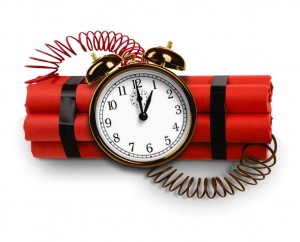 I never heard devil laughing until then. “What are you talking about Manu? Are you reading some story to me from a book?” I disconnected the phone.

“The green bag?”
“Yes the green bag, greenery’s Green.”
“The stuff was in a polythene cover inside the green bag, right?”
“Yes, right. Do you have the answer to my question?” I threw a glance at my wife, my heart racing.
“But how did it end up in your home?” he asked. Silence.
“That was the question I asked you,” I struggled to keep my calm.
“Manu,  I brought it from my home with an idea to dispose it somewhere on the way to Ponmudi. And I gave that bag to Sabin and asked him to throw it out of the car. Hasn’t he disposed it?” 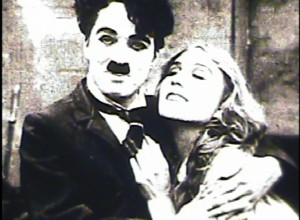 “Yes, he did, my friend. He threw it to my home. But the guy was so kind that he also put a few packets of Lays along with it (Later Sabin told me that it was all a mix-up). Anyway thanks. Ponmudi is a wonderful place to dispose condoms.” I said and disconnected. I turned to my wife; she was s.m.i.l.i.n.g.

“I knew it, Manu chetta. You can never cheat me. You are such a good man.”

Dispelling all doubts, holding my head high, I walked out from the bedroom almost in slow motion. Then I stopped. And turned around. “Meanwhile, what happened to those packets of Lays?”

“That I ate,” Divya replied with wide eyes. Such a woman! Even when she was going through a tough phase, with the prospects of losing her husband, she was busy finishing Lays. That’s some nerve. Or was it a lack of it, I must ask my doctor-cousin to confirm!

PS: I have changed all the names except that of Sabin.

Manu has written 297 stories in Rum, Road & Ravings. You can read all posts by Manu here.
by Manu |
24 Comments |
Featured, Freekick Pure

24 Responses to Freekick: The Day My Wife Almost Divorced Me