You are here: Home » Featured » A Place Named Thengappura 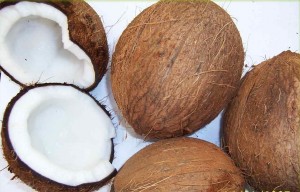 Hate coconuts for a reason.

“I think I’ve heard it somewhere (Not somewhere, my friends. I have already told this bloody son of a bitch a thousand times). So you come from Thyangappura lane,” his brows arch; a scornful smile breaks out across his evil face.

People know that I live in Thengappura lane; but still they find fun in running me through this painful ritual until they hear the hellish name blurt out from my mouth. Again and again. Bloody mongrels! You can’t deliver such a name in James Bond style (Pura… Thengappura…music). The name Thengappura is hardly pliable, musical and not even a bit contempo.

But I live in it. Respect that.

Etymologically speaking, the name ‘Thengappura’ is not a bad bargain. It means the land of coconuts (Thenga – coconut; pura – home). It once served the Travancore royal palace with all the coconuts it needed.

But, to tell you all, colloquially…mmm…er…ehm…malayalees use “Thenga!” wherever the Englishmen use “Shit!” Now you know what my pain-in-the-ass is, eh?

We, the boys of Thengappura grew up wearing this scar in our hearts. At schools we were mercilessly hunted down. 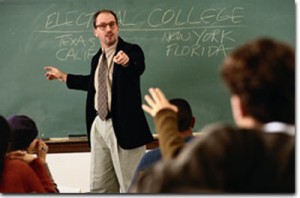 The teacher picking me.

“Manu, where are you from?”
“Pettah.”
“Where in Pettah?”
“Near Pettah. I won’t make any noise in your class again. Can I sit, sir?” I pleaded (I know where the ball is heading to).
“I know Pettah (I know you will know, sir. The plot always thickens like this in our lives). Where do you live in Pettah?”
“Near Kavaradi junction, Can I sit, sir?”
“I know Kavaradi (he knows everything outside the textbook). Where would you go from the junction?”
“To the left. May I sit sir?”
“To the left? Ha ha ha (Is he a sir?)…Thengappora! (He has woken up the backbenchers). So you are from THENGAPPORA (Loud enough for them to catch it), right? Ok. Manu next time, you repeat this, you will be punished.”

What next time sir, you already punished. I collapsed into my seat amidst my class ROFL.

No wonder the boys of Thengappura, my childhood friends, grabbed the first chance they got to escape from the country, from the tagline, Thengappura. But what use!

You cannot erase your childhood that easily how much hard you try. A journalist once interviewed my childhood friend now settled in England.

“Doctor, you are now a famous physician in UK. Heard that you are from the capital of Kerala. Where do you live in Trivandrum?”
“Thengappura,” replied the doctor, smiling proudly (!!!).
“Thenga- what? What is this Thenga in your language?
“Laptop.”
“Laptop!!!”
“Yeah, our youth were the first in India to use the laptop computers. So our place is…”
“Doctor, I am a malayalee journalist. What is Thenga?”
“Coconut.”
The interview ended there. My friend was quite influential so that the story was never published. 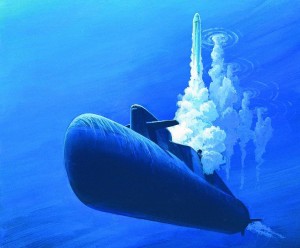 Another friend Raj joined the Navy, hoping that the name won’t reach him if he kept a low profile, under the Pacific Ocean, where his Submarine was idling. “Sir, are you from Thengappura?” He spat out his tea when one of his subordinates asked one evening.

“DO I LOOK LIKE THAAAAT?” He wanted to scream, but….no. After all this is Pacific Ocean, he reminded himself. He resumed sipping whatever tea that remained in the cup, and ordered the submarine to surface.

At teenage when other boys were loitering around with girls, we were in deep shit trying to maintain at least one relationship going.

“Where do you live?” Many affairs crashed their heads against that rock of a question. This writer too was punished until he started denying the motherland. But some bloody sons of a *&^ repeatedly leaked my lane’s name to the girls I was hankering after.

Who can create impressions with an address like this?

We grew up with humility, never drawing attention. Say fashion, only recently some of us dared to slip into jeans and t-shirts. Our boys are still struggling to gather enough courage to let their underwear strain out over their low waist jeans (The only innerwear exposed is that of Mohana annan’s and that comes alive only when he climbs the coconut tree. But sadly that sort of fashion hasn’t been accepted in the circuits because of its weird POV). Forget tattooing. Forget buzz cut. Forget metal rings and hooks. We don’t even tuck our shirts in. 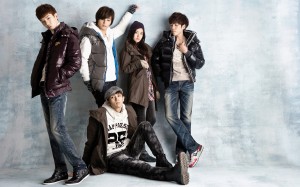 Thengappura boys and gals – An Artist’s imagination. The artist almost chocked himself to death with laughter when we gave him the assignment. #$%^

Tell me, how can we be fashionable with a name like Thengappura clinging to us!

“Mon evidetheya? (Where are you coming from, my son?) One question from an old hag can blast us away into one thousand pieces, especially when she catches us in public wearing studs, tattoo, metalwork, buzz cut and all.

People laugh themselves to death. Can’t blame them.

Nobody expects a cute little baby crawling on all fours, dripping honey, have the name: Thykkattuparambil Ramachandra Pisharadi Avarkal. The tot won’t crawl an inch with that Goods-train tied on its back. So is Thengappura if you put the trappings of fashion on it. Won’t carry, you see.

But credit must go to some of our girls who tried to give the name a twist.

“Cheita…Take us to Teingya Pyoozha…” They used to tell the autorickshaw drivers, chewing-gum in their mouth, to warp it further and lipstick to give it a buzz effect.
“What?” the drivers slowed down the vehicle.
“Cheita…Teingya Pyoozha.”
The driver stopped the vehicle.
“Get another auto. I don’t know that place.”
“Er…please anna,” they looked around, took the chewing gum from their mouth, and whispered: “We want you to take that road to the right from Passport office.”
“Oh…thalle…THYANGAPPORA…. (Bang! Crash! Kaboom!) Ha ha ha…You should’ve told it before,” the auto lurches forward.
Poor girls, they winced, but girls they were, they could only sit with tearful eyes, looking long into the horizon out of the auto, as if somebody has just shouted some very nasty comments at them.

Why don’t you replace the name, Thengappura with something trendy, you may ask. You have a point there.

Was not our famous Jawahar Nagar once Maricheeni vila(Tapioca wasteland)? What about Themmady mukku (Rowdy junction)? Overnight it became Decent junction. And how our neighbourhood Akshara Veedhi(gulp!). It was Drainage Road until yesterday.

You should see how the 57-year old Chinkaran changed his fb profile the day his Drainage Road became Aksharaveedhi (Avenue of letters). The plumber got 845 friendship requests on a single day.

But alas, my place will stick on to its old name. 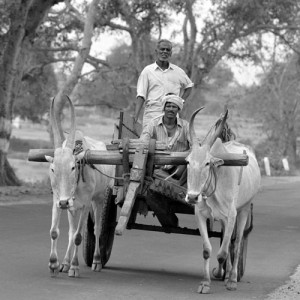 An old man on his way to plead Thengappura’s case.

The moment we try to change it, old men in our locality come in processions in dollies, ox carts, and ambulances to our homes: “Heard that you want to change the name. My son (melancholy music)…don’t you have any sense of history(music of moral indignation)? Our Thengappura was once the royal store house of Coconuts(music of nostalgia). Please do not change the name until we die (Final crash of cymbal)”

Until they die! Most of them look forward to the day their grandsons would bequeath their gadgets to them.

But if Thengappura won’t change its name, its residents will.

Living long with this disgrace we have found a solution. Ask me where I live. “Near Thengappura.” See… that hurts a little. Nobody in my locality lives in Thengappura anymore. It has now become an imaginary place, a construct of the imaginative mind after Maconda, Atlantis, Utopia, Malgudi…

Archeologists say that the space inside the iron grill where the transformer is installed can be the original Thengappura. So everybody can live near Thengappura, nobody lives in. Except Damu, my neighbour whom we anointed as the only resident of Thengappura, its president, secretary and treasurer.

Damu, congenitally retarded, has never denied it until I write this piece. To him every place is Thengappura; he has nothing to lose.

Manu has written 297 stories in Rum, Road & Ravings. You can read all posts by Manu here.
by Manu |
31 Comments |
Featured, Freekick Pure

31 Responses to A Place Named Thengappura