You are here: Home » Featured » The Journey to Ithaka

The Journey to Ithaka

I was on a self-destructive mode. All I wanted was to see my own plans go upset.

Long hours of browsing online to pick the best spots of a place, chalking in the schedules, itinerary, booking hotel rooms, fixing appointments to meet the right people. They all suddenly seemed.

I ran every journey I made for the last 15 years through my mind, trying to pinpoint the feel of each. Nothing. Only a numbness. A patina of lethargy and artificiality has wrapped all my journeys into a single mass and even those fine rumples, that I thought to be so unique to a journey, repeat themselves to form a crude pattern, I could not understand. Every new ride steps inadvertently into its own footmarks and like a stuck cassette player speaks the same word unendingly. I flopped on the same bed sheets. I met the same people. I sucked in the same molecules of despair. Even the light that sieved through the slats into my room drew the same sordid images on the floor.

Why should one travel anymore, if all travels look alike, I grew skeptic. 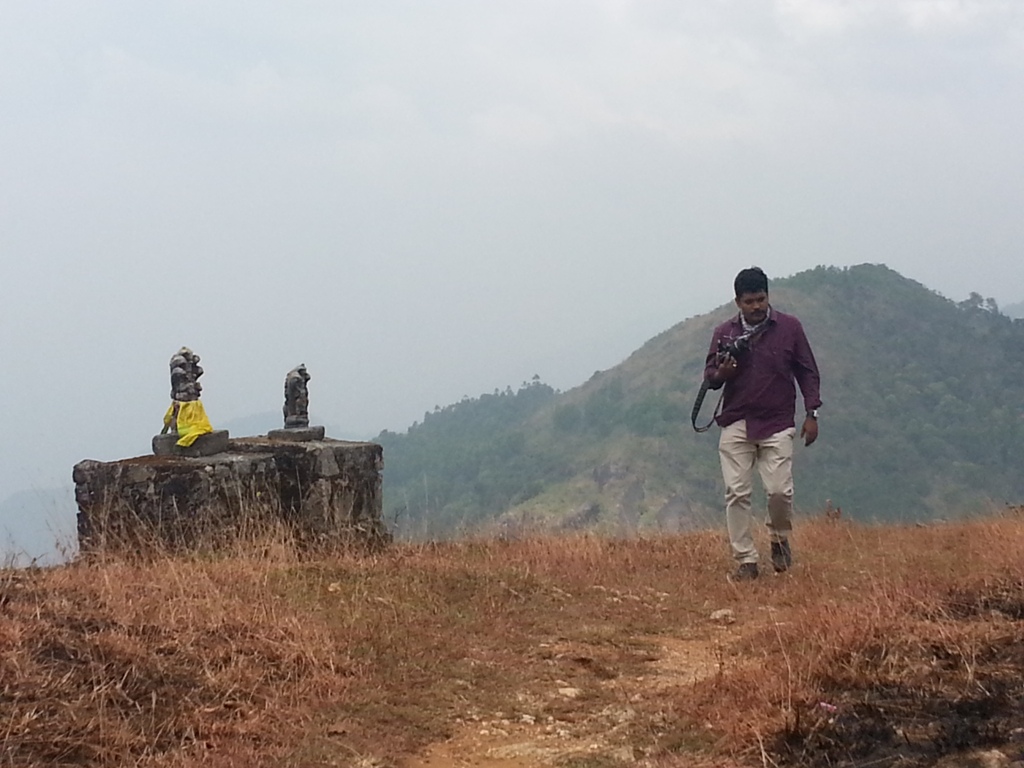 It began with a poem: ‘Ithaka,’ written by the Greek poet Constantine P. Cavafy. The poet was addressing Odysseus who after the Trojan War was lost in the ocean searching for his home at Ithaka.

“So you are old by the time you reach the island
Wealthy with all you have gained on the way,
Not expecting Ithaka to make you rich.”

Something struck deep within, an epiphany, not exactly a feeling new; but suddenly the muffled light that was shimmering inside for long found the right words they must gush into and inhabit them. I rolled off my bed, leaving the poetry book behind on the rumpled sheet, paced up to the window and announced to my wife who was not in the room that I would be going somewhere right then.

Where?
I haven’t decided it.
Then decide it.
I won’t, this time. I said. 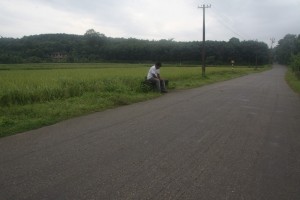 The phone calls – to book rooms in hotels, fix appointments, reserve tickets in vehicles – would not go out of this room this time. Long hours of browsing online to pick the best navigable roads and short cuts, those unmissable spots primly dressed for the tourists and those lesser known wonders – those “gems of purest ray serene”- everything seemed suddenly plastic and made up.

Can’t I make a pure journey! To a place where not a single soul waits for me?

Even before the journey begins, the mind – like a pampered dog which brings the newspaper to its master’s feet and wags its tail in expectation – is braced up for the reward. It knows even the fine engravings on the biscuit it will get. There’s hardly any surprise left if you know where you’re heading. You know the rewards, the fine engravings.

A journey is half traveled at the moment the traveler sets his heart on a destination. He can even see the men he would talk to. Somewhere a river is half-forded, a forest path is half-trodden and even a story is half written. Remember, the traveler hasn’t even stepped out from his home. But if he is smitten by the travel bug he knows how the story would pan out, how the thick spool of road would unroll before his feet. He walks blind-folded because he knows the path by heart.

Oh, like Tiresias and Cassandra, I simmer in such knowledge. What I know scalds me alive. 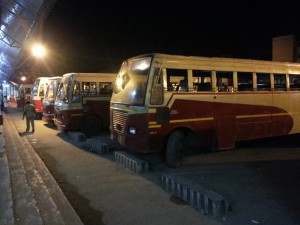 Dear. I’m weary of places – places that get whittled down into three para notes in websites, places that come in clinquant wrappings for the gullible eyes and easily-pleased hearts.

I’m tired of journeys and destinations as well.

I want to get off from a long schedule to a single moment. Yes, I mean it. Travel in the moment! How blissful such a journey would be! Without expecting anything from the unformed hour ahead, not to say anything about a destination that is still far away. I have a weird feeling now: my destination doesn’t exist anywhere in this universe at the moment. Not even as a figment of imagination. Only my arrival creates it.

You are crazy, Divya snubbed.

By that time I did everything to provoke a wife (she was in the bus stand to see me off). When she asked me where I was going, I asked her to wait. I fished out my mobile from the pocket, took a pic of a fleet of KSRTC buses lined up at the Thampanoor bus stand at 8pm and posted it in my Facebook timeline. “Wait,” I told my wife again. The buses were purring in excitement. But I would not choose my beast this time. My readers would. Suddenly the comment box in my mobile jumped into action. 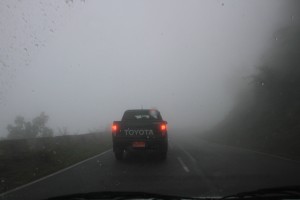 “Mattuppetty,” one reader said excitedly. “Sultan Bathery,” another suggested. I had been to all those places. I knew their wares by heart; I could hear the very same narcotizing numbers they had been singing for long. “Perinthalmanna,” another reader who pressed her nose close to her monitor could finally read the illegible name from the board of a bus (from the pic  of those buses that I posted) screamed.

There was silence. The discussion came to a grinding halt with the name. Only my wife shook her head.

It was a rainy night; I knew it would be a long and slow journey. “Have you ever been to Perinthalmanna?” my wife asked, all concerned. I looked away and lied. Dear. You can’t understand the flutter in my stomach, the saccharine anxiety I feel deep within when I think about my ignorance of anything Perinthalmanna, my destination.

The road was slick with water, it reflected sodium vapour lights wherever towns came.

I shivered in the cold, but like an obstinate child who has fortunately got a side seat, I fended off requests to pull down the window shutter. The rain passed through me and shook the men sitting behind me. When I finally 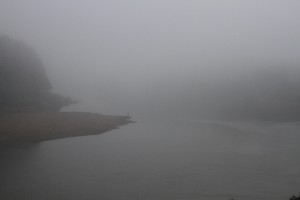 complied with the pressure, my ears had blissfully taken the baton from my closed eyes. The coarse chatter of rain on the metallic roof took me off from my callous seat to an ethereal world. The music had everything that a lullaby lacked. It kept me sweetly awake and philosophical deep into the journey.

All alone to a place I’ve never been. My skin tingled with excitement.

I tried to think  about the beds I would spread my tiredness and despair at the end of the long day in the sun and the rain, about the same beds I would roll off in the morning with freshly-lit embers of hope in my heart.

I could see only the night now, the darkness. Could hear only the rain, the metal roof. 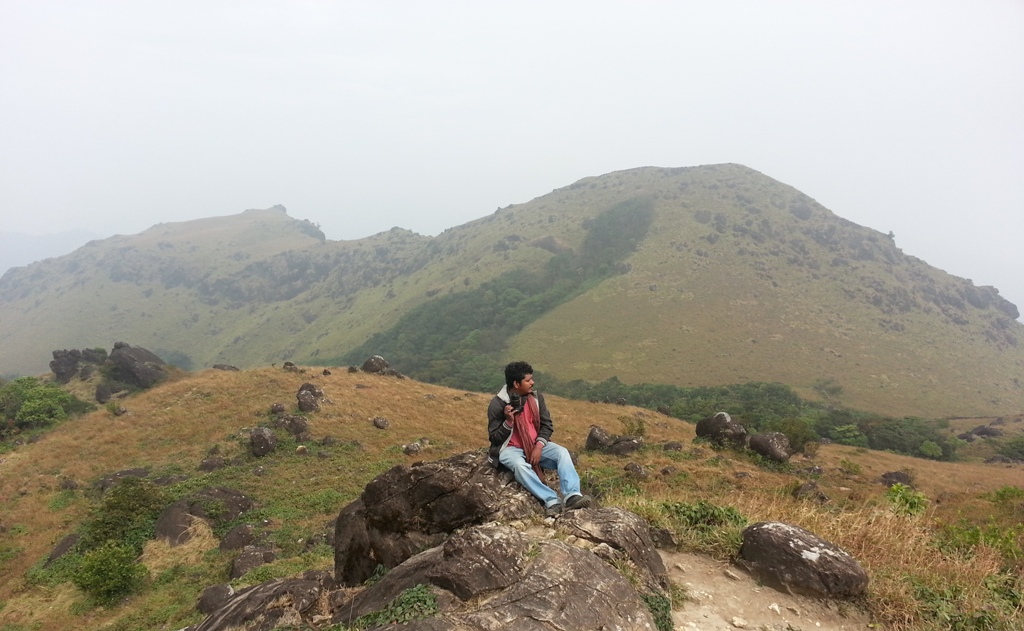 Each day… I smiled to myself in the darkness inside the bus, imagining about it. Each day I would pick a strain of music from the street and chase it obsessively down until the sundown. But I don’t want to see how a story ends. That traveler in me is long dead. Sometimes I might freeze midway like a street dog, perk my ears up to catch another thread of voice, however faint and broken it might be, but which could hold me in rapt attention evoking a memory of a previous life or a dream that I had half-seen, feel the gentle undertow in my soul, and then let my feet turn, and take me to a deserted road even without my knowing.

I would carom off from one instinct to another. I would let the wind carry me.

See. The traveler has finally come off his schedules and shed the well-coiffed streets and roads behind him; he has broken the Commandments. He wakes up from the journey an 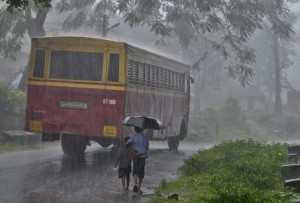 d gets down finally on the road. On his lips play the words:

“And if you find her poor, Ithaka won’t have fooled you
Wise as you will have become, so full of experience
You will have understood by then what these Ithakas mean.”

4 Responses to The Journey to Ithaka