You are here: Home » Featured » Some like it Du kang! 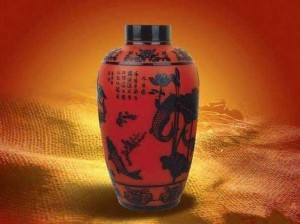 Feast your eyes on its beauty, bring it closer so that your nose picks the sweet wafts of a fruity aroma, now gently lock your lips on the brim of the cup and let the liquid gravitate into your mouth molecule by molecule…

Du Kang never thought he was going to be a legend in Chinese brewing industry when he stashed away wheat and millet in a tree hole near a mountain spring. He was saving them for hard times.

Born into a family which held office in the Imperial court during the Xhou dynasty in China, Du could have led a comfortable life. But alas! His father was implicated in a plot against the Emperor. Now he had to work under a landlord along with his uncle. Du Kang saved half of his meager ration in a tree hole near a mountain spring.

One day when they were too tired and hungry (or bored), Du Kang’s uncle put his hand into the hole and pulled back a lump of gooey yellowish mush. He squeezed the sticky thing between his fingers. A fine golden liquid oozed out through his fingers.

The old man licked his fingers, looked at Du Kang and broke into a broad smile. Their future had changed, he realized.

Soon, they escaped the landowner and set up a brewery in Northern China. Du Kang’s wine became popular after his name.

Now it is one of the most popular drinks in China and one of the oldest ones in the world. You know how to pay respect to such a great drink, right?

Feast your eyes on its beauty, bring it closer so that your nose picks the sweet wafts of a fruity aroma, now gently lock your lips on the brim of the cup and let the liquid gravitate into your mouth molecule by molecule, close your eyes to get intimate with the regions where the wheat was grown, slosh the gold liquid in your mouth so that every inch of flesh gets titillated, and send it down. “AAAaaarRRrrrggghhhh….”

“AAAaaarRRrrrggghhhh….” Don’t look elsewhere. That is the 6-Track Dolby Stereo sound of you throwing up all you have just drunk. 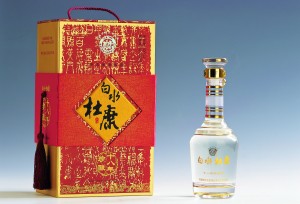 Du Kang is not a drink to be nursed, petted and caressed. It must be beaten to death. Like a mad dog. Here’s the user manual.

Hold your glass by its neck as if you are going to smother it, clutch your nostrils tight with the other hand, and shoot down the fiery liquid in one swift and clinical move down the throat. A yucky taste of diesel explodes your lungs, mouth and brain. With an ABV of 50-60 per cent, the disgusting liquid fire will leave a furnace-like burn down the drink pipe.

Chase it down with all the pickles from every table of the bar to kill that burn which can last for several, seemingly infinite excruciating moments.

Given its reputations as one of the fieriest drink, Du Kang has been used to make and break the macho image of many young drinkers in their friendship circles.

How potent is the drink? We can hear it from the horse’s mouth. Du Kang put a board outside his inn which claimed: “Free of Charge if it doesn’t liquor you up for three years.”

“I have drunk from the sea of Japan in the east to Sichuan in the west; to Yunnan in the south and to the north of the Great Wall. Never have I seen double, not even for half a day. Today I come to your place, and you dare boast like this. I’ll drain all your pots and jars and within 3 days you’ll have to close.”

With that he tossed back three cups of Du Kang’s wine. Liu staggered home, delirious, talking rubbish and finally collapsed. What we see next is Liu’s burial(funeral music). Three years passed; Du Kang came to Liu’s house. Liu’s wife shouted at Du Kang for serving a wine which killed her husband. 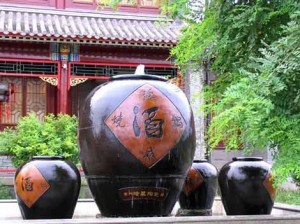 Will you burn your pocket to buy a bottle? I will. If I have the money.

And a friend to taste it for me. Won’t you?

Manu has written 297 stories in Rum, Road & Ravings. You can read all posts by Manu here.
by Manu |
4 Comments |
Featured, The Big Shots