You are here: Home » Rum » Culture & Etiquettes » Onto the Scaffold with the Poles

Onto the Scaffold with the Poles

I know why many of you prefer vodka.

It was our customary first-stage promotion from the world of beer. We had only a faint prick of conscience when we knocked back for the first time the colourless, almost flavourless, odourless liquid which had the look and feel of water. 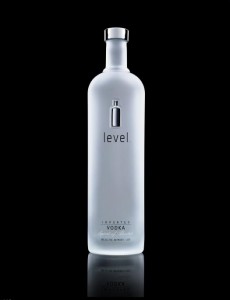 A little water, after all, can do no harm.

In fact it was from ‘woda’ which means water in the Slavic tongue, vodka got its name.

We also love vodkas because they can easily get us through the parental alcohol detectors posted at the entrance whenever we come home after celebrations. I feel grateful to quite a few brands. Some of them work for me like Stealth bombers, never getting a bleep on the powerful radars of my wife as I fly past her late from ‘parties’.

Of course not all vodkas are so decent.

There are vodkas which can make my neighbour two houses away retch with revulsion, the moment I open my mouth here. Such is the stench.

It is distilled from mashed potatoes or grains.

The traditional connoisseurs from a country like Poland would wrinkle their nose if they are offered a vodka based on anything other than potatoes or grains. They wonder why people complicate a wonderful drink by distilling it from fruits and herbs.

But many go for the complicated.

They distill fruits, herbs, grasses or whatever they can get their hand into for making vodka. Companies are interested in anything that is regionally available. That is why pineapple becomes the natural choice for Pau Maui vodka, made in Hawaii.

And can you imagine, another brand, Vermont White, is made from milk! 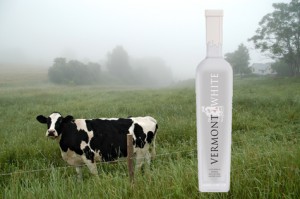 “Amma…I wanna drink milk.” Imagine. You can croon, get the bottle from under the desk, and sip the liquid right before your mom, wife or even your would-be. (Warning: Don’t get the womenfolk anywhere near the drink or this story).

Vodka is humble too.

That is another reason why it has become the favourite spirit among drinkers the world over. It is party-ready to mix up with anything and anybody, anywhere in the world. Vodka martini, Bloody Mary, Screwdriver… you name your favourite cocktail, I will strain vodka out of the mix.

One can thus wax on for ages about the qualities of vodka and how it is made. Let that wait. For us, it is time to pick our bags for a trip to the most significant place in the vodka belt countries – Poland.

Did I say Vodka belt?

Which means, if you come across a bottle of vodka from any of these countries, pawn any thing to grab it. Especially the Polish ones.

In his work ‘Three Sheets,’ Zane Lamprey refers to a Polish saying: “Po szklanie I na rusztowanie”. Stumped? It means “Another glass and we’ll go onto the scaffold.” So committed are the Poles to their drink.

Even in the 1500s, people in Poland were making a crude form of vodka for medicinal purposes. At least that was how they defended it. 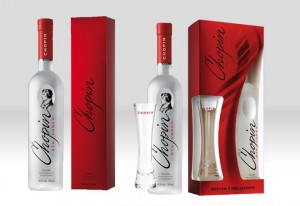 Come to Poland now, you can find more than a hundred brands. The most famous ones are Chopin and Belvedere, found by the Tad Dorta, the tycoon in the Polish Vodka industry. Take Chopin. You can find the magnified image of the celebrated Polish composer, Frederick Chopin on the bottle.

In the time when the world knew only Smirnoff and Absolut, Dorta barged into the vodka industry, creating a space for premium and luxury products and secured his twin vodkas right there. For the fist time he introduced frosted bottles into the market.

Dorta was a hardcore traditionalist who couldn’t brook the idea of vodka not based on potato or grains. He has other dictums as well. To him vodka must be drunk at room temperature. You chill it, or water it down the drink loses its flavour and texture. For the perfect experience the drink must be taken neat.

One peg in one gulp. Gulp!

But Poland has already seen the last of such disciplinarians. Nowadays, people have picked up a taste for cocktails and flavoured vodkas. Some traditional Polish vodkas have long been treated with locally harvested wild grasses, fruits, roots and herbs. Brought together they give the drinker a taste of Poland, the terroir. 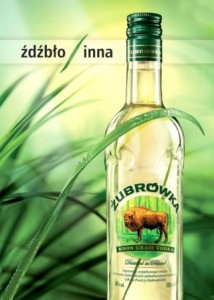 One of the most famous Polish vodkas, Zubrowka (pronounced zhuh-BROOV-kah) made in the Lithuanian border is seasoned with bison grass. But alas, the US Government banned it soon on the ground that one of the ingredients in the vodka is considered to be a blood thinner in its findings.

You won’t find Zubrowka difficult to spot it in a department store. There will be a signature blade of bison grass in every bottle of it. (Please give me a ring when you find one. Zobrowka must be sipped along with the man who introduced it to you – Jungle saying).

Time to toast with the Poles.

When you are in Poland realize that drinking is a public affair. In wedding parties and other ceremonies vodka runs like water. Understand that you can’t be a mild drinker and a guest of a Pole at the same time. He won’t stop refilling your glass. He won’t take a no from your side. And every time he fills it to the top he expects you to take it in one gulp, ‘to the bottom’.

So squeeze in enough water or a Polish snack like pickles or sausages in between every toast. Miss a few turns on the pretext of a phone call or take regular pee-breaks.

All this means, you have to drink with caution when you are in Poland. Never try to out-drink a Pole unless you are a Pole. Or. Experts say you will stand a little chance if you hail from the extreme south of India.

Manu has written 297 stories in Rum, Road & Ravings. You can read all posts by Manu here.
by Manu |
4 Comments |
Culture & Etiquettes, Featured

4 Responses to Onto the Scaffold with the Poles