You are here: Home » Featured » No Drinks with the Journalist

No Drinks with the Journalist

Musings on my old profession: Journalism

I rushed to the bureau to tell the chief that the magician had arrived. 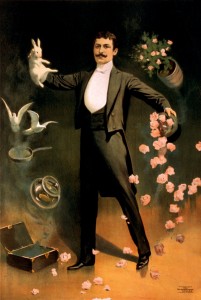 Hardly any flutter. The chief didn’t raise his head; his fingers didn’t stop pattering on the keyboard even for a second. “Tell him to come later,” he said. His steely tone hardly hid his annoyance at me leaning over his desk blocking his muse.

How can I, I sweated. I had already told the magician to wait outside until my bureau chief would come out in person to welcome him into our office. Oh, how stupid! Finally he lifted his head and asked: “What?” I shook my head.

“Manu, tell your magician that I don’t have time to talk right now. I am damn busy. Understand?”

Every word he uttered was distinct; it had a clinical precision, with brief stops in between as if he was ticking off, as an exasperated parent, an obstinate kid who wouldn’t grow. The ring of disdain was unmistakable.

“He comes almost every day,” Later I saw the security man shaking his head in despair, “that magician.”

I began my career in media hating this contempt, this universal scorn that journalists share among themselves for men we think great. Helpless cynics, I used to mutter behind their back even while I worked with them.

When I got the first opportunity I gave up media and switched to teaching. I felt a big load sliding off my shoulder. No more need to listen to snubs and taunts and catch those in-house rolling eyes and stifled smirks at the pathetic sight of a poor artist trying to explain his art.

A week before I quit I had to answer a call at the office.

I almost sprang up from my seat in respect when he revealed his identity over the phone. A bigwig in Malayalam literature. A critic. I used to go to his home with my father.

But the celebrity never took notice of me when he discussed (He taught my father long ago) life and literature with my father. I was hardly offended as I was just a knat that wandered into his illustrious world of writing.

“Sir, no senior journalists are at the office now. Do you want to leave any message for them?” I asked. My voice trembled with respect.

“No need. May I know who you are? Oh, a trainee? What is your name? Manu? Tell me about yourself. How do you like this profession?”

This man could talk to me!

The chat went on for almost an hour; the topic was surprisingly ME; my world and my outlooks.

He probed my likes and dislikes, laughed at my silly jokes, advised me in my career, quoting the few poems he had written at intervals. He said he liked the way I talked; he invited me to his home to have more detailed chat on my future. He could give me more advices, he claimed.

Alas, the excitement of talking to him did not last. I learned to my dismay that he played the same cards with other journalists too. Told them he liked their talking too. Invited them to his home. He could be great elsewhere, but his fame stopped at the gates of the newspaper office; he was known here for his nuisance element. His calls to the office were to keep stoking the fire of his fame. What did he gain? His name cropped up in the paper wherever there was a need to include a cultural leader’s response.

How can I blame the journalists for their perpetual disdain for humanity! They see this shit everyday.

Journalists. They are the makeup artists who see those blemishes behind radiating beauties; they’re the ones behind the stage who witness Maharajas pressing down cardboard crowns on their heads, scratching their privates, winking lecherously at minor actresses before the curtain rises; they’re the drainage cleaners who are condemned to see only the shit beneath even the ‘poshest’ toilets in the town.

The magic we see is to their wearied eyes practice and mere gimmick. 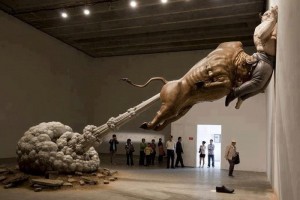 “Oh, I cannot shake it away from my mind, Manu,” I remember what my journalist- friend told me about the first time he met his favourite writer. In fact he didn’t see him, but he heard him emerge into his life as an unpleasant noise.

So suddenly. With a blast.

“I was such a fan that I had been waiting all my life to meet him until that cursed evening.” My friend was in the wash area of a hotel when he heard a loud burst of fart behind him. Even after he spun around it wasn’t complete. And there! He saw the writer he was waiting for all his life emerging out of a toilet, closing the door behind, smiling blissfully, amused at his latest work he just made. Oh, my poor friend!!

All those great works of the writer, all those philosophical musings that he had made, all his fuming in public against exploitations of nature, shrunk in my friend’s mind now into a single long fart. Tell me. How can  he ever summon again the image of the writer in his mind without entertaining the memory of the longest fart he had ever heard! I stopped reading him, he said.

A journalist in his career is stuck up with such shit.

While great writers charm the readers with their works a journalist is condemned to live too close to their corporeal selves picking up the unpleasant noises and ugly notes emanating from them. Some celebrities are plain crooks, some are fakes, and some others are filthy womanizers. No choice the journalist has. He must swallow the scum and present the clear brew. His is indeed a cursed life, that of God himself, stewing in his own gravy named ‘too much knowledge’. Can they write what they know? Can they ever tell the truth about the man behind a work of art? No.

Most of them turn invariably into cynics.

A few other journalists smile and take to those muddy waters like dirty fish. I have met quite a lot of them in my life.

Two years ago I had to organise a meeting in the city in memory of my late father who was a Malayalam poet. After the event a few scribes approached me. They didn’t mince words. “So, where are we going?” I don’t understand, I replied. “Throw us a party, and we will see that your story gets prominently displayed in newspapers and channels.” 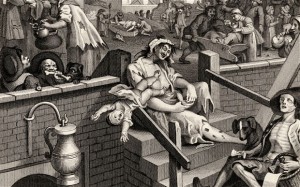 I said thanks, but no.

Then they told me this is de rigueur, the convention.

One part of me suddenly wanted to tell those scribes whom I hardly know in person to go and fuck themselves. I didn’t. After all, this could be, as they told me, the usual practice in town. If you don’t want it like that, it’s fine, but keep your mouth shut.

So this is it.

This could be how stories appear and disappear, expand and shrink in pages.  Like those undertakers, mortuary guards and drainage cleaners who take huge mouthfuls of spirits in order to stuff their senses before doing dirty jobs, some journalists need the liquid to get dirty.

The incident shook me hard.

I am the only one in the family who fights against forming a memorial trust in the name of my father (as I believe memorial trusts are for the living, not for the departed souls). If I let it happen I know they will soon beat their way to my home, like hungry bugs, to enlighten me on what is de rigueur with forming of a trust and how to run it with elan. “Let us talk more over a drink,” I can hear it coming my way from future. They’ll present a long list of dead men whom they’ve helped to achieve immortality.

Sorry. No memorial trust. No drink with the journalist. Here I lay my glass upside down on this table.

There is no party.

Manu has written 297 stories in Rum, Road & Ravings. You can read all posts by Manu here.
by Manu |
12 Comments |
Featured, Sane Ravings

12 Responses to No Drinks with the Journalist