You are here: Home » Featured » My Last Piece of Chicken

My Last Piece of Chicken 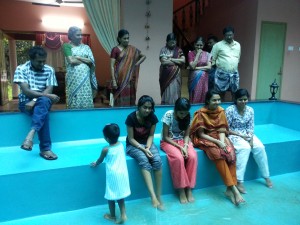 The conversation started on monsoon, veered around those dangerous cyclones frequenting the US, made a brief touchdown on Syria for fire and fuel, tore through the defenses of Obama, cruised over the turbid waters of Indian economy, plummeted to state politics, went further down and kissed past the local sleaze and was about to shake off the muck and soar once again to the dizzy heights when it happened…

I took one piece of chicken.

It was the last.

A pall of gloom suddenly descended on the family.

Syria, the cyclones in the US, the heavens, Obama, economy, religion, politics, the universe – all got warped up and sucked into the empty white bowl left at the centre of the table, still warm with the impression of the last chicken piece. 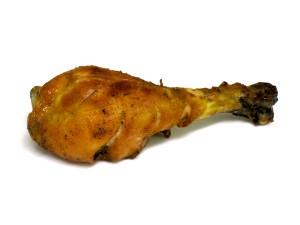 Nobody spoke. Nobody moved. Nobody breathed.

Finally, from my large family which had gathered at a resort in Kallar to celebrate Onam, one of my elder cousins gave out the first signs of life. He sighed.  My uncle. Still sitting with his head hung low. An aunt. Staring ahead on the blank wall with vacant eyes. My wife. Blinked back a tear; my mother stifled a whimper.

All I did. I took one piece of chicken. And it was the last.

Three hours ago when the party began there was a huge heap of chicken in the white bowl we could freely indulge our fingers into. Everyone in the hall was blissfully content. It did not last. 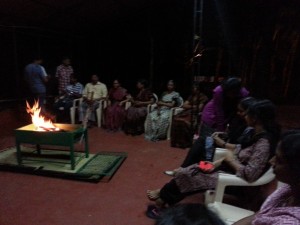 At the pitch of the celebration we ran out of fun.  Only one more piece of chicken was left on the plate. Too soon! We’d reached the no man’s land.

Etiquette says the moment you see only one piece left on a plate at a dinner table the warring parties should lower their weapons and retire to their stations and wait until further orders are issued.

It is like British constitution. Unwritten, but it is the custom.

We took our eyes off the chicken and tried to focus on our discussion on the Middle East. After all, who’s greedy of Chicken! We had come all the way down to Kallar to celebrate Onam as a family, not to binge on chicken. “But actually do you have an extra bowl of chicken?” My cousin turned and asked the hotel staff at the precise moment when the whole family was waiting for him to answer on a question on Egypt. 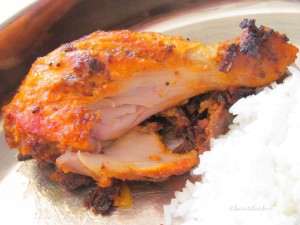 ? He he he…never mind, just asked. We actually don’t want it. We have come all the way down to Kallar to celebrate Onam as a family, not to eat chicken, he said. The last words were gurgle, drowned in drool. Obama to Oomman Chandy. Syria to Saritha. The night was young with our chat.

We almost forgot that there was still a chicken piece left on the bowl looking at us with lidless eyes.

To tell you the truth, nobody got even half-a-chance that evening. I was swift like a lightning.

I scooped it from the plate as if it was a heirloom handed down to me through a different line in my family, a bloodline as secretive as the Knight Templars, and tossed it into my mouth, in one simple ritual. It sank down into my system smoothly.

Nothing could be done about it now chechi. It is gone. Forever. Forgive me.

They all hate me now. And I know why. 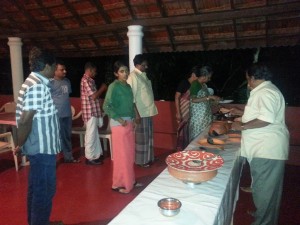 Fourteen pairs of wavering eyes were also tending the last chicken piece with care all that time, watering it, watching it grow into gargantuan proportion in their hearts. Amidst all that talk they made on Syria and Egypt.

Every time your glance flitted from one face to another, I vaguely remember, how your eyes made a quick detour towards the chicken piece, that last one on the plate, perched on its oily redness, its spicy dust of masala, even if only for a second, and swiftly bounced off – rubbing away the chicken dust that still clung to your wings – in mortal fear.

My eyes also fell on it. Sadly they got stuck.

Yeah, I took it. I ate it. It is gone, my dear aunt, it is gone forever. Forgive me.

“He is a glutton. Must be careful. He desperately needs dieting,” one of my aunts warned my wife next day, I could hear her teeth still grinding. My young niece stopped talking to me since then.

A doctor cousin was so angry that she took out calipers, stethoscope and measuring tapes right there at the crime spot and sounded like ambulance: “LDL, HDL, Good cholesterol, bad cholesterol…” She panted heavily and continued: “Beware of his crave for chicken (especially the last one that I ate)!” 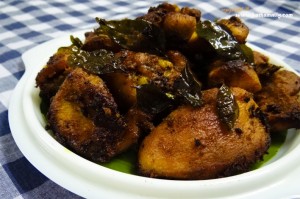 old is he now?” my uncle leaned forward towards his sister, my mother  – his mouth still wet with its memory of the last chicken piece that had vanished – and asked in grave concern.

The whole family was scandalized about the way I eat. Hushed whispers behind curtain.

“Listen, you must take care of his health. Yesterday, when Manu leaned back in his red t-shirt and khaki shorts outside the resort and looked up at the second floor with one leg perched on a stone I noticed his tummy coming out.”

True, a couple of chicken pieces have an immediate effect on my tummy. My belly acts madly like a football crowd. The moment I tuck a chicken piece into my mouth, the belly assumes that a Mexican wave is coming and it must rise to keep up the good spirit. But I don’t understand why the bloody thing refuses to sit even after the chicken passes it. 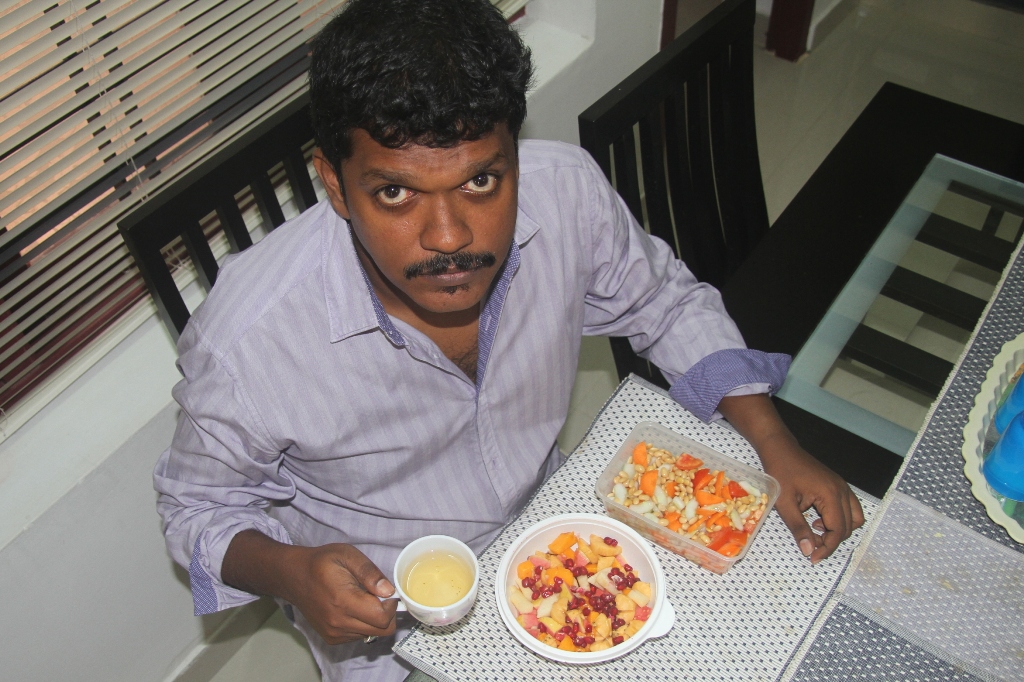 Until now everyone in my family enjoyed my craze for meat. “It is easy to have Manu as a guest. You only need to prepare a chicken curry and rice to please him,” that was the family saying. Good times are gone.

Catch me vegetarians. I am coming.

10 Responses to My Last Piece of Chicken