A word of caution: After reading this, don’t grow a habit of ‘remembering to forget’ using milk in time. It will hardly turn to your fancy drink with any amount of pressure or time you lavish on it. 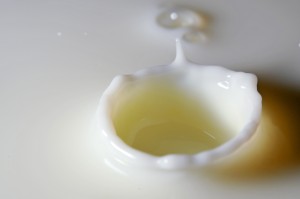 There was an age at which we all grew out of milk. I know only a few adults who continue to have the same amount of passion for the white drink – a love to flaunt that milk mustache – like when they were little children (My father was one).

May be we had run out of reasons to love milk as we grew up. Ask a Mongolian.

When you travel through the Central Asian Steppes, especially those countries like Mongolia and Kyrgyzstan, you will bump across nomadic people – Bashkirs, Kazakhs, Kyrgyz, Yakuts, Mongols and Kalmyks – who will swear by the drink, milk. They are ready to take it in any shape or state.

So patient are they with the drink, that they have grown a traditional habit of waiting over the warm milk to see and enjoy its different phases of life.

As you lounge around the villages you will notice outside every yurt (hut), a curious bag hanging at the entrance. Neighbours and passers-by are expected to chip in. They won’t pass by without giving it one good punch or severe shake with their hands, or they will consider it rude. Heard something sloshing inside? It’s milk.

With every punch you shuffle the chemistry of milk inside. It turns degree by degree, punch by punch, into a drink named Kumis. 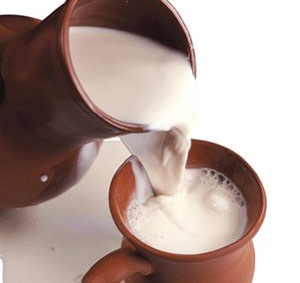 Kumis is fermented milk. But that doesn’t mean every animal that comes this way grazing can be milked to make Kumis. Forget cow. Forget buffalo. A piyala(the cup they use to drink the potion) of traditional Kumis begins its journey only from the milk of a mare. If it is genuine, traditional, authentic.

In countries where the livestock outnumbers people by 15 to 1, horses are not taken for granted. Especially those hoofed ones at their lactating stage. You won’t find them dime a dozen. A steady production of Kumis on an industrial basis requires a big line up of lactating mares. (Such elaborate procedures explain why there aren’t any Kumis in our part of the world, though there’s milk aplenty).

So what is so special in mare’s milk? Why do people let the sweet drink turn sour? Is it only for the kicks? Hardly so.

The high lactose content in horse milk is the one reason why the nomadic races started to produce Kumis long back. 85% of the people around the region has severe lactose intolerance that they cannot drink milk straight from the teats of a mare (One could dare to do it only after one has set a toilet ready at runnable distance. Remember, Kumis is a powerful laxative. So it is Run Lola Run after a sip).

This became be a vexing problem for the simple men of the past. They could hardly think about the high-protein, high-octane mare’s milk going waste by letting them dribble straight into the pony’s mouth. They thought hard. There must be a way to tap the white energy without having to spend half their lifetime inside toilets. 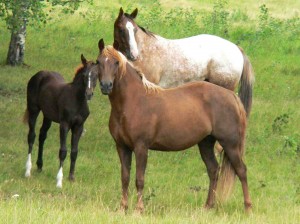 They noticed that the character of mare’s milk kept by horsemen in rides changes in the long run. They became drinkable. So was the milk-bag hanging outside receiving those well-intended punches from passers-by. What happens to the milk?

The yeast cells inside are also happy.

The high sucrose content in mare’s milk is a delectable feast which invites all the yeast cells in the locality. They come, licking their lips, and soon turn milk into an alcohol of low potency(2.5% ABV) in a day or two.

See, you have a piyala of Kumis in your hand. Strain the dregs at the bottom and sip it.

You won’t find it unpleasant; the drink is slightly fizzy with all the carbon dioxide coming out from fermentation; you will notice a faint metallic aftertaste, and also the sourness of yoghurt.

In Mongolia, Kumis is a welcome drink. You can have it before or after your meal. But when you knock back Kumis, don’t forget that the drink in your hand had once brought the lips of Genghiskhan, the Mongolian warrior closer to his piyala too.

Kumis was once considered as a remedy for a variety of diseases. In Russia, at one time, people had set up Kumis resorts where they administered large quantities of the sour drink to the terminally ill. Ask the great Russian playwright Anton Chekhov who checked into a Kumis resort in 1901 about his experience. He had to take four bottles a day for his chronic bronchitis.

Chekhov found little relief. But he found at the end of medication that he had gained around 6kg in his two week stay.

So you can grow a Kumis moustache for a good plump reason too.