You are here: Home » Featured » Leaving my mother in another planet

Leaving my mother in another planet

I got stuck in that sliver of a memory for eternity. Wherever I turn, however hard I try, I pick the same note from the hoary distance, see the same old nagging visual in the periphery, that of my helpless mother, across whose wan face a pair of iron gates collapsed shut, its definiteness as loud and final as death. Alas, if I had arms long enough to reach some forty years back to heave open the doors of that elevator for her once! 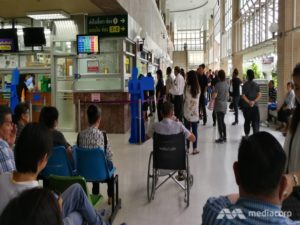 We were at the Medical college, Trivandrum, I was told much later; my father had to undergo a surgery. Sorry, I have only a few fragmented visuals from that day at the hospital, now cobbled together clumsily to make this surreal picture.

At one instance, I found myself in a  large hall pinned to a corner by a pair of hands thrown over me from above. A five-year old boy, they had warned, could easily be lost in that swarm of patients. Some could be beggars in want of beggar-children. It could be an aunt or an uncle holding me off those perils that day, I could’ve have checked, but still don’t know, why I didn’t crane my head up to see who the guardian of the day was (It’s like this, you always question the self in your memory all the while knowing that however harsh you harangue it for its lapses, not even a slight ripple or a hint of a hue can be added to the ocean of what-has-already-been).

Perhaps, perhaps my eyes were too busy picking out my mother from the milling crowd, there she was, there she was not, and there again she appeared – worry writ large on her face – hurtling around the hall with sheafs of papers, x-rays and brown covers in her hand flapping about, waylaying impatient attenders and rough-mannered nurses for directions, climbing down the stairs, sprinting back close on the heels of a doctor, vanishing into a room with a name board hanging down grimly from above, emerging from another, more urgent every minute, more distressed, but never failing to throw those periodic glances at where she had left her son that day. Both of them could feel the tug of a rope between, invisible to and untouched by the hundreds pouring in and out of that large hospital hall that day. My mother. How I wished to sprint towards her for a long hug! I felt the guardian arms on my shoulders tightening as if they suddenly sensed my impulse.

Sometime later I was hustled into an elevator. I struggled to make sure my mother 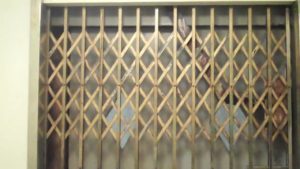 was following us. She was, but perhaps not close enough. Just before she could catch up with us, I was mortified to hear the scissor gates of the lift closing behind.

There she stands, I can still see her even after four decades, my mother, outside the claustrophobic elevator where we were in. Pathetic, unsure, too afraid to ask the operator to let her too get in. She stood powerless and distressed, I saw with new eyes, my mother, an exhausted woman, a spent dynamo, not anywhere at the centre of things as she always had been ever since the day I recognised her as my mother. Had I but some courage!

Had that five-year old boy courage enough to reason with that burly, stiff-moustachioed lift operator to open the gates to let in his mother! I craned my head and stiffened. The man was too tall, I shivered looking up at that massive body from my five-year old elevation, frame and a meek disposition. I could only stand dumb as the two scissor gates slammed shut before my mother, one after the other, the grating wheels ramming against the stopper on the rails with a thud that still resonates in my ears, forever calling me out from my daily chorus ever since.

The lift shuddered into life, we took off, a pall of gloom suddenly fell over my mother’s face, I noticed through teary eyes, even as she tried in vain to dispel it quickly with a smile, just before we disappeared from her sight. We leave a poor woman, that too my mother, I felt, stranded on a distant planet where we once lived happily for so many years. I whimpered inside bitterly, and thought my heart would split open with the ache.

My mother might have negotiated the staircase to get to us minutes later, but the boy strangely didn’t commit that part to his memory.  He was already scarred for life. He got the searing image of a gloomy mother with the smell of hospital spirit trailing about her and the voice of a grilled door closing mercilessly at her, imprinted in his innermost being. He forgot everything else from that age.

Even after forty years I cannot shake that one wretched moment off my being. Last week my mother was a bit out of sorts with recurring bouts of stomach ache, and I only had to close my eyes to see this ghost of an image keep on popping up in my head. I here. She there.

(Yeah, I agree that there could be bigger claims from events that leave a man shuddering with tragic pain or deep delight, but there are memories which dedicatedly tread on our heels up to our last breath with strange genetic build-up. Some could be inconsequential by magnitude, puny by size and time, laughable for the laymen around, but are somehow mysteriously coded to cling on. Defying logic. Perhaps they could be part of a bigger picture waiting to be emerged in the life after. Who knows)!

Manu has written 297 stories in Rum, Road & Ravings. You can read all posts by Manu here.
by Manu |
Leave a comment |
Featured, General, Sane Ravings