You are here: Home » General » Esperienza Exotique » In the mood for Heat

In the mood for Heat

If you are the kind of person who wants to get fingers and tongue burn, eyes stream, foodpipe sizzle with the torchlight procession going down during every hearty meal you indulge in, you have already met Schezuan(Sichuan).

What I mean is those hot, fiery and fire engine red curries you get in a Chinese restaurant. 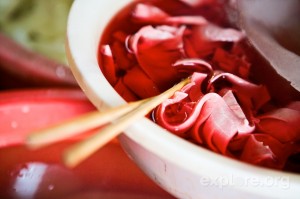 Sichuan, which brings hot palatal memories, is a place in Southwest China, rich in food sources. It is considered a land of plenty.

But once upon a time there were hardly any fiery dishes in the cuisine. You will definitely be surprised at the bland taste of many traditional Sichuan dishes, which were sweet or at the most pungent.

Sichuan waited patiently for a revolution. In the 17th century, a flavouring agent came from South America which altered the culinary destiny of this remote place in China – hot peppers. Sichuan soon became a rage and began to conquer the world.

Heat is the keynote of Sichuan cuisine. The pepper which imparts it is related neither to the black pepper nor to the chili pepper. But these tongue-numbing delights are fruits of the prickly ash, and explode in your mouth with a lemony aroma.

Why should Sichuan food be hot? 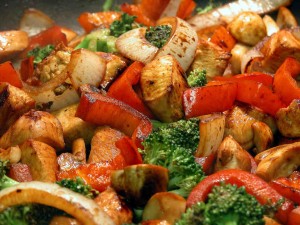 You know, in China food is pressed into service for two reasons – to serve the taste buds and appetite, and to work as medicine. Sometimes you need all the heat in the world to combat the humid climate under overcast skies in a place like Sichuan. Ushnam Ushnena Shanthi(Heat shall appease heat).

Doesn’t that resonate with our climate here in South India? Hasn’t it got anything to do with the spicy Chettinadu dishes and our toddy shop delicacies? We are also hot and sexy like the Sichuanese.

But realize, heat is not the only thing going for Sichuan food. The great chefs of the region use a variety of techniques to evoke a full range of flavours – hot, sweet, sour, salty – in their dishes. Just like in an orchestra where you will hear different instruments gaining weight at different moments, a bite into anything Sichuan reveals a complex symphony.

Around every bite is hidden away a new revelation for your palate.

To unravel the mystery of that fiery morsel of food in your mouth, we must walk through the streets of Chengdu, the capital of Sichuan province. Watch the pageantry on the sidewalks– the street food.  Dab your tongue with the crisp, tender, salty, sour, and sweet Sichuan pickles. Your face puckers. The unique taste can never be repeated anywhere else in the world as only at Sichuan does the peculiar salt from wells in Zigong flourish the pickles.

A morning stroll along the Funan riverside is never complete without disappearing into one of the teahouses in the town. Sip the green tea and watch the river passes by serenely, at its own pace, washing the heat off, from the banks. 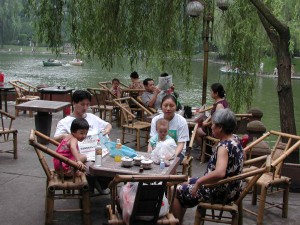 A visit to a teahouse is an all-day affair, with all those snacks, you pick at one after the other. While you distribute a stack of cards to your fellow-players a never-ending supply of jasmine, green, oolong tea would have begun. The moment you drain your cup, a “tea doctor” refills it with long-spouted copper vessel. He pours plain hot water over the leaves lying in the bottom of your cup.

If you are lucky you will come across a curious teahouse ritual. Catch an ear cleaner in action. Yes, you can ask for his service. He cleans your ears while you indulge your lips on the hot oolong tea. One blissful experience, it could be.

Alas, the camaraderie at a teahouse is breathing its last in China, with the sophisticated so hastily replacing the traditional.

Of the eight major Chinese cities in the world, Sichuan is the most famous in the world. Chengdu became the first Asian city to become UNESCO’s City of Gastronomy. The other two Cities of Gastronomy are outside Asia – Popayan at Columbia and Östersund at Sweden (I promise you I will take you there soon).

To get that designation Chengdu had to meet certain criteria. It had to have a well-developed cuisine that used local ingredients, needed a lineup of skilled chefs and traditional restaurants, and a tradition of culinary practices and cooking methods which had withstood all technological advancements. A wet and vibrant food market was also a criterion.

Chengdu won hands free on all these grounds to become Asia’s first at UNESCO. 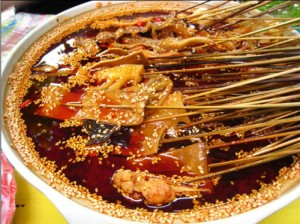 The cuisine features more than 5000 dishes; the surprise is that only a small spectrum of that is spicy and hot, but they are its brand ambassadors.

Hot pot, originally made for boat people, Mapo dofu, a tofu served hot and soft seething under a layer of spicy Sichuan peppercorn sauce, Gong Bao Ji Ding(Spicy Chicken with peanuts) perhaps the most popular of Sichuan dishes, Kung Pao chicken, and Fu Qi Fei Pian(Braised Cow Lungs) are some of the most popular Sichuan dishes.

The tea flows ceaselessly. Here comes the ear cleaner; he bows and lays his instruments on the table. Will you lend him your ears for a while?

3 Responses to In the mood for Heat