This is the first part of a series – Homestay Blues. The travel writer narrates his experiences staying in different homestays across Kerala. This time he is stuck in a home at Kumily, Idukki along with his family. He could not go out because of hartal. And the hostess is a cook of sorts committed to eggs. Read on!

So you could not take even one more egg, amma? 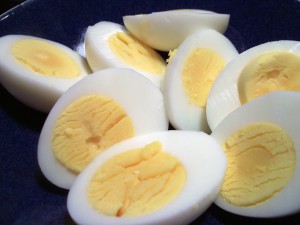 Amma, turned slowly on her bed to face me sitting by her bedside, fanning her with a magazine since her last meal. Rather die than taking another egg this decade, she replied and asked me to stop fanning her.

“Not now! Do that when she comes.”

Minutes went by; the silence inside the room was pregnant with the anticipation of Ambujam’s footsteps that would once again emerge in the corridor outside.

Since morning we had been seeing eggs in myriad forms and guises – boiled, half-boiled, quarter-boiled, fried, roasted, scrambled, battered, rumpled, dimpled, pounded, stamped, rolled up like a beedi, spread out like a yoga mat , soaked, dried, dessicated, winnowed, gathered, furrowed, cauterized, tossed, caught, dropped, picked, wiped on the apron as if it were a cricket ball, spat on its seams, wiped again with hatred, cajoled, mollified, and insulted with pepper and salt.

Who’d guess overcooked eggs embroidered with fingerprints, which carry the smell of kerosene and smoke had a name and address in cooking!

“Egg vinthalu!” Ambujam said, her eyes widened to chime with the name of the dish.
“Enthalu?” I asked calmly, holding that plate of unspeakable horror, she had already handed over.
“Vinthalu!” the 65-year old replied shyly and drew a quick figure on the floor. As if eggs were not enough! 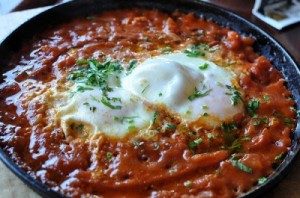 r day was kick-started early morning when Ambujam our hostess brought tea and a clutch of boiled eggs to the room.

We slipped the innocent-looking eggs into our mouths with great relish and complimented our hostess profusely. Who could guess we were fanning Ambu’s culinary fire? Well the spark sputtered only modestly before us, but once she returned to her kitchen, it grew into an indomitable wild fire.

Hell hath no fury like a woman complimented on her cooking skills!

An hour later Ambujam hit back furiously with breakfast: appam, egg stew and egg-and-piece. Half an hour later as we were still gasping for breath she barged in once again to declare the brunch open! No! Yes! She said excitedly. Before we could protest thick wads of woozy omelette, with no-chilly-no-salt-no-pepper, plastered on either sides with bread loaves were shoved into our mouths. Some enema for the brighter end of the alimentary canal! The room was now filled with a miasma of eggspiration.

“Chechi, we need something other than eggs with lunch.”
“Have you ever tasted my egg salsa?”
I sighed deeply and shook my head in existential resignation.
“Ah, wait! You haven’t eaten eggs then!”  She rushed back to her laboratory.

Soon we heard a hullabaloo outside. In the yard hundreds of hectic hens were clucking about helter-skelter. This could be one hell of a day for all of them, laying eggs, picking them up from the ground even before the dust settled, carting them hurriedly to the kitchen with smoke trailing after, this was no mean business.

By noon we had survived the egg-breakfast, dragged through the egg-brunch, and found ourselves with relief 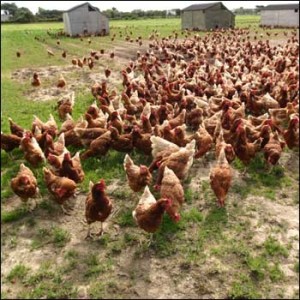 emerging out from the other end of a lunch. Phew! We congratulated one another. But hardly had we extricated our fingers from the sticky lunch plates we noticed that tea-time was ticking in with all its horrors.

Another onslaught was just round the corner, a messenger breeze, heavy with egg-stench dragged itself in from the kitchen, warned us in broken voice, fell down and breathed its last. We buckled our seat belts and began to wait with our hearts thumping against our rib cages, our eyes glued on the door with panic. We knew it would fling open again with Ambujam waltzing in with tea and her next version of eggs. I could feel the snarling queue down my stomach, with eggs from the morning to noon forming a long line, and a few of them at the front could already have started pushing, milling, swearing, kicking and cursing with exasperation. I can’t set another batch of eggs motor down the same highway which could be clogged to its extremes, I warned myself.

Could mothers with their long experience do anything to prevent a tragedy? It was then that I turned to my mother for help.

She was also in deep thoughts. But when she emerged from them it was not for helping me. She suddenly declared that she was not feeling alright, lied down, threw a blanket over her feet, and asked me to fan her with a magazine, not now, but at the moment I picked Ambujam’s footsteps approaching.

“So you are not really sick?” I asked.
“Another egg, I would really be.  Are you waiting for that? You took me to Idukki for the temple festival, not for an egg festival, right?” Her voice rose. 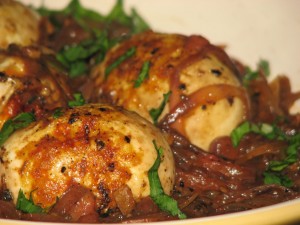 Ah, yes, you should blame me, Amma! Last evening it was you who set Ambujam on. When we learned that we would be stuck here in this homestay for a whole day, because of a flash-hartal, Ambujam had warned my mother that she had no meat or fish in stock.

“Don’t worry. Do we look like the fussy type of tourists? Anything would do,” my Amma played the angel, putting me in contrast.
“We have eggs!” Ambujam asked hopefully.
“Fine!!!” –  My mother who was now tossing on her bed with this bogus sickness and swearing that she would never take eggs again in her life – threw her arms on Ambujam’s shoulder and shook her so violently that for a moment Ambujam saw her long-expected muse appearing in my mother.

The moment she got the blessings, an eggstatic Ambujam could have rushed down to the village pulpit and summoned all the fowls in Idukki. “Friends, fowls and country birds! This is a matter of pride! Think not what Ambujam can do for you. Think what you can do for Ambujam! ”She could have set the blood of those hens boiling with words in that line, and asked them to rain down eggs as if there were no tomorrow.

For Ambujam, eggs were like grenades, tomahawk missiles, Patton tanks, made to injure. 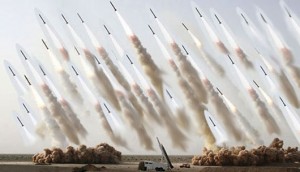 her strengths in cooking. But loads of enthusiasm would make up for that, she believed. You must see the shape of her ‘egg niruthipporichathu’ (egg fried after it is coerced to stand upright on its legs) that she brought in the evening and you might die with curiosity to know whether she had an ancestor named Frankenstein.

“But Amma,” I tried to reason, “if you get through with this act successfully, only you’ll be saved. What should we do? She’d force us to eat your portion of the eggs also.”
Divya and Ammu exchanged bewildered looks.
“Find a different number, but not this one. She won’t buy it if all of us get under the blankets at the same time,” Amma replied coldly.

Soon, Ambujam stormed in with a tray adorned with tea and a heap of egg Punjabi. She saw my mother down and her son fanning her by the bedside.

“Hayyo Chechi!!! What happened! You look dead-tired!” She screamed and rushed towards my mother.

My Amma nodded, turned a few invisible knobs, looked even more tired now. Ambujam laid her palm over my mother’s forehead to feel her temperature. 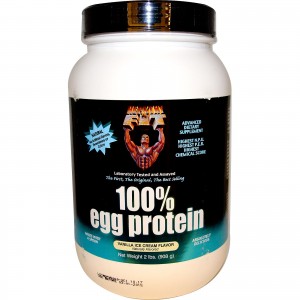 PROTEIN!!!” hollered Ambujam. “What you need is PROTEIN! Eggs are the richest source of them! Haven’t you learned that! Lucky you ended up at Ambujam’s homestay! Just wait, I will get you some EGG soup!”

With that she rushed back to her kitchen, slamming the door, leaving a devastated woman behind on her bed.

In the evening, we took an account of the eggs we consumed on a single day. My wife, daughter and I took 13 eggs each. Amma, who was brighter than us to rake up a sickness in time for Ambujam to see, also took 13 eggs.  Our hostess, as she prepared the bill, stated that she made the soup so thick that almost five eggs went into a single glass. So we had to recalculate; my mother took 18 eggs!

Amma got sick. This time for real.

But she made it a point to leap out of bed in time and pranced about the room energetically (while the rest of us were fast asleep) whenever she picked Ambujam stomping in along the corridor to check her temperature.

Throughout the night a pot of egg- soup was brewing in the kitchen.

PS: All names of the dishes prepared by Ambujam are changed for the sake of anonymity.

Manu has written 297 stories in Rum, Road & Ravings. You can read all posts by Manu here.
by Manu |
11 Comments |
Featured, Freekick Pure