You are here: Home » Featured » Greetings from Murali Gopy 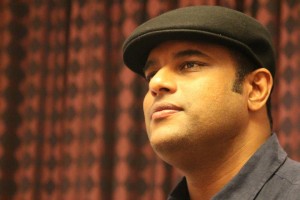 Murali wanted me back into the world of writing when I quit it and decided to be a 24/7 teacher, a decade ago. He was with the Hindu at that time and soon I became what he called his chief commando or an encounter specialist as a freelance writer. Even though Murali has now become a very popular actor and screenwriter in the Malayalam film industry it hasn’t taken away even a bit of  that warmth between us. When last year I called him to tell my decision to launch this website, Murali was more than happy. It was he who suggested the tagline, ‘Close encounters of the Manu Remakant kind.’

I miss those days when we used to travel on his bike chasing sunny places and good food in the city. If you think that I have any  story-telling ability, that’s a helluva lot influenced by the way he narrated his plots to us, his friends. He has a unique way of screening a whole film before you just by talking. Here I am happy to share the message of one of the few mentors in my life:

It’s with great pleasure and pride that I observe the first anniversary of ‘Rum Road n Ravings’, the wonderful litero-tainment site run by my friend and the Ibn Batuta of our old gang, Manu Remakant. 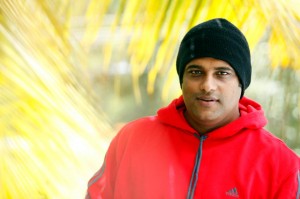 Walking into woods, thickets and jungles, scaling rocky heights and diving deep into wild pools (!) have always been MRK’s celebrated activities. Rum, well.., has always measured up to him, while the man is on his trips.

It was indeed a great beginning when, a year back, Manu decided to take to his lappie and key in his experiences/experiments with Rum and Road. And his Ravings, as you all know, are now being widely read and appreciated.

Let me tell you, the devoted readers of RRR, about the importance of staying hooked to the site. This is where you get to watch “Close Encounters of the Manu Remakant kind”. And mind you, this guy really is an Encounter Specialist, given the theme he is dipping himself in.

Here’s wishing Manu and RRR all the very best.