You are here: Home » Featured » FREEKICK: The Apple that I Ate

FREEKICK: The Apple that I Ate 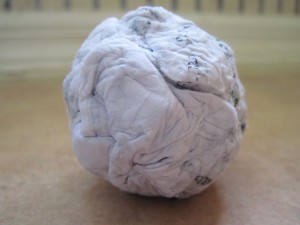 The doctor tore a piece of paper from his notepad, squeezed it tightly into a ball, and gave it to me.

I collected the ball from his hand. How could one eat paper! Just then the doctor’s wife called him from inside. “I’ll be back in a minute Manu.” He vanished into his home through a small door that opened at the far end of the consulting room.

I didn’t know what to do with the paper. I had chewed paper when I was a kid. Not that I liked its taste, but I got a kick when I saw horror washing over my mother’s face. 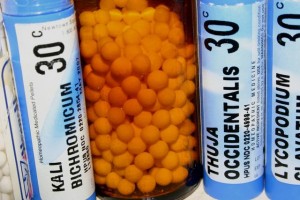 But this could be the medicine he’s promised. What do you know about Homeopathy, Manu? His notepad could be imported from Germany, with its pages steeped in medicinal herbs. Eat it man.

I hushed my critic down, and tossed the paper into my mouth. I chewed it hard to extract the medicine from the roll. When I was at the point of regurgitating, I swallowed it in one go. When the doctor finally swung the door open and came, I’d emptied a whole pitcher of water and was smiling gratefully at him.

“So where did I stop? Yes, the apple.” He settled down on his chair. Apple!!!

Friends, long back I was assigned to do a story on ‘No Tobacco day’ for the Hindu. I volunteered to write the story, because I thought I could meet doctors from different fields who would give me the best shot to help me kick MY habit.

Doctors of Allopathy and Ayurveda disappointed me. 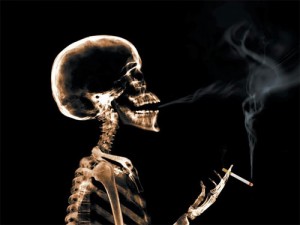 But the instant I told him about my intention, the principal of Government Homeopathy College grinned broadly, “Manu, you have come to the right place. We have the medicine. I will give it to you at the end of the interview, ok?” I beamed; I was double ok.

The interview thus began on a high note.

The doctor was forthcoming and talkative, but the only problem was his volume level. Even as he talked ecstatically about his field, my eyes were desperately groping around his throat for some knobs. I strained hard, jotted down enough points and put away my pen to let him cruise alone through the road he was happily rambling.

His talk sounded like bee-drone to me, indecipherable from the fan whirring over my head. Let him continue. I waited patiently for the moment he would get fed up and hand over the medicine he’d promised me.

I blissfully shut the doctor and his drone out from my world. How happy my family would be if I stop smoking! My skin would get its blush again even through the ebony woods of my complexion. I could once again teach my daughter that teeth are white in colour and grin at her at the same time. I could even… “GET OUT!” 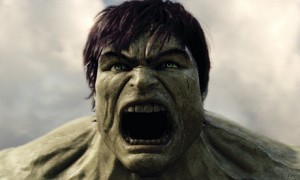 “GET OUT!”
I gathered all my possessions from the table in one sweep and was about to start for the door, panting, tears about to roll down my cheeks. What did I do! I was reeling.

“Manu, you know how I responded when he shouted to me like that?” He asked. The devil was blissfully deep into some narrative he was telling.

“Manu, listen. I replied calmly: Don’t shout to me like that, sir. I’m not a beggar or a coolie at your door. Treat me like a doctor. How was that, Manu?” he smiled triumphantly.

“Cool!” I replied and shed my utensils back on the table, and fell back on the chair. Once the emotional scene was over, the doctor relapsed to his inaudible bee-drone and continued with the narrative.

Sometime later he leaned forward and whispered. “You must tell me the truth. Who are you, really?” I too leaned forward, clutching my notebook and answered: “Er…I told you, Manu, from the Hindu. I was the one who came and interviewed you. I am also a tea…” He cut me short. “Do you want to hear what reply I gave him to that?”

He droned on, raising his pitch dramatically whenever the scenes got emotional, yanking me out of my poise at every grip of his seizure. I couldn’t make out a single word except whenever he climaxed. Finally he finished droning; only the whirring noise of the fan remained in the room. He extended his hand with a smile. Phew! It was over. I shook it in gratitude.

It was then that he tore a paper from his notepad and asked me to eat it. 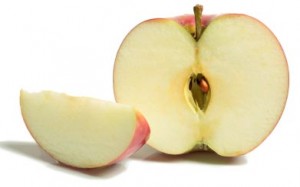 When the doctor came back from his wife and asked me what he was talking, my tongue was weaseling out the last crumbs of paper from the cavities of my teeth, and flushing them down the food pipe.

But from where did this apple come!

To my horror, the doctor once again tore another page from his notepad, “So the secretary cut a big piece of apple, and extended to me like this. As if I was his servant.” The doctor held that ball of paper at me, again. “The secretary told me: ‘EAT IT! Four times he said that, you know Manu?” I nodded my head like a robot. “Do you want to know how I responded to that?” he asked.

I burped. The stench of digested paper escaped my nostrils. It was apple!

(If you don’t trust me with this account, just click on this link to go to the original story which came in the Hindu  – ‘Bid adieu to Smoking’)

Manu has written 297 stories in Rum, Road & Ravings. You can read all posts by Manu here.
by Manu |
16 Comments |
Featured, Freekick Pure

16 Responses to FREEKICK: The Apple that I Ate