You are here: Home » Featured » Freekick: Ode to a Teapoy

Freekick: Ode to a Teapoy 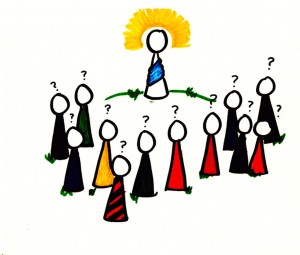 The writer reveals the truth this time. Why did he quit playing guitar 25 years back all of a sudden? The disgust is still with him even though he has begun to laugh at his plight these days.

I quit my tuition home because of a teapoy. Yeah, I’m talking about that small table on the drawing hall on which we serve out tea and snacks. I must say, I am indebted to that piece of furniture.

I paid fees for guitar class.

But instead of guitar, I picked up the steps of thiruvathira or oppana (those dance forms where you go around a lighted lamp or a bridegroom) from my tuition class. I frenziedly tripped around a teapoy, waving a big guitar at my back to shoo away one excited guru who wanted to give me a crash course in rhythm. 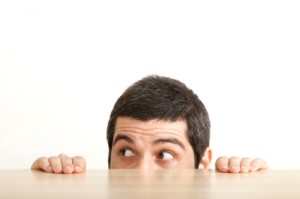 “You are not sitting, Manu.”
“I will sit when I reach home, sir,” I yelled as I completed another round around the teapoy, gasping for breath.

He was a perfect teacher until a month back. But then, suddenly one morning his wife left him for some reason. He was now all alone in his home, without a woman. I don’t remember exactly when I checked into that vacancy in his mind.

Perhaps, it was not just the case with me. I could tell from the abraded floor around the teapoy that he also kept his other students busy at other times.

“You could catch fever, if you run like this, Manu.”
“I like to have an occasional fever, sir.”

I had little courage to smash his bloody head with my guitar (I had rehearsed it so many times at home), but I managed to keep the meat he was hankering after far away from his plate. When he was at the east, I leaped to the west of the teapoy. When he got to the north, I jumped to south India. When he was above the teapoy, I went under. All my guitar classes became suddenly exciting with me scampering around his home, with a guitar waving violently at my back.

“Manu, I have read about new techniques of picking up rhythm. I will teach you. Stop.”
“Send them to me by post, sir. I won’t stop.” 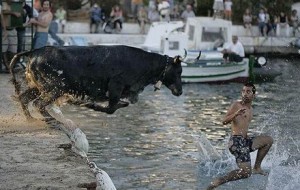 I was mortally scared even while I sprinted around the teapoy imagining what if I trip and fall and go unconscious. Bloody hell!  I would be waking from that sleep as his wife!!! Thankfully that never happened, I remained single.

All that the master (#*&%) at the other end of the teapoy wanted was to make me sit by him, and let him tap on my lap to give me a sense of rhythm as I plucked the strings of the guitar. All I noticed with my bulbous eyes while I sat were those fine little advancements, the face of his palm made with each single tap on my lap. Up, up, up, they were going up, up, up, up, up… my legs were not so infinitely lengthy and would soon run out of land, I was scared as the hand went up, up, up.

By the time his hands reached four inches above my knee I would spring up on my feet to play another round of thiruvathira around the teapoy. He would follow me animatedly, arms stretched, his fingers itching to drill the sense of rhythm into me.

I was only 13. A teenage boy could never whine aloud that he was being ‘seen like that’ by a man, his guru.

“You are very lazy, Manu. You are not going to guitar class, these days?”
“No running today, amma.”
“What?”
“Sorry, no class today, amma.” 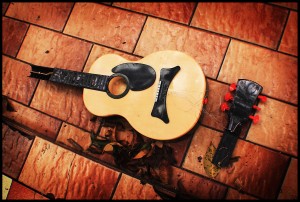 My mother scolded me all the time (Amma, I know you are reading this now. This was the reason I didn’t want to go. I was not learning guitar. Most of the time I was just running around). When the pressure got intense, I decided to go to the class again after a month’s gap. I hoped that his wife would have come back by then. I went wielding my guitar as a sword, ready to set my legs into thiruvathira mode.

I opened the door to his drawing room and was shocked. The room was empty save for a couple of chairs, and a divan, placed closely against a wall. “Hi hi hi…” the master came welcoming me with a chuckle.

“Manu, come in. See. I exchanged the teapoy with this divan,” he beamed.

I ran out with a scream throwing away my stringed sword.

Manu has written 297 stories in Rum, Road & Ravings. You can read all posts by Manu here.
by Manu |
15 Comments |
Featured, Freekick Pure

15 Responses to Freekick: Ode to a Teapoy