You are here: Home » Featured » Freekick: The Brave New World

Dumb, all my life!

Blame my parents for not giving me proper education at the right time. Blame my schoolmates who enlightened me with every other aspect about the opposite sex except its bloody side.

I grew up as a nincompoop.

Who would’ve imagined such terrible things were happening to the poor girls around me!  My cousins, friends, aunts and neighbours. 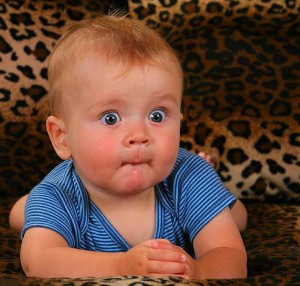 The first time it came my way, I was 13, playing with my cousin. I could’ve missed some crucial spectacle, I regretted later. What I remember now is my mother ambushing us from nowhere, scooping up my cousin from my side, storming into a bedroom with her, and slamming the door on a poor boy standing outside with open mouth.

Half an hour later she opened the door, announced to me as if I was a whole press conference she’d called, that I could not play with my cousin anymore, as she had, what should I say, suddenly grown up!

Grown up! We were playing the same game and only she grew up.

How could a girl disappear into a room and emerge back half an hour later as a grown up! Don’t act smart. Secretly I checked my height with my cousin; not an inch did she grow.

Women continued to irritate me as they stubbornly refused to light the traditional lamp on certain days. But whyyyyyy! They sometimes broke the promise all of a sudden that they could not come with me to the temple. Whaaaat!

I cannot come to the temple. Why you cannot? I cannot. Why cannot aunty? I cannot, that’s all.

Cannot. I never understood what that meant at that age.

Sometime later I picked that valuable piece of info in my life. I learned why on certain days they get irritated, cannot be singing like skylarks, cannot come to the temple, cannot light the traditional lamps. I learned the meaning of cannot.

But pieces of info you garner quite late in life could hardly stick to your mind. You’d get simply absent minded at the most crucial times. 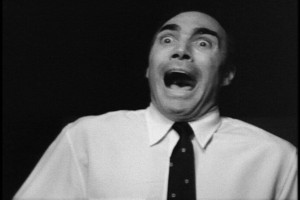 “Hey! Get an ambulance! Why is she writhing in pain! This could be a severe case of ulcer!” “Hey! Why are you waiting! Get a taxi!” “This is appendicitis, I know! Hey! Get the police, sorry a doctor.” This is serious stuff. I think she had some tumour in her stomach! My God! Hey, why are you looking at me with those dumb smiles! Aren’t you concerned about your classmate?”

I would be screaming around whenever a girl student collapsed down in my class room, clutching her belly. Nobody bothered to get a taxi, but some lady teacher would finally get me out of the crowd:

“Calm down Manu, leave the class room. We would take care of it”, she would whisper in my ears amidst the commotion. “This is periods.”
“Oh, sorry teacher. Is this your period? I thought it was mine.”
“Listen, Manu. Her stomach ache. Don’t you know! Periods.” She would be grinding her teeth between her smile.
It would only be then that a bolt of lightning flashed across my mind to put the whole stomach ache in perspective.

I grew up in a time when folks were a bit more orthodox, not so forthcoming in matters like this. Women were discrete about it, never explained to the men why they displayed that got-up-on-the-wrong-side-of-the-bed temperament on certain days. Men too were not expected to dig deep into their bitter moods. The file was left like that untouched.

So this writer was least prepared when the hurricane caught him at his home.

I bought an easy chair sometime back with the purpose of spending my old age in it. I’d also visualized the day when my wife would come and whisper in my ears shyly that, I became the father of a grown up girl (image courtesy: all those Malayalam movies I had been nurtured on). When my wife leaves me, the camera would zoom in to capture the face of this writer reclining on the chair (background music), looking at the roof with a blissful smile, pondering about the day I would marry her off. My daughter could then be cooped inside one of the inner bedrooms in my house very shy to face men including me.

“Acha…” my daughter dashed to me a few months back.
“O?”
“I become a grown up girl.”
“Po, avidannu. I don’t have time to play. Oru grown-up girl! Go away. Let me complete the newspaper.”
“Acha,” she snatched the newspaper from my hand. “What kind of a father are you! I have become a grown up girl! I have become mature.”
The same bolt of lightning once again flashed across.
“Er…thanne!” The newspaper ripped in my hands into two pieces. I gulped. “Where? Sorry! I mean….your mother…where?” I stood up, startled, reeling on my feet.  May be it was the mother who could be cooped up in the room with shyness.

I did not know how to respond to a daughter who informs her father that she had become mature. I looked down, averting her bold eyes. 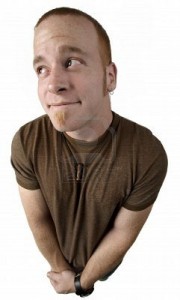 “Er…nice. I ….er…is it time for breakfast? I mean it is cool. Have you got last year’s mark list? But it is…what should I say, I mean… a noble thing you did…”

Oh god, I never foresaw this.  How should I respond! What should I say now! Is it ‘thank you’ or ‘best wishes’ or ‘better luck next time’ or ‘thanks but no’ or ‘many many happy returns of the day’ or ‘good morning’? Or is it, ‘the pleasure is mine’? Never imagined it would be the daughter who brings the news. “Er…I …except…water…you…” I mumbled stupidly.

“My classmates got a lot of sweets that day. I want Dominoes pizza.”
“Yes…domi…. I go now.”

I ran out of my street virtually carrying my motor cycle on my shoulder which refused to get started.

Yesterday she came to me again. “Acha can you pray for me?”
“Exams have started, I suppose eh? What should I pray?”
“Acha, my excursion comes next week. Please pray that it should happen today itself. Or else it will be difficult for me to go, ok?”

I heard a big sound as a father collapsed on the easy chair he’d brought for a different purpose, his pupils stuck on the roof, breath almost stopped.