You are here: Home » Featured » Freekick Classic: The Battura Nightmare

The week-long Classic Freekick Fiesta comes to an end today with this story published at yentha on March 1, 2011. Here the writer  shares with us another horrible experience he had in a restaurant in the city. Don’t brush it aside or laugh it away as a one-off experience; it can happen to you next time. 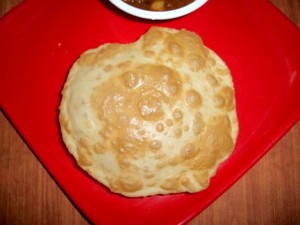 There it was, lying on the ground, dead, defenseless, but waiting for its moment of resurrection.

The triangle – formed by me, the hotel boy and scores of strangers who had come to the restaurant – had in its centre, on the floor, the amorphous thing- the dead, defenseless object for all to see. It seemed to grow in size feeding on the undivided attention it got.

Going by nautical distance, true, it lay in my jurisprudence and that was why the boy continued to look at me in askance. But I looked lost. Seconds accrued to minutes, minutes to yugams; I could hear the pounding of my heart.

I felt the weight of a dozen pairs of eyes shuttling between me and the object lying near my feet. One wrong move could spoil my dignity, I knew. A woman sitting at the far corner had already thrown caution to the wind by leaving her chilly chicken at the table with her husband and stood up from her chair and took a few steps forward to read the contours of the thing lying near my feet.

Beads of sweat rolled down from my temple.

I looked at the boy. He looked back.

Pick it or be doomed, as the boy seemed all set to make a big demo if I don’t. He had big audience. 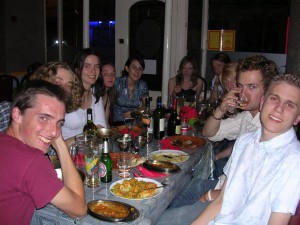 “Anna…” before he could complete, I bent down like lightning, scooped it up and pocketed the insult. I lumbered into the wash room like a ghost devastated. I washed my hands, my face, and looked into my eyes on the mirror in a state of bafflement.

The whole restaurant reeled around me.

Of all the people in the world, why should this happen to me only! If this is a nightmare, wake up, I exhorted myself. I didn’t. I closed the toilet door behind me, and pulled out the thing from the pocket. Yes, it is it. An underwear!

This happened a couple of months back, when we at Yentha editorial went to a hangout in the city. The restaurant was of my choice. But blimey! The food was a fiasco.

The ginger chicken we ordered was a postmodern collage of everything which a live ginger chicken would hate to cluck about – lungs, cornea, spleen, tongue, uvula, belly button, lymph nodes, warts, beak, liver cirrhosis, kidney with stones and also the business end of the alimentary canal. 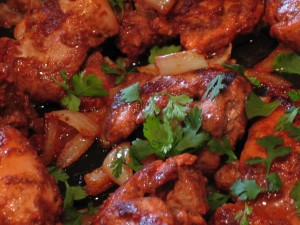 Where are its thighs, breasts and necks, a chicken is normally proud of?

I flared up and demanded to see the manager. “See what I can do when I come back,” I warned Sabin and Cris and strutted straight to the wash room. A boy opened the door for me, but as I stepped in, he screamed, “Anna…” I turned my head back irritatingly. “Anna, it fell off from you,” he pointed at a thing near my right foot on the floor. I looked down.

First I thought it was a large porotta. Hmm…correction… battura! Suddenly my disinterested eyes lit up, as they picked some letters printed on the battura. ‘French’ battura?

Then a 1000 KV lightning ran up through my spine. It was an underwear!

There I was now inside the toilet, looking at it with a gaped mouth. How had it come off, I wondered. I was wearing jeans, mind it, not mundu. I checked and found to my relief that mine was in place and working. Then what about this? Did I tuck it into my pocket at home taking it for a kerchief? Could be.

The boy was waiting for me, as I came back with my head hung in shame. He looked at my pocket, which was now a noticeable bulge. As I walked past him, through the opened door, the devil drove one last nail into my coffin: “Jettiyayirunnu alle anna?”

Of all the words – bermuda, shorts, undergarment, inner garment, boxers, underwear- the bloody son of a *&% had used the meanest possible. I looked at my friends at that corner; they were talking to the manager. I dismissed the boy with a nervous nod and hurried towards the manager and my friends.

“Sir, they told me that you have got complaints about our food. What is it sir?” The manager was polite, but before I opened my mouth, I felt the boy breathing on my back, with his saucer-eyes still fixed on the bulge in my pocket. 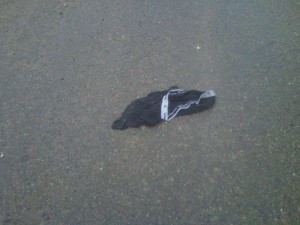 He seemed to be dying with curiosity.

To him, a jeans-clad man sloughing off his inner garment without disturbing the jeans was nothing short of magic. Without an answer from me, he could not sleep another night. I on my part was unprepared for another question like, “Enganeyanna athu?” before my friends.

I apologized to the manager for wrongfully accusing that the food was bad, and sent my astonished friends back to the office.

But the real shocker was waiting for me at home. I took a roll call, and found that all my inner garments were present at home.

Then what is this in my pocket!

It could be that of the restaurant boy. He was looking for a chance to dispose his worn out property and he saw in me a potential client/victim. He threw it on my way.

It could be a cleaning towel. The hotel proprietor could be an environmental activist like the Yenthayians, Cris and Rasika who believe that, “there is in fact no waste in the world or at least shouldn’t be.” Taking their words literally he could be recycling things in unimaginably original ways.

This could be the way the restaurant treats people who make fuss about their food. I went off frightened forgetting my original complaint.

This could be part of some reality show. Had I tried to put it, the camera crew would have jumped out from under the saucers, cups, and various other impossible places, catching me hopping around with one leg tucked into the pseudo-battura.

It could be battura itself. I still blame myself for disposing it without properly examining it. A real battura would come off into pieces, if you try to wear it like underwear.

And battura’s taste is unique.