You are here: Home » Featured » For a bite of white meat

For a bite of white meat 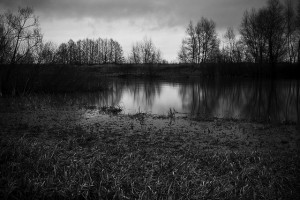 I was hungry one evening. Then I remembered an invitation I got twelve years back. I set off in a train next day to remind my student about it.

When Vijeesh touched my shoulder and called, “Mashe…” I froze. I was waist-deep in water in the middle of the river. I held my breath and peered down at where he pointed his torchlight at.

At first I thought the whole riverbed was moving. Then slowly my eyes picked the serrated details.

Vinod slowly raised the pointed pole high above his head and waited for the precise moment. To strike. In the starlight I saw his weapon shimmer.

A pair of talons emerged from the darkness, hauling a huge body, almost the size of a football, closely behind it. I shuddered. My toes twitched and crawled under my feet. A congenital dread of huge spiders suddenly dug its claw deep within.

A moment ago it must have crawled past my feet.

In mild panic, my hands groped around in the river . I desperately wanted to get off from these water mines crawling around my feet. The boat in which we came by could be far away. Or it could be tossing in the gentle upthrust of waves somewhere nearby. How could I get to it in this darkness!

I peered down through the water again. 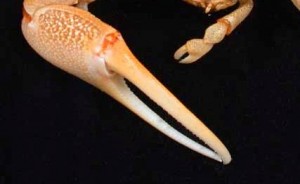 That a ring of torchlight had anointed the crustacean with doom or that a large pole had poised over it like the proverbial sword did nothing to distract its graceful movement along the sandy riverbed.

It moved elegantly in the present. Lost in the moment.

Until a few moments ago, my old students and I were chattering enthusiastically as we crossed the Moorad river in Vadakara in a country boat. There wasn’t any moon.  We got off from the boat at a shallow spot and decided to explore the tepid water, which still held the remnants of a hot summer day, on foot. The river had eerily come alive with faint starlight. 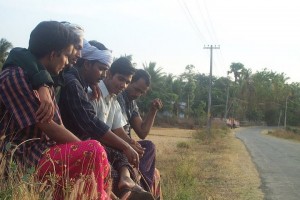 As I waded through the night behind them, I remembered how, 12 years back, I used to chat with these boys in the same starlight sitting on a kalunku. We were far away in a place called Alathur in Palakkad (I was their teacher and we were staying in the same hostel).

Instead of water it was a large expanse of rice field around our hostel that glistened in the meek light of stars.

It is a long time, I know. But when an intense assault of hunger caught me unawares one evening a few months back, I decided to go all the way back. I do not remember clearly how the hunger triggered the memory of a promise my student had made twelve years back at Alathur.

“Mashe, you should come to my home someday to see how we catch these crabs.” I was pressing my teeth around a huge arm of the crustacean to find a soft spot Vinod had brought to the hostel, when he invited me. “You can eat crab meat to your heart’s content.”

That day, Vinod had brought from his home a blue bucket full of fried crabs. I never knew so many crabs existed in the world before I saw the bucket.

His mother had also sent with him rice for all of us. And a packet of kallummekka (mussel) fry. And a Horlicks bottle filled with palameen curry (A yellow curry made with an assortment of fish like Ayikkoora(seer fish), shrimps etc).

So in the evening, six of us sat on the floor around a huge pile of rice served on a plantain leaf.

The rituals soon began. We dug a pit at the centre of the rice heap. Baiju filled it up to its brim with palameen curry. I still remember that lick of oil floating on the surface of the yellow fish curry. A stack of kallummekka fry formed one border. And the bucket of crab was emptied to form another. 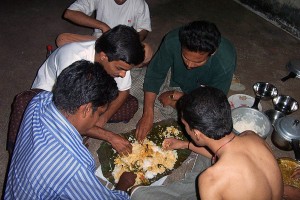 With every side fortified we began the assault.

The volcano of rice seething with yellow lava tumbled down from every side. Each morsel of rice dunked in fish curry which  went down to our greedy stomachs that night was escorted with white chunks of juicy crab-flesh, excavated from the shells.

How could Vinod’s mother handpick each cell of the meat set deep inside the hard shell and get it uniquely salted and peppered, we wondered.

Red oil dripped through my fingers down my elbow as I struggled with a crab. Suddenly it budged and split open. White flesh sprang out through splinters only to get melted in my mouth. I was sucking the shell dry when Vinod invited me all of a sudden. I was busy, my eyes were closed but focusing intensely on the crab. I nodded half-listening.

“But you should come only after I get my big house, built.” I paused and looked at Vinod.

Tears rolled down my cheeks.

I remembered how Vinod used to change the topic whenever I asked him to take me to his home. He didn’t like his teacher visiting his thatched home near the river. “Mashe, 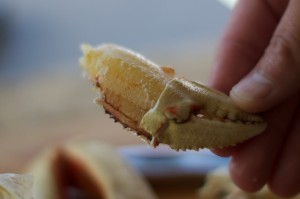 But for the first time I didn’t protest. Instead I turned back to the crabs.

It was hardly the apt time to display goodness. Crabs in my territory of the stack were disappearing at an alarming rate. I didn’t console Vinod, or swore my allegiance and love. Instead I scooped up another crab by its arm.

The spice-induced tears, profusely rolling down my cheeks would do a double duty for Vinod, I sinfully wished as I pressed my teeth into the crab.

I sniffled and wept. “I am sorry, mashe. I didn’t mean to hurt you. I will take you someday,” Vinod said moved by my emotions. I wept bitterly.

Nobody talked. The whole ambiance around us was now reduced to the symphony of shells breaking, splintering, caving in, lips smacking, sucking, noses snuffling, teeth piercing, chomping, and tongues teasing out white pearls held deep inside secret chambers (Etiquette took a leave and went to some distant country). 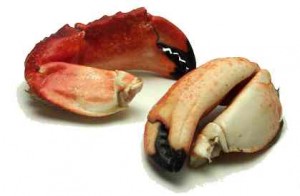 One by one the warriors sat back, supporting themselves on their arms planted on the mosaic floor behind them. They were breathing heavily through their mouth and smiling to one another through tears.

That happened twelve years back.

Later Vinod spent a tough time teaching in Maldives. He began building a beautiful home in Vadakara through money orders. But I didn’t wait that long to see his dream materialized.

I was too hungry one evening. I remembered his promise and set off next morning in a train to Vadakara to remind him of it.

From the veranda of his thatched home where I sat I could see the double-storey house rising in the compound. Vinod led me proudly through the building, explaining what his parents and siblings would do in each room, when he would go back to Maldives after the vacation.

When darkness fell, I reminded him about the promise. He smiled. Soon three of us, like those ancient hunters, set out for gathering food in the river with crude tools in a country boat. We could’ve spent almost an hour punting through the dark 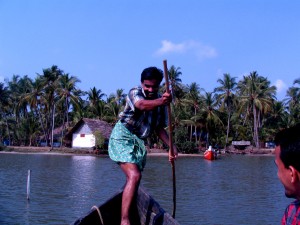 water when Vinod asked me to get off from the boat.

Soon Vijeesh sensed a movement deep under. He lighted the torch.

Half an hour later. I lay on the sand dune near the river. The aroma of crab, fried alive (cruel, but there is no easier way to kill it) wafted in with the breeze. I could see the busy shadow of his mother on the window pane in the kitchen.

My teeth itched like the fresh teeth of a little child desperately wanting to try their grit on a tough grainy surface. I waited for the moment the stiff shell would cave in and the white meat explodes.  Spraying steam, salt, pepper and juicy crab all over my mouth.

I lay there on the bank of the river growing a tempest of hunger in my stomach.

Manu has written 297 stories in Rum, Road & Ravings. You can read all posts by Manu here.
by Manu |
9 Comments |
Featured, The roads less travelled

9 Responses to For a bite of white meat