You are here: Home » Featured » An Interview with a Toddy Cat

An Interview with a Toddy Cat

After many months of patient waiting, the writer traps the little beast who litters his study room. Caught red-handed. But with a toddy cat as a prisoner, cool and composed, the writer finds himself on a sticky ground, the hunter becomes the hunted. 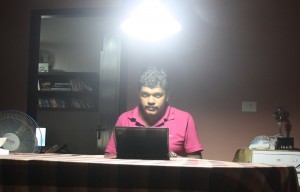 We sat opposite the table, outside my library, on the roofed terrace in my home. It was deep into night. The bright white CFL lamp hanging like a pendulum from the roof spewed stark shadows beneath our jaws. Silence in little bubbles ran together and froze into a thick slab of ice between us. I was a bit pissed off as I could hardly trace even a tinge of regret in his eyes.

Instead his eyes sparkled in the CFL light, as he boldly craned his neck to take me face on.

He looked into my eyes with chutzpah.
“I am just what I am,” he said in a steely voice, licking his upper lips with its long rose coloured tongue. I noted it down.

“I have been after you for several months.”
“I have seen you waiting with your trap.”
He looked away bored. The shabby grey hair flowing from its slimy body suddenly seemed to loose its sheen as monotony oozed out of its sweat-pores into the bristles. The long tail – so furry, that it seemed like a healthy broom, brand-new – fidgeted uneasily behind him. It wanted to turn away from me and go. 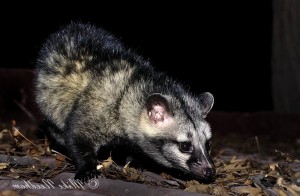 “Tell me, why you were pestering me?” I asked.
“I! Pestering you!” The fidgeting tail froze suddenly. “How did I pester you?” It barked, and paced forward aggressively. I baulked. I never thought moods could swing so violently in lowly creatures.

“Hey, easy! I didn’t mean to offend you. But you were always breaking into my home, without my permission, and shitting around as if this is your bloody loo.”
“You home! Where is it?” It stopped midway, its eyes widened even as the pupils continued to fix me in an irate stare. I too was hurt at this scant regard for my private space, so I raised my wounded voice: “This building. Haven’t you seen the compound wall? This property is mine by the records. I have legal documents to prove it. And you have absolutely no right to…”

“Stop, stop… What did you say? Legal documents? Compound wall? Talk to me in plain English. I don’t get the point…” His muscles twitched, the toddy cat suddenly turned around, made a swift leap from my table to the parapet wall on the terrace, and peered down. “Is that your ‘compound wall’?” He pointed down.
I could guess from the direction his face was pointing at that he saw it.

“Yeah. It runs around my house. Whatever inside belongs to me.”
He leaped back to my table. “Tell me. Are you really crazy, man?”
I looked blank, “Why?” 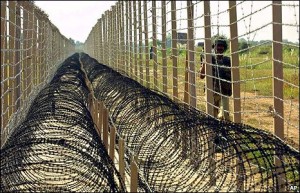 “How do you expect us who leap through branches and parapets to see your bloody microscopic compound walls far below! Do you think we would get down on the road and press the door bell before entering your territory?” The toddy cat shook its head.

“See, our boundary is set by our food. We go as far as the nearest dinner and we settle down happily after that. We never stash away provisions with an eye to sell them in hard times at exorbitant price to our neighbours. We eat. We share our food. And at the end of the day if we feel like fucking, we do that too. Instead of it we would never run an iron rod to prize out the innards of our females just to lap up the kaleidoscopic expressions that appear on her face with each twist of the metal! Motherf***s!”

“You read newspapers?”
“I ate them, long back. Yucky stuff they are now. At the end your salacious news reports on rape pump out more semen than the actual rape.”
“You are very cynical today.”
“Can’t be helped,” his right cheek twitched as he spotted a groundnut across the table. He moved his slender finger. “When the times get horrible, my thinking also gets horrible.”
“Do you fancy some snacks? I mean, want something to eat?”
“Ah! You’ve started showing off your bloody generosity, again. Don’t see yourself as our guardian. Just buzz away from what is rightful to me,” he said and leaped forward to pick a handful of nuts from my plate. I flinched, as his spiky hair brushed my fingers. “And mind you, when we hunt for our food we never look down to check which compound wall covers us,” he popped one nut into his slender mouth and looked out. “Do you set boundaries for them too?” I peered out through the window and saw a couple of kites in the sky. I shook my head. 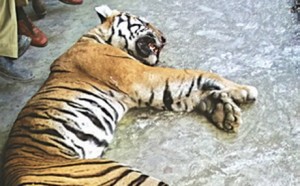 “You read the riot act to an animal which does not understand your laws. A tiger doesn’t realize where Bandipur tiger reserve forest stops and where Muthumalai forest region begins. It comes out of the woods guided by the smell of its food. And what do you do?” he asked. I saw tears collecting in the corner of his eyes.
“You read about that too?” He nodded his head, turned it away in time as a tear rolled down his hairy cheek.
““Did it kill or wound a human being, sir?” He asked in a broken voice, still looking away. I shook my head. No. “But what did you do to him? Thousands of beasts like you cornered him down like primitive Neanderthals, provoked him in the most barbaric way until it gave away excuses for you to shoot him down. I saw the jubilant crowd celebrating over his body. Cowards! Would they dare to face him one-on-one?”

There were pregnant moments of silence as the toddy cat wiped away the tears with his tongue.
“You watch tv?”
“Yeah, a bit of computer stuff too. “
“You left your shit near my system, a month back.”
“I read one of your facebook posts. Couldn’t respond in a better way. You have only ‘like’ button, eh?”
I cringed once again.
“But that was for a noble cause. That Delhi girl! I had to react.”

“Frslkpdboder!!! Do you know! A few who participated in the candlelight vigils were witnesses when that girl and her friend bled naked on the road. Tell me honestly, man. What would you do if you see a woman, all naked, bleeding from her private parts scream for help from the roadside in a night as you drive your car? Will you stop and help her? Most of the facebook gandhis would step on the gas and get away from the scene as quickly as possible. But they would be dutifully present on their timelines the next day fuming against the atrocities committed against women.”

“You hate facebook! A toddy cat who dislikes facebook. Woah! That’d be news!”
“Go and publish it on your timeline, man. I don’t give a damn.”
“Would you allow me to take a snap? An interview with a toddy cat would be a great story for my site. They won’t believe it, unless they see the pic of you sitting opposite me. Please.”

“Hrzzzz…..”
“What!”
“Grggg….”
“Hey! Don’t act up. You were talking until now. Don’t let me down. Let’s talk more.”
“Brzzzzzzkkkkkk….” With that it turned around in lightning speed, leaped to a branch of a mango tree and disappeared behind the leaves.

Manu has written 297 stories in Rum, Road & Ravings. You can read all posts by Manu here.
by Manu |
8 Comments |
Featured, Sane Ravings

8 Responses to An Interview with a Toddy Cat