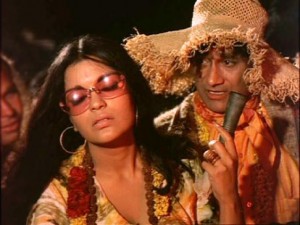 You either love that song like me or you belong to the generation which shook its legs ecstatically in tune with the number.

The song was India’s answer to the hippie tradition which raged in the west fifty years ago.

Long flowing hair, uncouth garbs, on the road for hashish, cheap travel and promiscuous sex – the hippies were perhaps the most loved and victimized of sub-cultures.

The very idea liberates the soul by er… perhaps poisoning the body. Yes, you take LSD and hashish out of hippies, the soul of the tradition is lost. You take free sex out of the mix, all its bite is gone.

But how could a group of youngsters inspired by such great souls like Jesus Christ, Buddha and Mahatma Gandhi be such freaks! 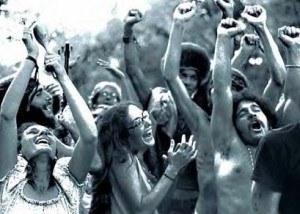 The hippies questioned everything that was violent, established, and western. But like Diogenes, the Greek philosopher they never tried to topple governments or fight, they turned away quietly from the materialized world around them which they hated, to create their own worlds. The message of peace they extracted from the teachings of Jesus, Buddha and Gandhiji formed only a quarter of them.

The rest was murder!

They knew they had to go to extremes ‘to establish their kingdom’.

They were the beat generation. Inspired by writers like Allen Ginsberg and Jack Kerouac they rediscovered themselves in rock music, psychedelic drugs and alternate forms of sex and faith to achieve ‘nirvana’.

One particular hippie slogan was “if it feels good, do it.” 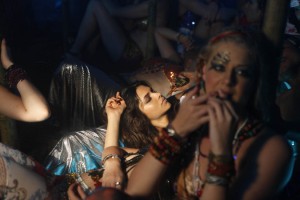 This encouraged spontaneous sex, drugs and other counter-cultural practices among the youth of the 60s. They made their life a laboratory where they carried out weird and wonderful experiments away from the prying eyes of the society. Osho with his revolutionary concepts of free sex was one of their gurus, so were there many others including Mahesh yogi, John Lennon(Beatles) and the one President Nixon called as the, ‘most dangerous man in America’ – Tomothy Leary.

The magical east, which was the cradle of many religions and exotic practices always had an appeal over the disenchanted youth of the continent.

So in the 60s the western youth hitchhiked in a mass exodus out of the stuffy west, on little money to expose themselves to the strange world waiting for them in Asia. It was a pilgrimage of sorts. They traveled on a shoestring budget to liberate themselves from a cloyed materialistic world, they left behind.

London or Amsterdam with their vicious atmosphere was a perfect point to begin the journey.

The hippies seeped through Pakistan, Afghanistan, India, Nepal and Turkey. They relaxed on Paradise beach in Mykonos, Greece, known for its hedonistic blend of dope and free sex, and the beaches of Kuta in Bali, another stop in the original hippie trail.

Marijuana cultivation and trade flourished all along the trail, sustaining their fire. In India Manali and Goa were their popular destinations providing them with whatever they wanted. Many potheads could never imagine missing the stunning spectacles of the Himalayas and the spiritual masters who had ashrams on its valleys. 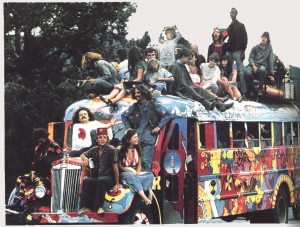 Many got a high on their new beliefs alone. The streets of the west suddenly began to witness a splurge of processions of the youth chanting aloud slogans praising Lord Krishna, wearing saffron robes, shaven heads, and pigtails – the Harekrishnas.

But the spring did not last. The craze of the hippy trail subsided when Afghanistan fell to Russia and later to Talibanism. Many other parts along the path also became dangerous, as they got infested with terrorists, cutting off the hippies from their holy grounds.

Eventually the hippy trail dried off and became a glittering episode of the past.

But how far did the hippies travel in the peak days? You remember a trend in Malayalam movies a few decades ago with a suffusion of disco and caberet? Both must be read as a single text.

The hippie trail penetrated so deep into Asia that many of those freaks during the 60s and 70s were seen relaxing on the golden shores of a place named, Kovalam.

Yes, our Kovalam! It was one of their prized destinations.