Friends, well wishers and my morally sensitive countrymen. Do not go beyond this point if the pictures of male genitalia and some plain talk on sex provoke you or wound your sentiments. Meet me at other stories which would soon appear in RRR. Au revoir!

Shangri-la, the kingdom of happiness – Bhutan! What does it all mean! 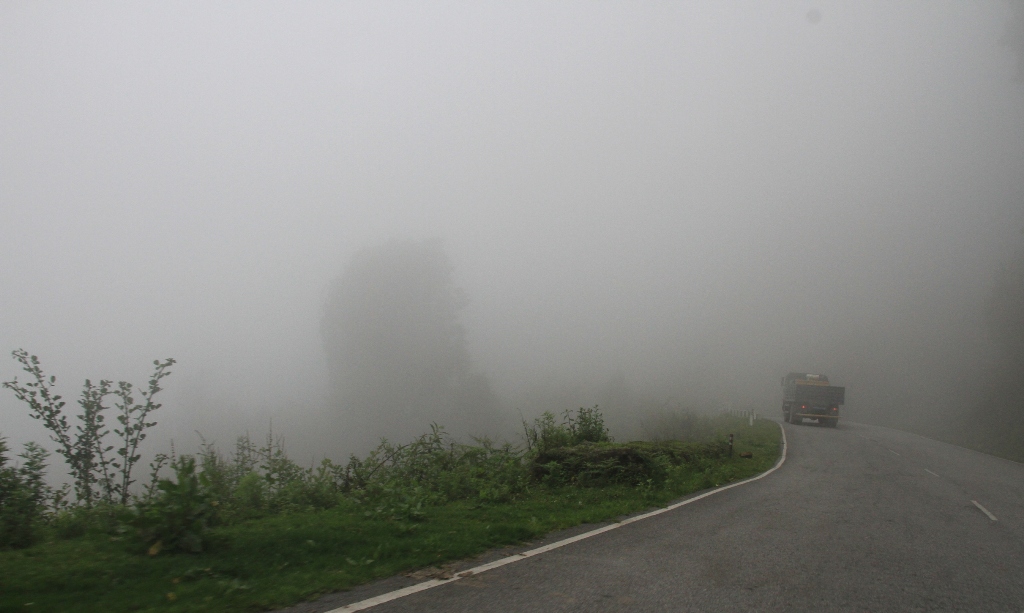 But how much of a country can be learned in a 10-day journey!

I was unsure when I packed my things. But as a traveler I believe in serendipities, chance happenings. Perhaps a few people I would meet there might help, open a couple of doors, and let me in to the mystic chambers inside Bhutan.

And I haven’t come here alone. When my student-colleague Jijo Thulaseedharan and his friends (who worked here 5 years back as school teachers), decided to catch up with old times and friends, he gave me a ring and asked. It is a nostalgic trip to them. To me this is a quest to know what happiness is.

I open the door of my cab and get off at the first village for a cup of tea. Ah, the cold air. Then I see something. I rub my eyes and look at them again. 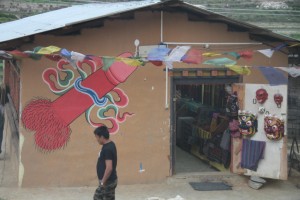 Most houses and shops near the junction invite us with huge drawings of phalluses plastered on their front walls. There is no mistaking or getting around them. There is no abstraction or poetic rendering of them. So finicky with the details; the artists haven’t left out the knob, the hairy testicles and the semen spurting out from the organ.

Forget cheating the kid by dismissing them as Bhutanese candy. There is only one candy in the world which looks like it. Big boys know it. Girls will see it in time.

“Hey, what are these drawings for?” I pose the question to the lone man in the group purposefully avoiding the women who are sitting a few inches under the huge testicles (seem like ripe coconuts) precariously hanging over their heads from the wall. I fear for their safety.

“It brings good luck. It drives away evil spirits.”
“What is it actually?” I fish out my notepad from the bag.
“Ha ha ha…Don’t you have it? It is a penis. Ha ha ha…,” I recoil, and quickly tuck in the notepad deep into my bag. The old Satan turns to the women and shares the joke in their language. All of them roll in laughter.
“Er…I know. But what I mean is… I don’t think Buddhism has anything to do with it. That’s why I…”
“Have you been to Chimi lhakhang?” he stops laughing and is all concern. I shake my head.

Drupa Kunley, a great master who revolutionized Bhutanese culture and thought, is to Buddhism what 20/20 is to cricket. He has brought business to religion, fame to enlightenment. You can’t ask the common man on the street to follow Dharmapadha or the Middle path. So Drupa hit below the belt, right on the bull’s eye. He used his divine penis to teach the men, dominate the women, subdue the demons of the land.

Enlightenment was his goal. Sex was his way. 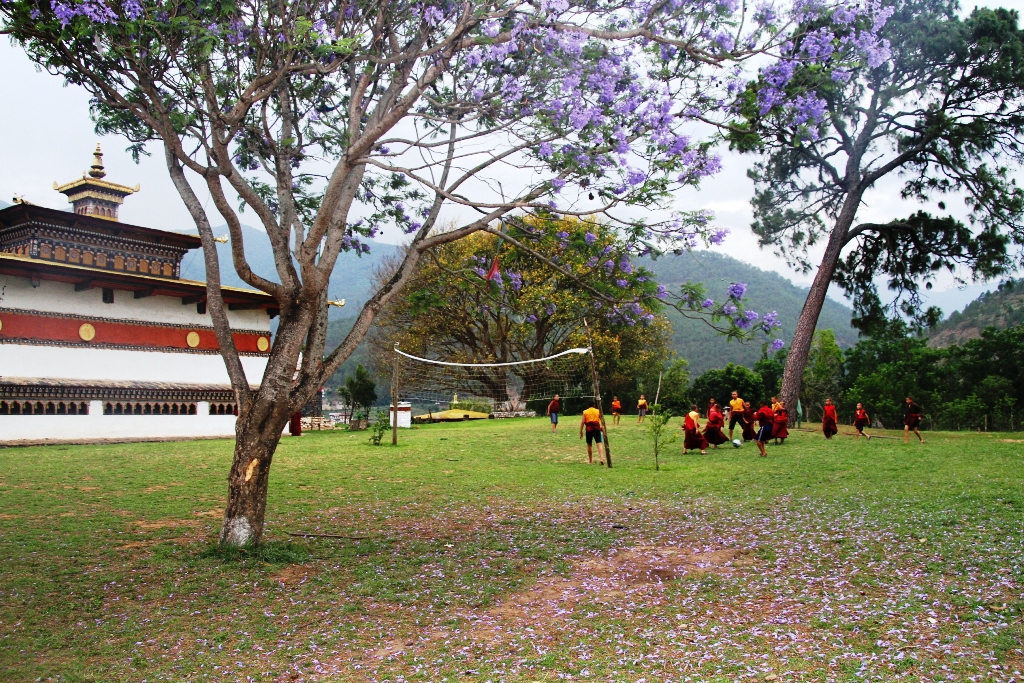 “I am happy that I am a free yogi
So I grow more and more into my inner happiness.
I can have sex with many women,
Because I help them to go to the path of enlightenment.”

Sang Drupa in one of his poems. What a monk! Many women attained nirvana at his visit. To see how a race too deeply immersed in Buddhist philosophy accepts a divinely mad saint like Drupa Kinley is a curiosity.

We get to Dupa’s temple, ‘Chimi lhakhang,’ near Punakha (see the pic above) on time to see a bevy of Japanese women blessed by the monks by touching their foreheads with a huge phallus made of wood. Soon they would become fertile (read pregnant), as the sacred texts say. 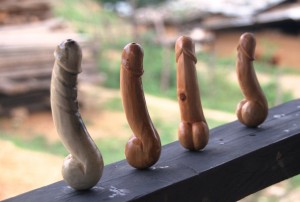 At the handicrafts emporium at the base of the holy mount, they have arrayed a host of phalluses of various sizes. I toy with idea of gifting my friends with some phallus-keychains. “Manu sir, meet Mr. Utpal from Assam.”

I turn around and see a handsome young man extending his hand towards me. “He is a teacher like us,” Jijo continues, “He would like to know whether we would join him on his way to Bumthang. He has already hired a car.”

Bumthang is too far. I have almost given up all hope to reach there. But now with someone to join us… “You got a driver?” Utpal smiles and moves aside to reveal a Bhutanese smiling smugly behind him, thrusting his hand at me. “I’m no driver, why? It is my sister’s car. Chang, I’m Chang. Call me Chang.”

I hold his hand.

Tshewang Chang – archer, driver, guide, tour manager, singer, dancer, lady killer, womanizer, eve teaser. But now he is just a warm smile and a cold hand to me. There is nothing in his arm which tells me that I am holding the very hand of the Gross National Happiness of Bhutan.

Behind me looms the large mountain of Chimi lhakhang, the temple of the 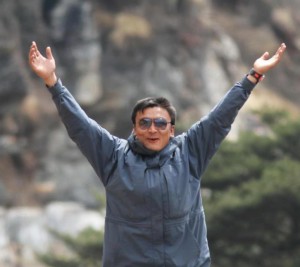 mad saint known for his heroics with his divine penis. Before me, stands Chang, who promises to take us deeper into the rabbit hole (the paradise) in a blue alto car.

With Tshewang Chang on the driving seat, a whole day’s journey is ahead of us.

Tomorrow at the end of the day if I am alive after one of the craziest car journeys in my life, a stranger would sidle up to me in a discotheque at Bumthang to whisper into my ears: “Beware of Chang. You don’t know how much you are in danger. He is a psychic. He will kill you.”