You are here: Home » Featured » A few whiffs of a perfume

A few whiffs of a perfume

Well, we might have all worn them at some point, especially those cheesy ones, with all our relatives and friends in Gulf countries. 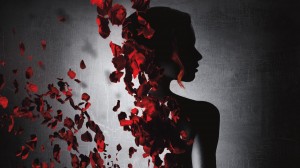 I was blind to the world of perfumes until last week when I stumbled on a book.

And learned that perfume composition is a delicate art which requires personal taste and refined imagination. Even a simple garden-variety jasmine perfume needs elaborate lab work for its preparation.

In old days things were much simple. For making rose oil, they only had to boil the petals of flowers. Water vapourized away and geraniol, pure rose oil remained.  Sounds as painless as making hot water. But was the process that easy?

How many of you know that it took a whopping 100kg of rose petals to get 1 litre of rose oil? Poor alchemists. They had to distill acres and acres of roses to fill a few bottles of rose essence.

Now take the case of musk and ambergris.

Musk is a fragrant substance used in the perfume industry as a base note and fixative (something which helps aromas to stick). It is a strong smelling brownish substance you get from the body of male deer usually seen in some Asian countries.

The pheromone helps the musk deer to attract its mates.

Why not wear it to lure our mates too? (Picture a laddu detonating in the mind) That has been the logic behind this craze for natural musk down the centuries.

Musk soon became one of the most expensive natural products in the world. 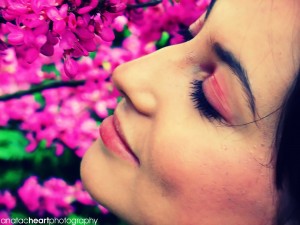 You could take musk without injuring the deer, but who bothered to take such pain! And it needed around 160 deers to make one kilogram of musk. Dead or alive. So just like roses, deers were also needed in large numbers to fill a few little vials of scent.

Now look at Ambergris. It is another much sought-after natural product which can be used as a fixative in the perfume industry. Actually it is the vomit  of sick whales which have fed on squids.

There should be an easier way to recreate the smell of roses, musk and ambergris without disturbing the creatures; people began to think at some point. They were soon successful in creating artificial essences. But it has never been an easy job.

For example a simple perfume can be an orchestra of 30 to 100 chemical essences. A perfumer on the way of making a scent should know by its smell each of the 100 ingredients which he uses to make the final music, the perfume in his mind.

The first step is an idea inspired by nature. The perfumer like an armchair traveler conjures up a very attractive image, a memory in his mind. It can be the fragrance of a lemon tree, the memory of a pine forest, the scented shadow of a magnolia or something as abstract as a piece of music. Now it is time to translate the idea into a perfume.

He has to rebuild the aroma, note by note, in real world with hundreds of essences and absolutes- the building blocks of perfume industry – surrounding him. So that a man who gets a whiff of the perfume inhales the lemon tree or gets into that pine forest, or walks under the shades of magnolia or listens to that piece of music the perfumer has coded into.

Sometimes the idea can be as complicated as that of a forest at dawn and a pair of lovers whose sweat mingles with the dew on the forest floor. You get all those images, the moment you get inside a cloud of the perfume.

Perfumers play on our moods with some scents.

There are aromas which make us fresh and zippy. There are those which make us sleepy. For example when you approach a tonga bean field, you might want to sleep. Still you will have vivid dreams in a sleep induced by the air redolent with tonga beans.

So the perfumers evoke the feeling of those vivid dreams in a sleep by mixing artificial essences and creating that faint note of tonga beans in the perfume.

Evoking a feeling is easy. It is in sustaining, good perfumery matters. We always wail that scents hardly stay with us, that they leave us after a couple of hours. Why? Blame the artificial essences in them.

In old times, when real musk was used, the aroma lasted for decades. And real ambergris could hold its scent for nearly 300 years.