You are here: Home » General » Esperienza Exotique » A Cup of Liquid Poetry

A Cup of Liquid Poetry 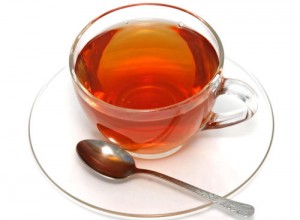 Making tea. Making a poem. They have a lot in common.

A poet poises each word on his palm, rubs it between his fingertips to feel its texture, smells it, sometimes even presses it gently into a shape that he has conceived in his mind, and finally slips it in meticulously at its apt slot nestling between two words which could draw the deepest essence out from the new neighbour just moved in so that we, the readers feel that a word, after a long voyage through the history of language has reached its sweet home for the rest of its life. It was ultimately born to reach here. So apt is the usage.

At Mariage Freres, the famous tea house in Paris you can listen to artists reciting…tea.

Just as in poetry they will tell you how subtle is the art of tea making. You must know how hot the water poured on the leaves should be with each tea, and why there is a steeping time for every variety. 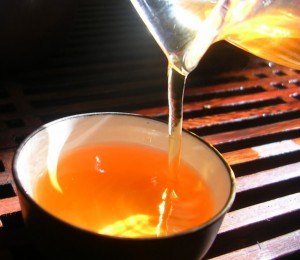 If you don’t scoop the tea leaves up at the right moment from the boiling water you will lose your bearings and have absolutely no command over the flavours the tea leaves release. Please don’t press too hard, they warn you gently, you are hauling out the tannin out of the leaves into the cup or you want it bitter?.

Finally there is an ideal temperature at which a tea has to be sipped.

Isn’t that subtle enough to count tea making as an art? Ever thought about these matters at your morning tea? At Mariage Freres they do. Because here, tea is a religion and there are high priests to oversee the rigid rituals of making the drink.

For the Mariage family, this tradition goes a long way back. In the 1600s two brothers, Nicolas and Pierre Mariage traveled widely on behalf of Louis XIV. They learned about the great varieties of tea from different countries.

The successive generations of the family decided to put the knowledge their forefathers garnered into test, they began the tea trade and in 1854 the Mariage family set up a wholesale shop in Paris. Soon the finest teas from different parts of the world began to make a beeline to reach the French gourmet tea company in Paris, which 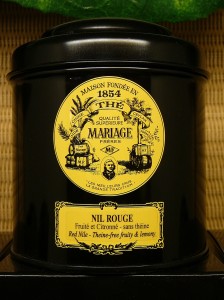 would cater only to exclusive retailers, tea rooms and hotels, thus creating a niche image in the market.

It was only in the 1980s Mariage Freres opened its doors for the common people.

Letting your eyes skim through their shelves in a Mariage Freres outlet in France, you will be in raptures reading the exotic names. See. Over there is Sencha Uji tea from Japan. Its elegant leaves make a slightly sweet liquor and a wonderful aroma which fills the palate. Another tea, ‘Red Moon’ comes all the way from the misty hillsides from where they first make a detour to the Tibetan monasteries.

Today the company runs more than 30 outlets in France, Germany and Japan. Its presence is felt in about 60 countries through retailers. Of more than 500 varieties of tea available in Mariage Freres, the most valuable is ‘Perles d’Or’ born in1854.

Tiny pearls have been sculpted grain by grain from a costly green tea, and then gently covered in fine gold. Steeped in a tea cup the pearls give off a delicate aroma of jasmine during infusion. As gold in ancient days was considered as aphrodisiac and an anti-inflammatory medicine, “Perles d’Or” has always got its enthusiastic drinkers. 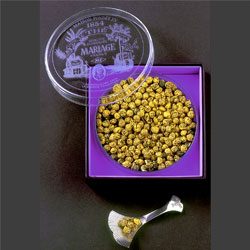 You know how much half a kilogram of our Kannan Devan tea costs? Around 110 bucks. Take a big fat purse if you want to purchase half kilogram of Perles d’Or (preferably of your father-in-law).

Imagine. You pump out at least a thousand bucks for every piss you take after that.

One Response to A Cup of Liquid Poetry