You are here: Home » Featured » 10 Best Rum Stories of the Year

10 Best Rum Stories of the Year

RRR celebrates its first birthday in style. Read the best 10 of its Rum stories. Here’s the cream at the top. 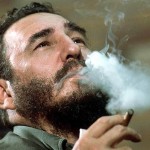 1)    Batting Against Red: This was a huge hit. The story of Bacardi’s fight against the communist government of Cuba is no secret to many. The story here goes into the exciting background of the enmity.

“But the communist regime made one mistake. Their marines went to the wrong building, the wrong city – Havana.”That was all that Bacardi needed.

Read more about the exciting drama… 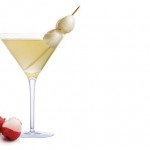 2)    Lychees, Roses and Yuhuan: This story holds a special place in this writer’s heart. It was Yuhuan with her ethereal beauty, and the drink made in homage of her immortal love, which lured me into the stories behind the world of spirits. After then there was no stopping.

“When the mind picks the tingle off the mouth, gently open your eyes. You may see Yuhuan, one of the four beauties of the world, with livery lips slightly parted, beckoning you from the other end of the pool. A scatter of rose petals away.”

3)    Where the witches meet: Wooh! What would be it like going to the home of witches on a sleepy night? Creepy stuff, eh? But not all witches were that cynical and evil. Some gave mankind, especially those starry-eyed lovers, a drink to help solemnize their love.

Come to Benevanto with your woman. “Sit opposite her with only a flickering candle and a bottle of Strega between. Now take the first sip of the potion, never letting your eyes stray off from hers. As the sweet liquer seeps down your taste buds, little waves of a warm tingle begin to wash over your face. You will find her eyes catch the sheen off the candle and burn with a brighter yearning.” 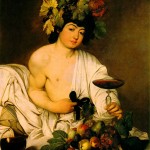 4)    The Wrath of Bacchus: How many bottles of beer would you take in one sitting, if challenged? Maximum six, right? What if a quantity, hundred times more come your way and you cannot say no? The moment you open your mouth to say enough, more unwanted beer gushes down into your system. Freaky stuff, alle?

Poor Godwin, when someone shouted beer he turned around with his stretched hand to receive the cup. But what came his way was more beer than his callous hands could pick up:

5)    The Sea Within: Linie Aquavit: This is the ambassador of my Rum stories. Whenever I narrate the wonderful legend behind 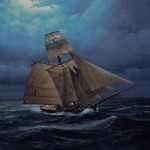 this spirit, my friends express great desire to listen to the rest of my stories. This is a stumbled-upon drink, a spirit discovered through a mistake.  When the casks sent to Indonesia returned undelivered , the proprietors were sad. But the sadness did not last.

Today, many centuries later, at the ports of Norway you may catch ships waiting with their decks lined with casks of aquavit, all set for the journey across the Atlantic.

“Don’t fancy any ports anywhere else in the world where this cargo would be unloaded; this drink has only one destination – back home. Yeah, the journey itself is the destination for this drink. ” Read more about the wonderful drink which travels…. 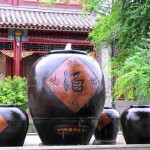 6)    Some Like it Du Kang: Since I began writing about spirits, I have been singing in praise of various drinks. I ran out of sugar and cream pretty soon and turned a bit bitter at some point of time. Do all popular drinks taste like manna? Is there a popular drink which tastes horrible? Du Kang, that Chinese drink which tastes like diesel in your mouth perfectly fit my dark, cynical mood. I explored the legend behind it.

“Du Kang is not a drink to be nursed, petted and caressed. It must be beaten to death. Like a mad dog. Here’s the user manual. Hold your glass by its neck as if you are going to smother it, clutch your nostrils tight with the other hand, and shoot down the fiery liquid in one swift and clinical move down the throat. A yucky taste of diesel explodes your lungs, mouth and brain.” Dare to taste a little Du Kang? Click here…

7)    The Golden Waters of Danzig: A spirit which contains gold! I first thought it    could be some publicity 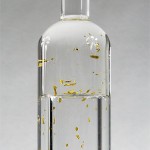 stunt. How can anyone steep a drink with gold? How can one ever drink it? A Malayalee would only think about straining the liquid for the metal, before he drinks it, I thought and smiled. Pretty soon I sat down at my desk to read the interesting legend behind it.

“The fun is in holding the glass against the light and gently swirling it. You will see gold dust rising up like snowflakes. Goldwasser in a little cut-crystal liqueur glass is a peek into heaven.” Read more… 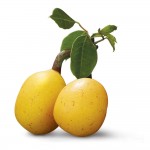 8)    A Few Shots of Amarula Away: How many of you remember that scene in the movie, ‘The Beautiful People’, (which many of us saw in our childhood) in which a horde of animals including elephants happily munching those fruits in Africa which gave them pleasant kicks. A fruit which gives kicks has always been the ultimate gift to a drinker, right? It was many years later that I heard that they have a drink distilled from the fruits.

“When the season opens, all roads in the forest lead to Marula trees. Not just elephants but all animals which can move an inch will be present for the carnival.” Get to this African drink by clicking here… 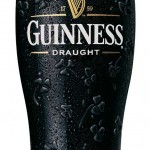 9)    Is Guinness Good for You?: Don’t you want to know those wonderful accounts   of the most popular beer in the world, Guinness? Why this kolaveri about a drink, the story explores it in detail. Learn how Arthur Guinness constructed an empire in Ireland which conquered the world in little time with its ‘meal in a glass’ concept. 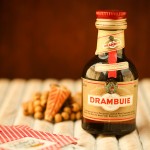 10)    Drambuie: A Toast to Friendship: He landed on the island with a purpose. But ever since the landing the poor prince was on the run, with the English army close on his heels. There were many who helped him, especially that woman, Flora McDonald and MacKinnon. At the end of the long chase, the prince was about to leave the land with his life. He wanted to gift his saviour with something precious. He opened his medicine cabinet. The rest is history. A legend was born.

One Response to 10 Best Rum Stories of the Year