You are here: Home » Featured » 10 Best Freekicks of the Year

10 Best Freekicks of the Year

When I began writing my column ‘Freekick’ for sundaykaumudi.com in the 90s, there were only a handful of online columnists from Kerala. None of them chose humour for a living I remember, except this writer who was successfully deluded by his friends to trust his funny bone. More than 15 years have passed now. Freekick has traveled from Sunday Kaumudi to Rum, Road and Ravings taking a detour to Yentha.com on the way. The only thing that hasn’t changed is the writer madly rambling under the delusion. Here he selects 10 best Freekicks published in RRR during the last one year. 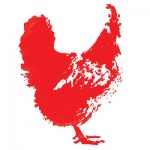 1)    All for chicken: I was fed up by the way I was treated at parties. I suspect a conspiracy. Or else why am I not getting those chunky pieces of chicken on my plate!

“Could it be a mistake? I looked at the man in uniform, caught his eyes and guided them to the mistake he had made on my plate. He smiled. “For me?” I asked through gesture (My eyes now big as saucers). “All for me?” (My voice   broke). “Can I use it?” (My eyes welled up).” Read the rest…

2)    Sacred stones from Ramayana: Rohit, my colleague went to Thusharagiri in Calicut with a few other reporters (all girls) to do a feature on 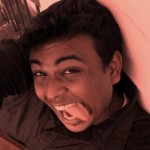 But why is Rohit sitting on the sacred stones? Isn’t that sacrilegious! Read more… 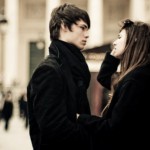 3)    General Motors Diet Vs Chilli Chicken: For the last sixteen years since our marriage the most heard statement in our home is ‘let’s start dieting.’ We kickstart it each time with much fanfare, but would lose steam midway. One day somebody suggested, “Hey Manu, why don’t you try General Motor’s diet. It is highly effective.” Is it so? I asked.

“Then I turned my head and caught her eyes. She was also looking apprehensively at mine. My eyelids did not bat. My lips trembled. My hands shivered. Beads of sweat gathered and trickled down from my forehead as I asked the sweetest thing a husband had ever asked his wife during General Motors diet.”

What did I tell her? Click here to read that.

4)    A Place Named Thengappura: Do you want to know why I don’t like to be famous? Blame the name of my place – Thengappura. It also will become popular along 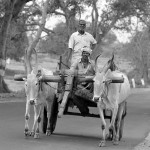 with me, I fear. I would rather die. Ask my neighbour Raj what it takes to be a Thengapurian:

“Raj joined the Navy, hoping that the name won’t reach him if he kept a low profile under the Pacific Ocean where his Submarine was idling. “Sir, are you from Thengappura?” Raj spat out the tea when one of his subordinates asked him one evening. “DO I LOOK LIKE THAAAAT?” He almost screamed, but….no. After all this is Pacific Ocean, he reminded himself.” 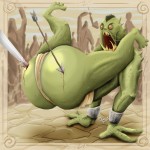 5)    Sitting on an Enemy: A shameful childhood memory. See how one of my body parts became my arch enemy. But alas, what use! I had to lug it around wherever I went. And couldn’t help sitting on it. But it was no more mine!

“Soon everyone – the servant girls in the locality, ladies from neighbourhood balconies, fisherwomen, college girls, school girls, working women, housewives, milkmaids—began imploring me from my back to use my hands to struggle out. “Manu… come on… you can…” they all encouraged me in inspiring chorus, sung from my back. Go away, don’t push me. I won’t dance to your numbers this time.”  Read more…

6)    The Battura Nightmare: My readers often raised their eyebrows reading this. God promise! This happened at a restaurant in the city. Had it 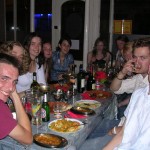 been you, a suicide would have been one of the options. But the writer of freekicks must first put it down in paper before he makes hasty decisions. That bloody hell of a battura! $^&8…

““Anna…” before he could complete, I bent down like lightning, scooped it up and pocketed the insult. I lumbered into the wash room like a ghost devastated. I washed my hands, my face, and looked into my eyes on the mirror in a state of bafflement.

The whole restaurant reeled around me.” Read what is happening… 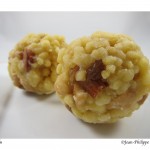 7)    With Friends Like Me Who Needs Enemies? This is the most popular of all Freekick stories. All the parties involved are still alive. So I once again turn down the requests to reveal any names. The poor Principal and her team who rushed to the hospital got more than what they asked. But still they were not the victims. Poor man…I still remember his face drained of all blood when he saw the team of women breaking into his ward.

““Jeez! Sir, what’s wrong with your eyes?” I asked.
“Oh Manu,” he said, rubbing his eyes with a kerchief, “Nothing serious, but I need an operation soon. Can you see a red spot in my eye? The doctors want it out.”
“Please don’t rub them like this, sir. You are making it worse.” The worst is yet to happen. Read about the incident…

8)    Lost in Advertisement: What if I go missing! What sort of advertisement would   my amma give out in the newspapers, next day? I woke up in the middle of a night 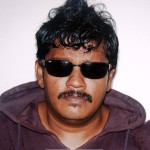 with that horrifying thought. And made it a point that I would never go missing, whatever be the cost of staying at home.

“The missing person has graying whiskers and a couple of white hair on his moustache as well” (Amme…(long helpless sigh) You would spot a wisp of white hair from across the continent, but would never understand what it is even when I hand over to you a big bun of hair I found from your sambar. I remember how you would roll it tightly into a ball straining ytour eyes over it with a stumped expression and finally diemiss it as, “it is only mustard, Manu.”

Mustards do not grow hair, amme, nor do they are the size of tennis balls.” Read the rest… 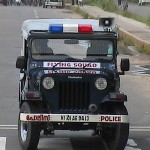 9)    No More Parties Please!: I have never been comfortable with meeting strangers and clinking glasses with them. It almost kills me. Somebody convinced me one day that I need to work on that weak side for a better future. Vijayan chettan, my neighbor friend opened the door for me to that wonderful world of community drinking. But sadly I was thrown out before I understood I had walked in. What happened?

10)    The Brave New World: This is one of my favourite pieces as it gushed forth from my innocent heart, now under a shock. No more introduction. 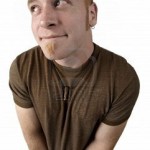 “Grown up! We were playing the same game and only she grew up.
Howwww!!!! I screamed.” Read more….