You are here: Home » Uncategorized » Rum Week: The Divine Tears of Africa

What’s in a name? That which we call rum by any other name would still stink as hell.  The sandy beaches of the Caribbean islands where you now relax over a rum 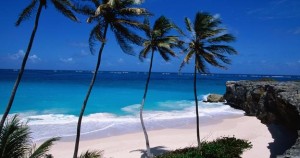 cocktail under the cool shade of a coconut tree are only glossy flyers of a drink with a shady past to hide.  The turquoise of the  water, placid and cool that you see through your droopy eyelids while relaxing on a languid hammock in Jamaica or Haiti is not the exact tone of rum.

Rum is dark. Much much dark that you can ever imagine. Its placidity and coolness are a 20th century construct.

Brewed in miniscule islands that seem like lustrous studs from the sky in the necklace of the Atlantic, shunned by plantation owners as “hot, hellish and terrible liquor” that was fit enough only for beasts, lapped up by ebony men who wanted to drown their heartaches in the vile liquid which was as dense as hell’s infinite nights, rum has been called by many names since the day it was coaxed out from sugarcane.

It had only one problem. Those who drank drank it copiously.

They didn’t stop drinking until the drink invoked pictures of a faded life – of villages and houses, no homes, their homes, their sweet little homes far far away – in lands as far  as previous lives or dreams or stories,  – with their edges curled or browned or smudged with passage of time – homes which were ones made of wives and children, of sunny peals of laughter, tiffs, and sobs from where they were rounded off one night and hurled into dark cellars pitching over violent waters; cellars reeking with human sweat and excrement.

They didn’t stop drinking until the drink finally carried the very pictures of those distant homes as well as the reeking cellars they’d painfully invoked far away into oblivion.

A 1791 pamphlet published in Great Britain pleaded the English men not to touch West Indian sugar or rum: 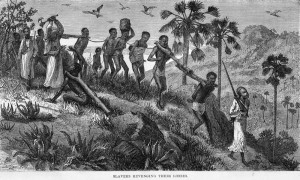 did all-creating Nature
Make the plant for which we toil?
Sighs must fan it, tears must water,
Sweat of ours must dress the soil
Think ye masters, iron-hearted
Lolling at your jovial boards
Think of how may Backs may smarted
For the sweets your Cane affords!” – Cowper’s Negro’s Complaint.

Prayers are made to say, not to listen. Much salt was shed on the harsh soil of Caribbean islands in the 18th and the 19th Centuries as sweat and tears to sweeten the cakes of France and to quench the un-abatable thirst of English men. So sweet sugar was to resist; so potent rum became to play it down. So, who would listen amidst their chatter!

Though he himself never tasted rum in his life, credit must go to Christopher Columbus who stumbled on the island of San Salvador in the Bahamas for sowing the first seeds 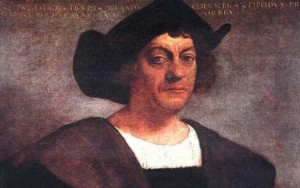 of the new drink. He came, he saw, he understood what the new soil was ready for. He brought a shipload of shoots in his next expedition.

Soon sugar caught on like wild fire throughout the Atlantic. America was next in line.

By the 18th century sugarcane plantation was no more a single product industry. Europeans were suddenly piqued by the prospects of Caribbean and South American summer, when even a byproduct, molasses, began to rake in good money in the form of rum. But they wanted only the juice, they were still afraid to touch the thorny husk (You know them, their ways and the white man’s burden: They felt no qualms in planting seeds of gonorrhea and syphilis deep into societies they contaminate but went morbid at the very thought of infections like malaria and cholera getting any close to them).

The sun beat harsh, snakes lurked in plantations ready for the bite, diseases ravaged the brutes but the money that came from sugar and rum could sweeten all the bitter pill.

To generate enough sugar for one thousand gallons of rum in a plantation it required the work of approximately 300 people. By 1770, England alone was importing two million gallons of rum. So tell me. Who would do all the dirty work? Not the white people.

There was only one solution – slavery. The triangular trade was thus born. 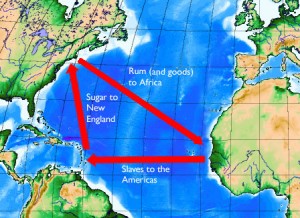 Trade route number 1: Molasses was imported from the Caribbean islands and Americas to Europe in order to process them into Rum.

Trade route number 2: Rum was carried to the west coast of Africa, where it was traded for slaves, as they did business with African Kings who had grown a taste for rum.

Trade route number 3: The slaves were shipped to the Caribbean and the Americas via the brutal Middle passage. The ones who were lucky enough to survive were sent to the cane fields.

Soon the sea became a very bust street. And a funeral ground. Cartloads of slaves who couldn’t make out to the Caribbean, but who were too busy dying for want of fresh air or food in the congested cellars of ships tossing over the waves, were chucked to the ocean.

Even without their help the sugar colonies in the Atlantic had successfully purchased and employed 4 million slaves in the islands.

Tell me now. What is your poison? 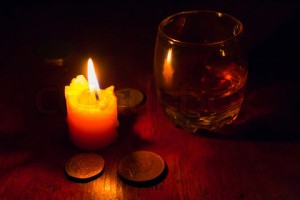 If it is rum, hold it a little longer before you drink. Can you see in it the sugarcane plantations of Barbados and other Caribbean islands where thousands of black slaves worked in the tropical heat day and night many centuries ago?

Rum is not rum if you can’t see through the glass white eyes of ebony men glinting in the dark as they dance frenziedly around stubborn fires lit on a windy shore. Rum is not rum, if you can’t hear the voodoo chants set to mad drums as they call upon their gods of distant villages to sweep over oceans, come and set them free from bondage.

Rum is not rum if you don’t taste the tears of African gods who fail to pop out from bottles. Like the genies in the myths.

Next in Line: The Royal  Navy, The Prates and the Rum.