You are here: Home » Rum » Tipplewise » In the beginning there was grape, then the yeast…

In the beginning there was grape, then the yeast…

Yeast is the the secret of the energy, find out why.

In the beginning there was grape. 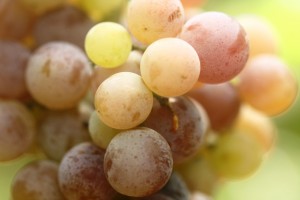 And it ripened, plump with sweetness. A fly spotted it; settled on it and dusted a few yeast cells stuck on its legs. The yeast, a living creature, a microscopic fungus, now dug deep into the grape to eat the sugar inside. The news spread and more yeast cells came that way.

Yeast has a habit. It eats sugar and poops a funny liquid – alcohol and a little gas. Carbon dioxide.

The grape fruit, after the Midasean touch of the yeast cell, now fermented in the sun. A few days later, a bird came in search of food, knocked back the purple bunch in one scoop of its beak down its fluty throat. The bird felt unusually happy. He could do many impossible things that day before his newly-courted mate – stunt cartwheeling in the air, somersaulting and precision landing. He spread his plumage to yet-unscaled dimensions and stole a look at his girl. He even startled a wild boar that day.

His girl was impressed.

The bird went again and again to the funny grape fruits to charge himself. But he could not contain his secret long; the bird bragged about the secret of his energy to his jealous and prying friends. More birds followed. The air reverberated with stunts and gymnastics for many days in the forest.

And the ancient man saw this.

He followed the birds and tasted the grape. The ancient man felt good, talked a lot, sang, beat his wife and slept like a swine. Waking up from the euphoria he decided to explore  different ways of harnessing the grape to create the funny liquid on purpose.

Well, that explains the prehistoric jug excavated from Iran some 5400 years ago which speaks volumes about the ancient man and his passion for fermented grapes – wine.

The mist we see on grapes is made of yeast cells

That’s what the last shot you guzzled down was. Hey, wipe that smile off, you teetotaler, so is your appam– yeast shit! Same pinch.

Any alcohol that you drink has been made by yeast cells feeding on sugar of a base product. They eat grape juice and make wine; chew into barley to make beer; chomp down sugarcane to produce rum.

So the next time you pop into a bar and catch somebody mutter in disgust, “shit,” after downing a peg of Salsa, remember. He means it.

Still until recent times the science of fermentation was unknown to man.

Before Louis Pasteur (that party pooper who spoiled the fun by explaining the process of fermentation) the magical ability of yeast to convert a barrel of grapes into wine was considered divine. The monks who were in the business had a name for yeast which means ‘God is good.’

There are more than 3000 varieties of yeast and each one is different in quality from another giving a distinctive taste to the brew. So brewers carefully guard the one they have been breeding for centuries to produce their unique drink.

They know that the unicellular fungus is the lynchpin behind the multi-million dollar business they run.They sing paeans on the humble work of the fungus along with the monks who did a roaring business in wine in the middle ages.

Manu has written 297 stories in Rum, Road & Ravings. You can read all posts by Manu here.
by Manu |
5 Comments |
Tipplewise

5 Responses to In the beginning there was grape, then the yeast…