You are here: Home » Featured » Why I Never Became a Poet After My Father

Why I Never Became a Poet After My Father

Why don’t you write poems, sir? You write well.

Whenever people ask me, I clear my throat, look away and pipe the easy answer: I have good 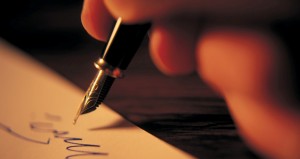 “So you never wrote poems in your life?” My student asks.
“Are you Pradeep? You come from him?” I ask.
No sir, I am your student. I don’t know Pradeep. Who is that?
No, nothing. Leave the matter. I don’t write poems. Useless exercise. I have better things to do in life.

Long time ago, while I was a regular contributor to Hindu Metro, I got this assignment to do a story on the University Youth festival. One evening, while I was mooching around the University campus, chatting up with organizers and participants, I thought I caught a familiar face in the crowd – Aswamedham fame, GS Pradeep.

Good prey! I read somewhere that he won Kalaprathibha long ago. His byte would layer up my youth festival story, I reckoned.“Hi, Pradeep. I am a freelancer doing a story for the Hindu. Great if I could take your byte on the Youth Festival,” I pulled a chair opposite him. Ten minutes later I rose from my seat, shook hands, and thanked the celebrity. I thought, the interview was finished, but then:

“Manu Remakant?” he asked, rubbing his double-chin, looking at me over his specs.
“Er…yes! How do you know me!”
“SMV School, 1988 batch?”
“Y..yes! But…how!!!”
“Ha ha ha…eda…you don’t remember me?” He stood up and threw his hands over my shoulder, all smiles.
“Yes, ehm…let me guess…I know. You are Aswamedham Pradeep, right?” Sorry, I couldn’t come up with a wiser guess.
“Not that, you bloody…I was your senior at school.”
“Are you! Oh my god! But you…oh, I am really sorry. You remember me after all these years!”I, shook his hand violently. 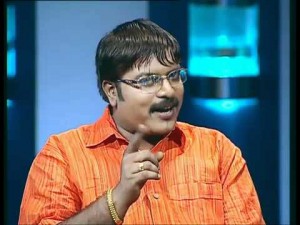 “You want me to recite the lines from the poem – Ila (The leaf) – that came in our school magazine?”
“You wrote poems too Pradeep? Oh, sorry, I never knew. What a jackass I am! Things quickly slip my mind, you see! You write poetry! You are really talented!” I beamed, congratulating him.
“Eda, it is not my poem. You wrote it! It came in our school magazine. Do you want me recite it?”

Uh oh, No! Suddenly something concrete slammed me on my head. My poem!

I didn’t write hundreds of them as a schoolboy. I invoked the poetic muse twice or thrice in my life and I still remember the reprimand I got the last time I summoned him! Never disturb me, the muse roared, to write such nonsense.

And this particular poem, the one on a leaf, (a LEAF! Imagine!!!), I remember it now, was so banal, hackneyed, and stale that no plant or tree or even a tussock of grass on planet earth would think twice in disowning its abomination of a leaf (or at least in shaking it off pretending a storm), once it finds it in my shady poem.

I slumped on to the chair opposite Pradeep and stared at him blankly. After a long time without writing any poems, I began to think only recently, I never wrote poems at all. That was how this crap of a poem – ‘Ila‘, the Leaf –drifted out of my memory. Now, suddenly the monster had come out from the vault with hell’s fury to haunt its Frankenstein. Never had I thought I’d a shady past to cover; never had I imagined skeletons up my cupboard, dirt under my rug.

I shuddered and squirmed under the sudden light.

Now vaguely, the lines from the poem started to drift back into my mind. Oh, my God! They

were the most unpleasant, gross, and unimaginative lines a 9-year-old boy ( At 2, they might look decent) in the history of Kerala could have ever come up with. All about a leaf. As if a plant has no other things to write about. Why not stalks, flowers, bees, pollen! Why leaves! I racked my mind for a reason.

I remembered the lines:

First line: “Ilaye, ilaye…” (Leaf oh, leaf!) Supposed to be an invocation. As if the leaf had gone deaf that you ought to call it a second time to get its attention. ‘Ilaye…Ilaye…” Can’t get over the voice of a vendor in a railway station screaming out ‘coffee coffee!’

Second line: “Pacha ilaye, manja ilaye…” (Green leaf, yellow leaf). Ugh! Thank god I stopped at yellow. At that time, I thought the red of bougainvillea was its flowers. It was spared.

Third line: “Kozhiyunna ilaye, kozhiyatha ilaye…(Fallen leaf, and the one which is still stuck to the bloody stalk…) See! What observation! What original thinking! Had it been any other boy, I would have pinned the fingers that wrote them into a mortar and pestled them down to pulp! The poem went on like that, until we witness its death-throws in the last line where it stopped,  dog-tired and half-dead, rearing its ugly head insipidly for the last time to ask the leaf whether he (See, I en-sexed it as male! As if one fine morning, the leaf would excitedly set off to find its 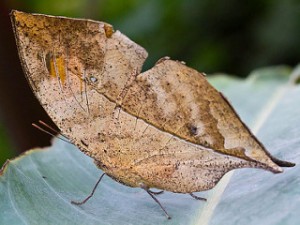 better half in another plant, fall in love, marry and fuck! Sorry, can’t help the French, can’t contain my anger), had taken his breakfast (Of what? Puttu and kadala!!! Bah!)

And to imagine that some teacher found merit in that mumbo-jumbo and published it in our school magazine! He might have imagined some hidden meaning in it. Or he had an axe to grind with my father who was a renowned poet.

I invoked the muse a third time in college when I studied Eliot’s Waste Land. So inspired was this writer, that I gleaned the longest and hardest words from the dictionary that even our teachers couldn’t understand, made them into a large pile, and jumped at the exact centre to see whether the words that would carom away to different directions ricochet and form any interesting formation.

They did. “The calendar looked at me with lidless eyes” was one of the queer formations that stunned, no prize for guessing, yet another teacher, who immediately put me into college magazine (There were other fallouts too. Once it saw light, my girl who was sitting on my proposal for a whole year thought I was on my way to become a great poet as she couldn’t understand a single line and immediately turned the green light on).

The poem dd not stop there. Some kindred soul picked it up from the magazine, called me up and asked whether I wanted to read my poem in a poet’s meet at Trivandrum Club. My first mission outdoors! My mother’s response was warm, my father’s cold, and I couldn’t fight back images of Perunthachan forming in my mind (There is no Perunthamma in mythology, see!) 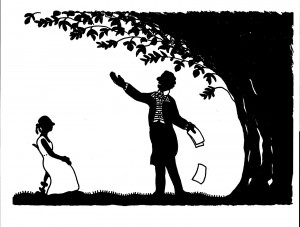 I took brief intervals during the rendering of the poem, to let the images sink deep into the listeners. At those breaks, like a steam engine, I never failed to sigh deep into the microphone, wiping my eyes, wetting my lips, and finally looking up to soak in the stunned or fawning expressions of my audience, only to find that the poets who had already read the poems before me were busy acknowledging compliments from the crowd through gestures, hand-waves and even through kowtowing from their respective seats, while the poets who would come after me were deeply buried in the scripts they brought to the meet (Now I know what Chitrasenan of Modern books meant when he told me, poetry is on the decline, because not even poets spend money and buy the works of a fellow poet).

Later I had to stop taking those dramatic breaks altogether because whenever I took them, the organizers thought I’d reached the end, and shuffled forward to introduce the next poet to my astonishment. I had to scream aloud the next lines to survive.

Among the audience, women talked concernedly about the price of onion, men merrily about an imminent DA being added to their salary. Most of them though working in Secretariat hadn’t met for long, I could tell that from their excitement and all that ballyhoo while I read my poem. The evening had its silver linings too. I got a sensation of content for a few moments when I found the crowd dispersing after my presentation. They came for me, I thought and then heard: 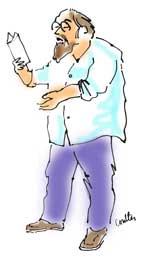 Only the old mike operator seemed to be keen, and egged me on with kind gestures to proceed.

Announcement soon came requesting the distinguished poets including me to get down from the stage so that we could continue the proceedings with some audience. We obliged and came down as a single file. I saw an old poet almost tripping down over a metal chair as he shuffled down hurriedly from the podium to see how good he looked reading the poem from the audience’ side.

At the end of the session we were busy congratulating one another for the poems none of us heard. “Keep writing son,” an old poet advised. You too, uncle,” I replied. 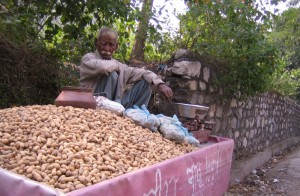 The poet that my father saw in me

My father wrote thousands of poems. But I would never forgive him for one line he wrote. It was during my degree-days and I woke up from my reverie when the class burst into a thundering laughter looking at me. “What!” My friend told me that the teacher just quoted a line from my father’s poem.

Achan told me the happiest day in his life was the day I was born. Maybe he loved me a lot.

But I know, he loved poetry more.