You are here: Home » Featured » Where art thou when the storm breaks?

Where art thou when the storm breaks? 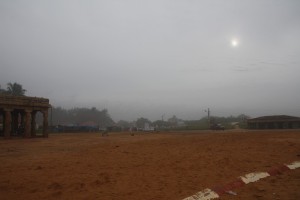 In one thoughtless moment I pull down the window-glass of my car. A slab of rain prowling outside leaps in, whacks across my cheek with its cold brutal fingers. See how stiffly it resists as I try to pull back the glass.

The beach has long vanished. Ten minutes ago, I remember, it was picture-perfect from every angle. One sudden rain has traded Shanghumugham for an abstract painting I can hardly read.

Better close my eyes and listen to the racket of rain as it patters on the roof of this car parked outside the Arabian sea.

The sea is up. The storm whisks up huge waves all along the deserted shore. Looking long into one such shore you can imagine scores of such stunning beaches dotted along the coastline of Kerala, now battered into shreds by this unwieldy monsoon. They could all be deserted. Suddenly desolate.

We don’t feel at home in a beach ravaged by a rainstorm. There are houses built for that. There we would crawl into a dewan, and watch with awe in the telly how the tourists who come from distant lands drench themselves in a strange and exotic rain, which has always been knocking impatiently on our doors and windows since our birth. 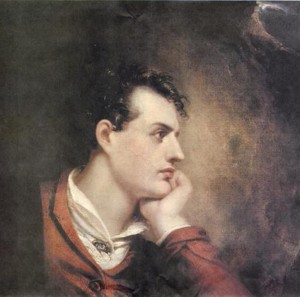 “Roll on, thou deep and dark blue Ocean – roll!” Can you feel the ecstasy of the poet, Lord Byron as he sang aloud against such a raging storm? To know that passion you must be one who would occasionally dare to pull a chair and sit opposite a rainstorm in your life.

A tête-à-tête with nature whenever she slipped into her harsh moods was one of the favourite pastimes of the great poet. But Byron was not alone. He was yet to meet another poet who had more penchant for the exotic and the dangerous than him.

The Swiss town of Secheron on Lake Geneva in the summer of 1816.

Byron met Shelley at the boat jetty and asked him for dinner.

What drew the two poets to this town in Switzerland was their fascination for their favourite fictional character Julie, created by Rousseau. Her voyages across the water with her clandestine lover braving storms had always caffeinated their imagination.

We catch them next in a yacht, closely following the path of ill-starred lovers of the novel. While one rode the boat the other read aloud appropriate passages from the text. They wove themselves deeply and seamlessly into the tapestry Rousseau had created in his fictional work.

Soon some kind of a charm was wound.

Quite mysteriously their yacht began to draw water at the same spot where Julie’s boat capsized. Their romantic hearts beat faster as they realized they were living out their 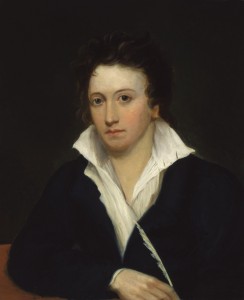 Byron was an expert swimmer; Shelley could hardly make a stroke. But the latter was cool when Byron offered to help him. “The tumult of its harmonies,” that the storm raised had already put Shelley into a trance. “He answered me in the coolest fashion,” Byron later remembered. Shelley did not want his friend to bother about his life.

Like the characters in the novel, Byron and Shelly finally made it to the shore.

But this brush with death could hardly abate their passion for the sea; the poets soon bought two stately yachts – a lean racer for Shelly and a stately schooner for Byron. The latter ordered the mainsail of Shelley’s yacht to be marked ‘Don Juan,’ after his famous poem of the same name. Shelley was hardly amused. He scored that out and wrote ‘Ariel.’

Shelley stacked the hull of his boat with his entire library.

Here when I watch the dying storm at Shanghumugham, I can also see that yacht, with its main sail painted, ‘Ariel,’ sailing aimlessly under ominous skies; its pilot settled tranquilly on his seat, with one hand on the tiller and one holding a book.

‘Ariel’ could sped past other boats “as a comet might pass the dullest planets of the Heavens,” Shelley would say proudly.

The boat was perfectly tuned for speed but alas, not for safety. 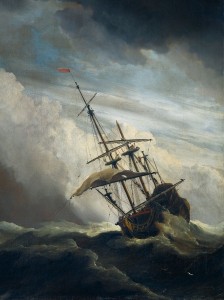 Under a cloudy sky, one July afternoon the beautiful comet of the romantic potry, Shelley glided off into a distant world, leaving hardly a trail. After 10 days a body was washed ashore.

From its pocket a copy of Keats’ Lamia was found.

The rainstorm has now mellowed down at Shanghumugham. The violent shore hobbles back to become once again a beach. People trickle in by cars and motorcycles to watch nature now perfectly designed for their viewfinders and lenses.

I look out in the sea. In the darkness did I  see a light? Now it disappears. My eyes peer into the rolling waves to see once again a couple of men; one riding a boat, the other reading aloud passages beating a boisterous wind in its own game.

A storm will find a perfect match in them.

7 Responses to Where art thou when the storm breaks?