You are here: Home » Featured » The Secret Only My Wife Doesn’t Know

The Secret Only My Wife Doesn’t Know 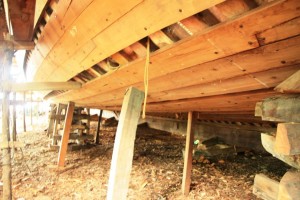 I literally jumped hearing the rumble in the air and caught the poet in the dusky light standing with his raised finger. I cowered in fear.

Time: Long long ago, perhaps in the hoary past thanks to my failing memory, a few people worked almost like brave warriors in the media field.

Our Mission: To launch an International magazine from Kurup lane, near Ambalamukku.

The leader: Sabin, my bosom friend.

We had to bring out the first edition of our magazine. Good, but what would be the cover story? We at the desk were pulling whatever hair we had over the matter.

“Sabin, I am going to Beypore,” I announced one evening.
“What’s over there?”
“I want to do that story that you once told me. Beypore Uru (Traditional vessels built for long voyages across the seas)!”
“Manu, let me join you.” 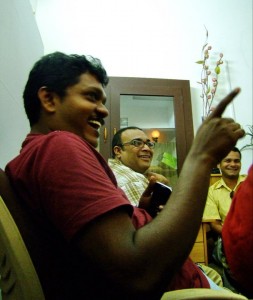 It was a wonderful journey for the two of us. Sabin and I drove in turns, laughed, drank, ogled at women half his age wherever there were pedestrian crossings – some fun only a man in his thirties and a man in his forties could do together.

“What a great journey, alle Manu?”
“True, Sabin. You are wonderful. Never laughed anything like this in my life. I don’t feel I have started my 30s.”

We reached Beypore early morning. My interaction with the Uru builders soon impressed the editor in my friend. That evening while we were sitting in a deserted hotel in Beypore over a pint of Bacardi, I found my friend expanding in girth. Something inside was trying hard to materialise outside, I guessed.

“Is it heart attack, Sabin?” I asked civilly.
“Manu, can I trust you?”
“Sabin, we are friends for more than 18 years. Why this question now? We have met our wives only later. Tell me whatever you want to say. I will take it to my grave.”
“Manu, uru…”
“Uru?”
“I have decided that your Uru story is going to be our cover feature.”

Silence descended on the room.

I picked my glass and put it up to my mouth more to hide a writer’s glee creeping out from inside behind it than to sip the rum. I thought hard as I glanced at him through glass. What move next! I shouldn’t do or say anything that could spoil Sabin’s decision. Will he drop this wonderful idea with the next peg, or should I pour him one more to keep the fire burning his fat. I racked my brain, while pretending to drink. Cheats! They never taught me in Press Club which expression to pick and flaunt when an editor tells me right at my face that he has picked my story to lead the show.

“You have done it extremely well. But Manu, you have to promise me one thing. This is top secret!” With that he moved his chair towards me and under a dim-lit light that eerily threw harsh shadows on his face, Sabin continued in a hushed tone: ” SShhh… Don’t tell this to anyone, Manu. Not even to your wife or kid. Many others in the industry want to know. May be they will do the same story, spoiling our launching edition. Uru is great stuff. As the editor I trust your writing. But I am sorry to tell you this, ” saying that he leaned back dramatically, and started sipping the remaining drink. I grew impatient. Finally he started again: “As a friend, I don’t trust your tongue, Manu. It starts the moment you get under a couple of drinks.”

I had to use some force to yank the glass off from my mouth, which had by now dug deep into my skin, and got lodged there; pop, it came off from my mouth finally, I wiped my lips, put the glass away, reached out and took Sabin’s hand. “You can trust me.“

My phone rang. Divya! I gulped. “Wrong number!” I said and disconnected the mobile turning back to Sabin. He was hardly impressed.

“Take that call. But mum is 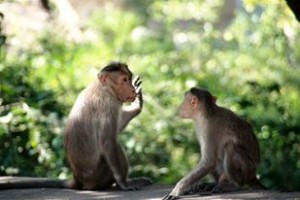 the word. You call your wife back and talk, otherwise she would be suspicious. I too want to make a few calls,” with that he rose from the seat, tottered out with his phone. But then he returned: “We are going to tell the world we are using a different article as our cover story. Let us lead them away from Uru.”

I regarded him with a gaped mouth. What a chip he has got inside!

I called back my wife.

“What is wrong with your voice? Manu chetta, are you fine?”
“Ha ha, ha.” I took a break from those blocks of laughter: “No! Have you heard this? We are going to put that story on the Coir industry as our cover feature. Coir, coir! All Indians love coir, don’t they? It would be a great story, alle? Uru is not important. It will come towards the last part of the magazine. We use coir to make a lot of things. For example, carpets, chairs,…”
“What Uru, what coir! What nonsense, Manu chetta! Why are you telling me all that?”
“Sorry. How is Ammu?”

I couldn’t get much sleep that night. ‘I should be tight-lipped from now on and for that I know what to do. Stay away from all sort of drinks. Sabin is right, I have this habit of opening up the moment I get a bit boozed up. Stay sober until the magazine comes out,’ I decided.

We got back home the following evening.

When I reached the office next day, the security guard greeted me by prodding my ribs with his fingers. 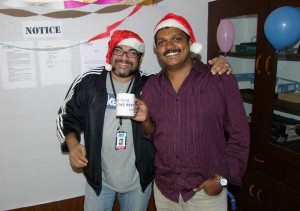 “Don’t worry sir! Sabin sir has told me about the seriousness of keeping this secret. He asked me not to tell this to anyone. Over my dead body, I said. But he told me that you have this habit of talking too much especially when…” he giggled, politely scratching his head.

“Uru!” The office-chechi who brought a cup of tea to my table got behind the curtain before I could catch her face. “Sabin sir told me everything,” she said, still hiding. “Please Manu sir,” the voice continued, “try to keep this as a secret until the magazine comes out.”

Soon I learned that everyone I knew – the driver, the office boy, the gardener, the painter, and even the pizza deliverer knew it was Uru. They were all concerned about me spoiling it!

“When did Sabin call you?” I asked the editorial board which was urgently convened to request me not to tell anyone about the matter. I noticed the conspicuous absence of the editor.
“Friday evening,” they replied.

I could suddenly see everything now.

Leaving me behind with a warning not to tell it to anyone, Sabin went out and called all of them one by one. He told the gardener not to tell the cook, then called the cook to tell him not to tell the painter, then he called the painter up. “I am sure you won’t let this go out. But I have doubts about Manu. He is a good man, but there is chance that he might spill it, especially when…mmm…you know eh?”

He might have called everyone in the city in that inebriated state to share the secret. And I can see. When he ran out of its inhabitants, he could have even called the city itself to confide it with the secret and to warn it against spilling the matter to the neighbouring town, Kollam! 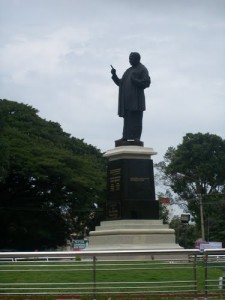 I was walking in a daze until I reached Palayam. It was then that I felt I heard that rumbling voice. Uru! Again! I looked up at the poet and shuddered at the sight of his raised finger. Blimey! Could he be too warning me against spilling it! No, I could only be seeing things. No statue in Trivandrum has ever talked, even though being too close to Secretariat, they have all got enough reasons to stage a walkout from their pedestals, not to say about raising a finger.

Then I remembered to my great relief that the statue of Kumaranasan had always been like this, standing with that raised finger. Sabin could have spared it.

That night I lay on my bed beside the only human being in the city who didn’t know it was going to be Uru.

2 Responses to The Secret Only My Wife Doesn’t Know