You are here: Home » Featured » The Rum Diary: Ayyappan Ramachandran

Ayyappan Ramachandran, Principal Correspondent, Deccan Chronicle, Trivandrum was one of my two friends I looked out for a year ago. With his long experience in the media field and the excellent stories he wrote in the New Indian Express and the DC he had already won admiration even from journalists of rival newspapers. I have always been proud of our friendship which goes back more than 15 years. So I pitched the raw idea to him over phone. “Rum, Road and Ravings! What an idea, Manu!” his excitement still rings in my ears. Ayyappan assured me by saying that with the subjects I chose I had my fingers right on the pulse of online readers. RRR grew positively cocky just because Ayyappan trusted his old friend with a mad idea of mixing Rum with Road. It was the birth of a crazy cocktail! Here he talks to the readers of RRR about the topic most people shy away from – Rum: 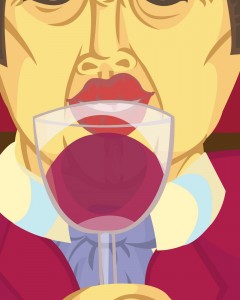 It was in 1996 that I stopped drinking. It was also the year I met Manu for the first time, in our PGDJ class in Press Club. (He had a delightful smile, the happiest guy in class, and had come across as someone itching for action. Whenever I think of him, it is always in fast motion).

1996 was also the year I read the Roald Dahl story ‘Taste’; a title so laughably drab for a Dahl story that it effectively masked the provocations it held for me. For someone who had just about managed to turn away from the bottle, who was still suffering a knife-tear pain deep inside the stomach which doctors inadequately term ‘withdrawal’, ‘Taste’ was a vicious trap. The story was about a gourmet named Richard Whatever (sorry, I forgot Richard’s family name). Richard, a portly bespectacled man of more than 60, could take in a sip of any wine in the world and trace it right down to the vineyard from which it was extracted.

What was unbearable was Richard’s description of the wines he plays around in his mouth and then slowly cajoles down his pharynx. “Bashful”, he says about one; “voluptuous and feminine,” about another; “Obscene but charming” about a rare claret from France. These human-like or anthropomorphic qualities he gave these wines induced a strange sense of loss and longing in a born again teetotaller. A 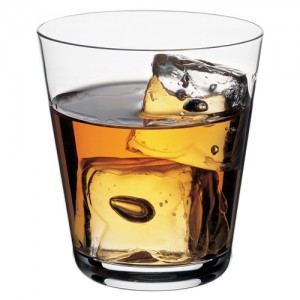 married man who comes across a devastating beauty might perhaps experience a fraction of what I had felt then. Dahl’s story had let loose a cocktail of emotions that knocked me down: thirst, greed, pain, weakness, jealousy, pining, nostalgia, worthlessness… Dahl knocked me down, yes, but I got up a more determined abstainer.

Manu is trying to do what the great Roald Dahl had failed to achieve more than 15 years ago, which is to get me back to drinking. Now I don’t have that tearing pain that remote-controlled my body to seek out the bottle but still I find my friend with the delightful smile more vicious, more brutal, than Dahl.

It was his free-kick columns in which he experimented with English and which I first came across in yentha.com that brought me to rumroadravings. Since this guy’s language has a near-hypnotic abandon (sample these: “Brewing beer is not pappadom-fryingly easy” or “We were playing the same game and only she grew up”), I was careful not to explore the ‘rum’ side of the blog.

But gradually, without even me knowing, I looked up these posts. And the first one I read, which I think is a late one, had a sentence that gave me a sucker punch that knocked me flat; hands and legs splayed, face down and twisted. “Take the first sip. Close your eyes to listen to the sweet little pops as the taste buds crack open to hail the floral liquor.” For the first time, more than 15 years after ‘Taste’, I found something cracking open 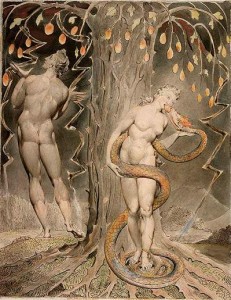 within me; pop… pop… pop… ugly blood-thirsty but oh! so delightful urges long buried bursting out. I was once again knocked down by the mighty chaos of the same set of emotions let loose in me by Dahl. But I got up as heroically as I did 15 years ago, determined to be stronger.

From then on reading these posts became a deadly game. I did not have the courage to complete Dahl’s ‘Taste’ but with Manu’s RRR I have waged a war. I religiously read his posts, get knocked down more often than not, still clamber up, bloodied and tired, and shove my right middle finger right up his imagined face. (Here is one of the ways in which I manage to avoid Manu’s word traps. The lines that have a devilish hold on me, I write down. Then I repeat them, over and over. After repetition what remains is only the beauty of the words, the deviousness packed in them gone. Middle finger up).

Here are four of the many traps I survived: 1. “Now even at the Long Bar where the drink was once born, you can only have a version of the original Singapore Sling. But experts now agree that gin, cherry brandy and Benedectine are the main ingredients of the drink. Rest is imagination.”; 2. “But rum did strange things to its drinker especially when half –a-pint of it sloshed in his belly.”; 3. “Drink it neat, and then add a few drops of water to retaste it. The water will open new flavours from the whisky.”; 4. “The beer is often called ‘a meal in a glass’ even though it has very low calories. Put it against your lips to feel its rich and creamy tang.” 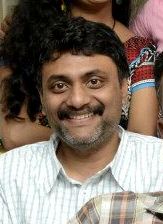 Recently, he tried a new trick with me. He told the story of Heather Ale, the tastiest drink ever brewed. It was a tale of sacrifice, about a father who refused to reveal the secret of the brew by letting his only son be killed and then becoming a martyr. Through the story, the daring blogger (I am tempted to use its rhyme ‘bugger’) that he is, Manu was trying to convince me of the cruelty of my abstinence. What I read between the lines was a sharp taunt: “When there were people who had died to uphold the sanctity of the brew, aren’t you a nincompoop of the highest order to deprive yourself of a drink that would lead you to paradise.” I struggled to protect my ego but I managed.

He even tried to teach me a new ways to say cheers: “Slainte!”, “Gun Bae!” Each time, I ignored. Keep trying buddy, it is only a year gone. I am game.