You are here: Home » Featured » The Ghost of the Canary – Part 1

The Ghost of the Canary – Part 1

My students often ask me whether I believe in ghosts. Well, I had a few experiences. My friends who stayed with me in the Canary Lodge, Kollam two decades ago could never forget this blood-curdling incident that happened in our lives. Let me share with you the tingling that I still have in my spine.

“So where do you live?” I asked one of the young boys.

He was about to answer, but then something happened. He stiffened, his eyes popped out, his blood curdled, poor boy, he had never heard or seen anything as appalling as that. 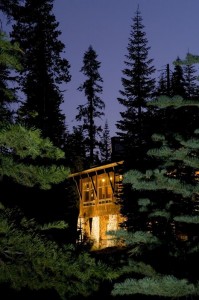 It was a petrifying howl that seemed to come from the very bowel of hell. He saw me hurling myself back with that loud screech, falling headfirst on to the double cot behind me. Once landed I writhed like a serpent in anguish, right hand stretched towards the roof, fingers grappling on empty air, left hand beat about my face and head, fingers pulling the hair out from their roots. My pupils moved up and disappeared behind the folds of my upper eyelids, leaving pools of a pallid white that were once human eyes. After a long bout of severe spasm, my body abruptly froze; veins stiffened in my neck, and then as he looked on with bated breath, out came two canines, long pointed teeth from the corners of my mouth.

No one had uttered a syllable until then, no one even had breathed.

After a while the boy stirred, the boy whom I was talking to; he gathered a touch of nerve and turned towards my friends and asked in a shaky whisper:

“What is this, chetta?” but his voice was drowned by another piercing scream that shook the foundation of the lodge. “BLOOD!!!!!”

He jumped back; they all did, away from the bed.

“BLOOD!!!! BLOOD! BLOOD!!! Give me BLOOD!!!” I screamed. My pupils sprang back to the sclera, and were rummaging around for a ripe vein in the vicinity. “BLOOD!!! Give me blood!” I yelled and leaped towards the jugular in that boy.

Recovered from the shock, Rajesh and Bhanu, my roommates, pounced upon me and fell back on the bed along with me, their muscular arms grappling mine, pinning them down to the pillow, their knees pressing on my chest.

“Idiots!!! Dumb brats! Are you watching cinema, buffoons! Hold his legs down. Quick! Hold them down, come on!!!! Bloody!” Bhanu turned and yelled at the poor boys, exhorting them to hold my legs which were thrashing about at the foot of the bed. 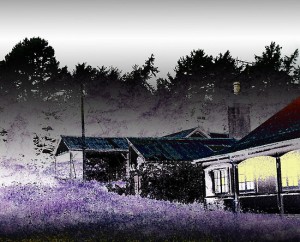 Screaming, howling, wailing, weeping, barking, cursing, I struggled to squirm myself free from the immense weight of my friends, who were virtually sitting on my chest. Then I felt the hands of those young jerks soft-landing on my violent legs, as tenderly as a girl would touch a flower, or a geek would touch the screen of his new iPhone; the breeze from the table fan was fiercer. And I found their sweating hands shakier than my legs. Still my legs went limp inside their fingers.

I passed out. The writhing stopped. But they continued to hold me tightly for a few more seconds, until they made sure that there was no more movement, and they sighed, released me and moved back from the bed leaving me lie there with closed eyes.

I heard Rajesh: “See, what did we tell you? That is Mathews in one of his milder moods.”

Mathews was a tea-vendor who stayed in the Canary lodge, opposite Kollam SN College some 65 years ago. He was a good man, but he committed suicide, as he could not help his family get through a financial crisis. Poor Mathews threw the end of a rope to the ceiling fan one night and put a full stop to his miserable life. When his body was found after a few weeks, his right hand had withered off from his torso, a gruesome sight.

Even though dead, the spirit of Mathews could not quite shake the lodge off his soul where he lived for so many years. He decided to live the place to the lees through the inmates who would move in from time to time.

It was the 90s. A few boys who got admission in SN College and who didn’t know the terrifying tale of a tea-vendor who committed suicide, moved in and demanded the very room where the body of Mathews swung about in a ceiling fan without a limb. Mathews looked down from the ceiling and smiled. 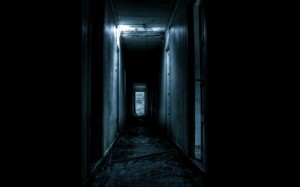 No one understood the criteria of Mathews picking his morsel from an assortment of lodge-mates, (Rajesh then suggested my unusually pointed canine teeth could’ve helped: “He has the basic structure.”) but once chosen the poor victim had to live Mathews and his wishes out.

Whatever Mathews asked, he was given.

But don’t assume that the ghost of the Canary was a freeloader. Mathews would pay his host in queer ways. He could help by asking other mates in the lodge to relieve his host from doing class assignments, or ironing his shirts, or even doing his washing.

“What if his wish is not heeded?” A boy asked, shivering.

Bhanu sighed and looked at Rajesh. Rajesh sighed and turned to Bhanu. Certain questions need not have to be answered.

“Do you know the things that happen in this lodge when you’re asleep?” Rajesh asked.

A shudder went through all spines gathered around my bed. “No, chetta!” 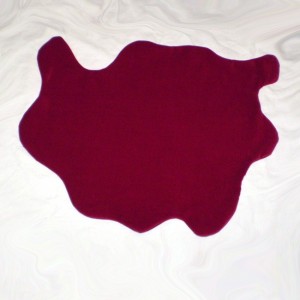 “Well, we noticed Manu slipping out of the room on many nights. So we decided to follow him. We went quietly down the stairs and out into the street only to catch him…” Bhanu stopped and looked at Rajesh, asking him silently whether he must tell it all. Rajesh sighed and turned to me still lying on the bed.

Then he finished what Bhanu had started. “They’re going to live here. Let them know everything Bhanu. Well, that night as we followed him, we caught him crouching at the foot of a lamppost with a pack of dogs around him. He was…please don’t panic…and you know? Manu doesn’t remember anything next morning about what he did the previous night!”

“What did you see chetta?”
“Well, he was…talking to the dogs…”

No one in the room stirred.

Half an hour later, Rajesh threw a big pillow which hit me squarely on my head:

“Rise up you bloody Mathews! Those fools are all gone!”

Well my readers, you might have as well guessed it as a setup midway, right? Yep. We created Mathews and his story to terrify our juniors who moved into our lodge, the 90s version of ragging. Our intention was to leech on to those boys for free services.

1)   The moment the juniors moved in to our lodge, my friends would befriend them. They would sell everything about the lodge including its history, Mathews and the one who is presently possessed.
2)   Whenever I passed them my friends turned fearfully silent. That freaked the poor chaps out. 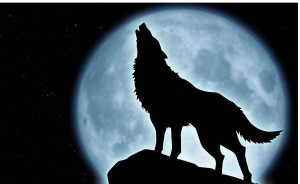 3)   You have seen the third stage. I turned possessed right before their eyes. Some of them even peed in their lungies when I screamed for blood. Poor guys.
4)   A few days would go by. Midnight, I would knock at one of the doors, get in with a dead pan expression, ask for water, pull out a chair and sit opposite a boy. I would look normal, but my eyes would be distant, ice-cold, showing subtle signs that Mathews was just round the corner. When the silence got unbearable for the poor chap I would ask whatever my friends wanted from him. “What is the name of that beautiful girl in your class?” I never acted up in their rooms as I was sure they would fall dead right there. That much schized out they all would be.

But not all among us seniors were happy at the things going on.

Omanaseelan (Please don’t laugh. That was not a nickname you just read, but his parents were serious people while he was getting born) was a PG student and the senior most guy in our lodge. But whenever we conspired to trap the next batch of juniors, he freaked out midway, half believing the story we were creating.

“Eda we must stop this sort of fun. We are playing with fire!”
“But we make up this story, man!”
“How can you be sure? Maybe there was a Mathews who committed suicide in this lodge long ago. Or how did we get this name, Mathews? His ghost might’ve made us come up with his name.”

Well, that sent a little chill down our marrow.

No, it can’t be! But it is true we hardly know anything about the story of Canary lodge and those of hundreds of people who stayed in these rooms before us! We shifted uneasily in our chairs. Meanwhile without our knowing something was brewing in the shades and dark corners of that poorly lit lodge.

And none of us at that time knew, I only had to wait one more week to meet my tenant, face to face.

You too must wait to read that blood-curdling event that happened in my life. Please wait for a couple of days.

Click here to go the second part of the story: The Ghost of the Canary – Part 2

One Response to The Ghost of the Canary – Part 1