You are here: Home » Featured » The Ghost of the Canary – Part 2

The Ghost of the Canary – Part 2

The story, ‘The Ghost of the Canary‘ continues…

I used to come home every weekend. But the following Sunday I got quite bored at home, and decided to get back to the lodge by an evening train. I wanted to see my friends and with them perhaps I could play more pranks upon the poor juniors, I thought.

When I reached Kollam it was 10 O’ clock, night. Canary lodge was a kilometer away. I decided to hoof it through the dark. Walking along the road, long and deserted, I suddenly burst into a wicked smile.

What if I pull a trick on my friends! 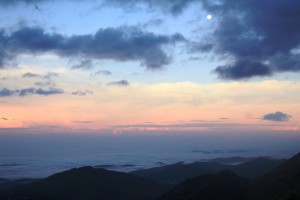 They don’t expect me back at the lodge tonight. I hugged my bag closer against the night air and quivered in excitement over the drama I was going to create. Ha ha ha… they should get a taste of what they were serving the poor juniors.

Once I reached the lodge, I padded up the dim-lit stairs. The lodge wore a deserted look with all the inmates fast asleep. I tiptoed to the door of Omanaseelan, the PG student, the weakest link among us the seniors. I should start from here.

“Omanaseeelaaaaa….”
I modulated my voice so that only a husky whisper quivered across the wooden door, a whisper finely chiseled to prod and rattle only one pair of ears:  Omanaseelan’s. I waited with bated breath. No response from inside. Only his snore.
“Omanaseelaaaaahhhhhhh….”
This time I rapped softly on the door, listening intently to pick movements from inside. Then I heard the poor guy shifting uneasily in bed.
“Omanaseeeeeeeellaaaaaaaa….” This time the snoring stopped.

“Aara(who is outside?)…?” The voice was broken, its squeaky sides showing.
“Your friend! Open the door!”
“Which friend?” 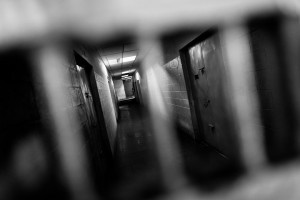 “Omanaseelaaaa…how can you forget me? This is Mathews. Mathews, the tea-vendor. Mathews, who hanged himself long before you moved into this lodge. Mathews, who could not get any rest since then. Omanaseelaaa…..”
“What do you want?” It was more a squeal than a question.
“Mathews is tired…(sighs aloud) Mathews wants blood (nails scratching on the door). Open the doooooor!”
I was answered by an ear-splitting scream: “Ayyoo….Eda Bhanu…Rajesh…Odi vayo! Please come! Help me! Mathewsedaaa…!”

Startled, I jumped back, turned and clutching my heavy bag tightly to my stomach, I dashed off from the door as fast as I could, sprinting along a dark and long corridor, past rooms on either side, past windows that could open any moment, past the ventilators high up that began to light up one by one. Never thought the devil had such loud voice! I had to hide before anyone could open the door and catch me. The show must go on. Once I reached the end of the corridor, I took a left towards the common toilets. But the moment I turned, I slammed on the brakes, stopped, swiveled around, fell to the ground, and crawled back warily to take a peek back at the corridor. I was panting like hell. Had I woken all of them up! Had I stirred the hornet’s nest! Damned! I cursed the full moon high up! As there was no roof above, it was easy for someone in the corridor to spot me sitting here at this end, in a pool of moonlight, peeking at them. But I was dying to take a look.

I craned my neck and looked. My heart fell. I found to my dismay the long corridor deserted. All the lights that were lit were turned off. No one bothered to answer the anguished cry of Omanaseelan. There was darkness once again! And silence! Life continued in the corridor as usual. Damn! I must do something harder to give them the creeps, I told myself.

I sighed. Friends, it happened then!

I told you I was crouching on the floor. I was about to gather myself from the ground when suddenly it turned dark right in front of me. I thoug

ht it could be rain clouds screening the moon behind me. Then I gulped. The shadow of the rain cloud on the cement floor before me took the shape of a man! And it soon engulfed my meek shadow. Its size was growing. I sweated for a moment, gathered all courage, turned with a jolt and looked up.  For a moment I could not read what I saw. The moon was high up indeed, but I could see it only through a mat of grey hair. Hair, each silver strand of it could be told apart as it glistened in the milky white of the moon. The mop of hair was close, so close that I could reach up, touch it and rub the silver strands between my fingers. Just below the mop of silver my eyes traced the dark outline of a head, its features sunken in shade. Below the head I traced the trunk of an old man, doubly bent. The creature was poring over me. One thing I knew, there was no old man staying in the lodge! I knew every inmate. No, not anyone as old as this one!

Next moment, I was tearing through the corridor like an ambulance, yelling, waking lights up in rooms either side of me. Never thought this could happen. Mathews had come to claim me, someone who was using his name in vain, I was convinced. I was knocking at doors randomly all along my flight, pleading people to wake up and let me in. Suddenly I heard a window opening behind me; I stopped and rushed back. “Let me in!” I cried through the crack. “What’s up chetta?” It was one of the juniors. But it’s no time to count the number of times one had Onasadya over another. 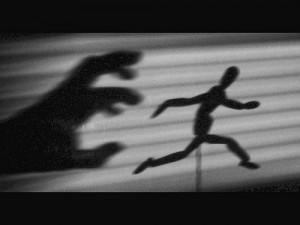 “Mathews!” I screamed. He slammed the window shut. But why!!!
“No, no no Sinoj! Please believe me! I am not Mathews! Mathews is over there!”
“Go away man! You will not get a drop of my blood!”
“Bastard!”

I resumed my flight, cursing my friends for pushing me into this bloody son-of-a-bitch ghost business! Another guy opened half the door, but seeing me fretting and sweating and pushing at his door, he yelled back, kicked me in the shin, held me by the collar and hurled me with all his force back into the corridor. I was stunned. It seemed it was a life and death matter for the guy or otherwise how could a junior treat a senior guy this brutally! I kicked at the closed door hysterically, pleading him to let me in, for I am not anymore Mathews, and never was one, at any point in my life, but my tear-inducing pleadings were answered by a torrent of prayers from inside seeking help from lord Krishna to protect him from evil, me, Mathews!

I turned towards the end of the corridor.

There he was, the old man, standing still, looking at me! I could see his outline bent against the moonlight in the background! Mathews, the tea-vendor! This is my death! “Save me!” I turned and resumed my flight, my bag that was slinging down from my shoulders now followed me far from behind.

Soon I found myself at the doors of Omanaseelan, the point where I started my mission confidently a few minutes back, but now the prodigal son had returned, tears of regret stinging his eyes!

“Omanseelaa…ayyoo! ! Open the door, Omanaseela….” The voice-modulator who could send husky whispers across wooden doors was long dead. It was a wail that preceded me and went across the wall this time.

Finally the door opened with a creak. All Omanaseelan heard, when I dashed in was: “Mathews!” Omanseelan looked into the dark corridor where I, shivering on his bed, pointed at. 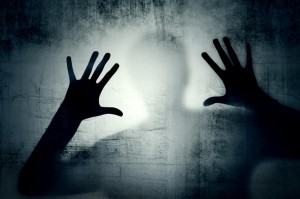 That night my friends searched each and every cranny in the lodge. No sign of the old man!  At one point we had to wake our juniors up and seek their help to solve the mystery. One whispered to Bhanu pointing at me: “Chetta! Why should we search elsewhere when Mathews is right here with us.” Bhanu sighed: “We are sorry mates, but it was all a story that we made up to scare you. We wanted to have some fun at your expense.” The boy turned to me. I nodded, looking away.

We, boys were so courageous that we spent that night in the same room. No juniors, no seniors. All differences sank with Mathews prowling outside along the dark corridor. No one wanted to get back to his room. No one could sleep either.

In the dark, as we huddled around in the bed, one boy asked me.
“You have long pointed teeth.”
“A defect, actually. I will get them corrected.”
“You said you wanted blood.”
“Please don’t hurt him more. And kindly don’t bring up words that could get the attention of Mathews,” Bhanu pleaded.

There was silence after that. 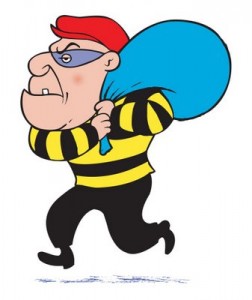 In the morning we went down to lodge a complaint to the manager. Before we could open our mouths, he opened his:

“You heard the news? Yesterday a thief broke in to our lodge.”
“When?”
“Midnight.”
And?
“Well, you know? My uncle from Kasargode was here yesterday. He saw the thief with a big bag squatting on the floor near the toilets. When he saw him, the thief was so scared that he ran away. But it is so funny! You know what my uncle said? The thief screamed out a name, Joseph before he dashed away. I wonder why!”

9 Responses to The Ghost of the Canary – Part 2