You are here: Home » Featured » The Criminals who Mass-Copied: Part I

The Criminals who Mass-Copied: Part I 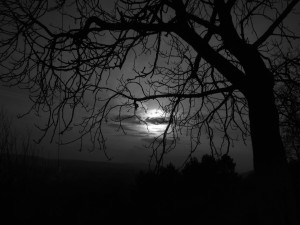 You have a hundred reasons not to read this story. It is too long. It brings out dirt from under the carpet. It is about the darkness in our soul. It is about 29 lives who do not matter to you. Continue only if you insist And don’t forget to read the second part too. Click the link at the bottom.

Most of the girls came from villages. They listened to us attentively as they could not afford the luxury of attending a tuition class or filling their spare time with extra reading.

Little kids from their neighbourhood would be waiting at their homes in the evening for their tuition teachers to return from the college. Darkness would descend by the time they reached their homes which are far away from the city. Another life as a teacher began.

I remember the boys growing restless towards the evening. They griped about the evening bell that always struck late. A couple of them worked at the KFC outlet at Pulimoodu. They had already been given the last warning: if they reach late again they must have to look for another job. “3000/- is not small money for me, sir,” a boy told me. Another worked in Big Bazaar and had to report for duty at 4:30. All sales boys. Yet another was part of a catering unit. The rest were tuition teachers like the girls in their class.

They formed our last year’s literature class. And they were waiting for their final results.

“My uncle promised me to take me to ‘Gulf’ once I get my certificate,” beamed Jijo, the chirpiest of the lot. “What is the scope for photography?” Abhijith, the tallest asked around. Akhil wanted me to see his new motor bike. “You asked me why I go for cable tv work. See this, sir,” he said proudly. “I bought this with my own money.” He promised me he would leave this business and study hard for a government job, once he gets the degree. Anoop wanted to leave his catering job and work hard to materialize his dream of getting into the forces. “Perhaps I can win her back with a respectable job,” he said blinking back his tears. I scolded Resmi for being too ‘unambitious’ in life. “You will take any job? You are so bright in literature. You must go for higher studies.” “I am happy that I have reached so far, sir. I need a job now. I have to support my father. Once I get the degree I will begin preparing for PSC exams.”

Well, they will not get their degree certificates.

The University has withheld their dreams alleging that they had mass-copied in the exam. After the hearing, 29 students were debarred. 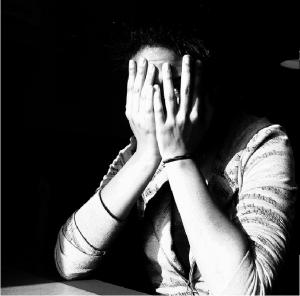 When I heard that over the phone, I suddenly remembered how my students Krishna and Natasha who had a queer policy of never letting anyone get anywhere near their answer sheets in an examination hall. They played possum to the repeated requests from back benches since their childhood, their parents told me. “Yes, they are also debarred,” Nayana, my colleague told me in a hushed tone over the phone. Kavya, who hailed from Vakkom, was expected to be the university topper. “She is also in the list.” Jithi, Sivakami…I heard so many other names I least expected in a list like this.

I don’t know how my daughter behaves in an examination hall, but as a teacher, I know my kids.

When I heard the news, I was shaking with indignation and shame. They have to carry around this stigma, this scarlet mark all through their lives, even if they would be exonerated finally.

For many years the English department of SN College, Chempazhanthy has been in the limelight for all right reasons. It bagged ranks year after year. But it didn’t realize when it was too much for a college in the sidelines to continue hogging the limelight.

It simply ran out of its ground one morning. With the lives of 29 students.

Swapna Gopinath and I worked day and night to get to the heart of this matter. We tried to convince the innocence of our students before various quarters. But everywhere we met obstacles. One day, we got so convinced that the walls we ran into were larger and stronger and had a willful mind behind them, we decided to move away and let the poor parents come into the frame.

We convened a meeting and told them how helpless we were.

All fury broke loose. They abused us for not letting them involve from the beginning. To their irrational minds searching for a wall to pound their heads on, our shoulders came in handy. 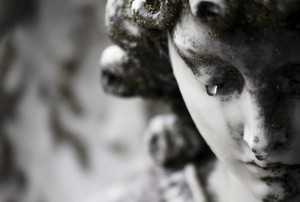 We knew for certain, there was no use even if they came in early. We tried all options. Still we let them vent their anger on us.

Their children, our students broke down in tears pleading their parents not to scold their teachers who had done everything possible to resolve the matter until then. One by one the parents came in and apologized. One told us how he and his wife kept watch over their daughter for the last one week when the girl fell into periods of depression since the withholding of results.

“She will do something, sir,” he broke down the moment I put my hand on his shoulder. He is a coolie.

“Was there any mass copying?” I asked the boys when I got an opportunity. No sir. But I know they could have communicated a bit in whispers when the invigilator was not looking. Perhaps a quick glance over their shoulders on the answer sheets near them. A sudden turning back for the answer to the third objective type question. Or the fourth. Which college can claim they don’t have boys like them? How many of you reading this story is innocent? I don’t justify examination malpractice even in small dosage.

I studied in a big college. I remember how my friend, who is now a famous journalist, stood up in our exam hall and gave a ten minute talk on the futility of formal education, when confronted by an external who showed the cheek to butt into our intellectual discussion. My friend blinded the teacher with his fluent talk made in English and the students merrily continued with the discussion.

In pre-degree, some of my friends used to give the attender twenty five rupees to know in advance what the chemical given to them for identification in exams would be.  Won’t they come under examination malpractice?

I was part of the University examination malpractice prevention squad, a decade back.

At MG College, I still remember how a gang of boys followed us closely, wielding machetes and knives. We didn’t have the courage to frisk a single student for scraps of 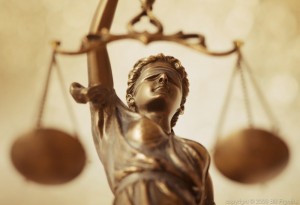 paper. In another college, I saw a paper bit, lying near a girl who wore a short skirt. That was clinching evidence; all I had to do was to tally the script on the scrap with the answer she had written on her paper. The moment I went down to pick it up, she parted her legs wide.

I got the jolt of my life; I jumped to my feet and left the room in a huff, all sweating.

Frustrated at the way big colleges fended us off with different tactics, I remember, how the squad repeatedly raided the examination centres at Chalai school, Attingal Government college and other institutions where the poor studied, until  we saw them all closed.

Did those boys secretly keep scraps of paper inside their pockets? Yes. Were they the only boys in the city who did that? No.

The pretty and the bold get away with anything.

So long as the remnants of colonialism linger in the psyche of our society, the pretty and the bold make and bend rules to their fancy. We are terrified when they part their legs; stupefied when they blow us away with a speech in English. We take our anger elsewhere, perhaps against the darker among us.

Darker. I mean it.

(Why dark? Click here to continue to the second part)

4 Responses to The Criminals who Mass-Copied: Part I