You are here: Home » Road » Armchair Journeys » Siberian chicken and the secret inside the bra

(The writer, as he is not so wealthy to feed his travel bug with exciting trips outside his country, chooses the best way out. In Armchair Journeys he latches himself on to some great writers and their writings to experience the world outside. He bids adieu to his family, sprawls himself on the armchair in his room, flips out a travel book and disappears. Catch him on the act).

Anthony Sattin has eaten chicken from various places – served on a stick at the Satay club in Singapore, around a fire on a starry night in the African savannah, curried in an Indian palace, straight off an Argentinean grill, wrapped in a Shanghai dumpling…

But this beats all.

The writer is on a journey from London to Moscow in the Ost-West Express. At Warsaw he changes to a Polish train, ‘Polonez’.

The train is almost empty as it pulls out of station. But at Wschodnia station(no idea how they pronounce it), the writer sees a large bag pushed up to his window. Two women appear and shout at him in Russian to take care of it. Five more packages follow.

The women get in dragging four more packages, and pretty soon Sattin sees all his sprawling space occupied. “Nothing was mine now.” He has given a toehold to the proverbial camel.

The bubbly women introduce themselves to the writer. They are on their way to their home in Siberia.

Katya is short, dark-haired, plump, with a melon face. Svetla is pretty, fair-haired and big-hipped. “She was obviously proud of her flatter stomach, for she wore a t-shirt that was both too short and too tight.”

Very soon, they settle themselves on the compartment, draped a paper over one of their bags, which will now function as a makeshift table, and unpack a bag, which has roasted chicken.

As Katya and Svetla rip apart the chicken, Sattin holds the talk alive. They run the whole “gauntlet of International conversation: Gorbachev and Putin, Chechnya, children, the goods they are traveling with(‘clothes’ they insisted, which they would sell back home).”

The writer notes that the women get a bit jumpy whenever the train pulls into a station and they see men in uniform inspecting the baggage of people. The inevitable has to happen. When the train reaches Belaurus station, a Polish officer comes, and takes a visibly nervous Svetla to his office.

Now we have to wait. Not because of Svetla’s goods being inspected, but here it is de rigueur for a train to leave the station only after all the compartments are  replaced.

You will be surprised to know the reason.

The Soviet Union, after the world war, became a bit schizophrenic. They saw enemies everywhere. In order to preempt any attack from other parts of Europe through rails, they built wider tracks. So the surprise of an attack will boil off in the long hours the enemies had to spent at this station changing their tires, sorry, compartments.

The writer now has time; he goes to the restaurant to buy chicken and vodka. Imagine that situation in India – a railway station which has beverages outlet!

Next, we see the train shooting through Belaurus piercing the Russian night. There are now more travelers in the compartment. Somebody unpacks a tape recorder and the corridor, opaque with smoke, has turned into a casino.

(My young friends, you can hardly imagine it, that we could smoke freely in trains until a decade ago in India. Many of us enjoyed it, drawing cigarettes, and blowing the smoke against the sturdy wind as we sat on the side seat with coffee cooling off on the window sill).

As the train moves on, Katya now pulls out her magic with more roasted chicken. She, with her greasy hands dismembers the bird, passes around the vodka bottles Sattin has magnanimously contributed to the company.

There are no longer any strangers traveling in the Ost-west express now.

Amidst the convivial atmosphere building inside the compartment, the writer asks the women with curiosity, whether they don’t have any chicken in Siberia.

Svetla sighs: “In Siberia, it is cold, very cold. Our chickens have to stay inside, they don’t get fresh air, they don’t exercise, they are no meaty, they have no fat.”

At the end of the meal, the Siberian women, the writer and other passengers start dancing to the Russo-Balkan dance anthems.

Night. The writer is lulled to deep slumber by the rocking of the train on the Russian track.

But this is not going to be one continuous night of deep slumber. 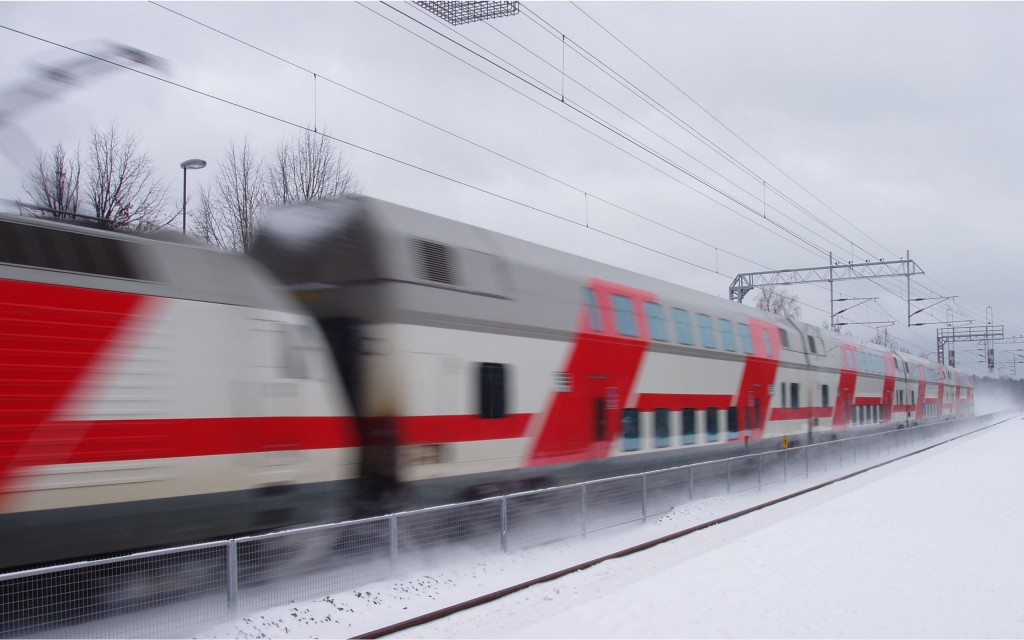 Sattin wakes up to the smell of snow laced with that of roasted chicken. In dim lights, he sees half-asleep, the sweet slender Svetla, sitting upright on her berth, digging her hands inside the cavity of the chicken to ferret out something. She pulls it out, wipes it quickly with her fingers and uses them to pad out her bra.

Next morning. Sattin says goodbye to the women as they reach Moscow. Sattin’s journey is over, but the women have still a long way to go. To their homeland, Siberia.

Sattin wonders, as he turns and walks. What little secrets do Katya and Swetla hold close to their heart? Right inside their bra.

Travels sometimes pitch you deep inside the lives of people we hardly know, but yank us back before we make out what we see. But at the end it is such crumbs of life we glean from others’ lives, which make journeys magical.

Manu has written 297 stories in Rum, Road & Ravings. You can read all posts by Manu here.
by Manu |
8 Comments |
Armchair Journeys, Featured

8 Responses to Siberian chicken and the secret inside the bra