You are here: Home » Featured » Rum, Road and Ravings Turns One

Rum, Road and Ravings Turns One

Barack Obama doesn’t know what Rum, Road, Ravings is. Nor does Arundhathi Roy. In one year RRR hasn’t grown into a phenomenon, it never is destined to become one. But readers from more than one thousand towns in the world have made a touch-and-go, says Google analytics. The time they have spent in this site has always warmed the cockles of this writer’s heart. There is always a reader out there, to listen to my mad ravings. Isn’t that a reason to call for wine for a humble site like this?

Here’s what my friends have to say:

Anees Salim hit the literary world with his hugely popular debut novel, ‘The Vicks Mango Tree.’ He has always been a source of inspiration for me for his evocative 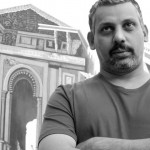 language and stunning portrayal of characters and places in fiction. He is the only celebrity writer I have ever been in touch with. He is the only star who has a home down here on the earth where people like me live. He writes:

My wishes for for Rum, Road and Ravings.

A witty, well-informed one-year old. That’s what Rum, Road and Ravings is for me. Rather than just saying a Happy Birthday, I sincerely hope it turns into book format before we celebrate its 2nd birthday. Manu, all the very best to you and your one-year old. 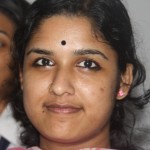 Cris and I joined hands as writers of yentha.com years back striking off a great friendship we both value a lot. A reporter with the Deccan Chronicle now, Cris is a ticking dynamite with the kind of energy she possesses. She is one of those rare and perfect marriages of a journalist to a philanthropist. She writes to RRR:

He has a regular job, a regular family and all the regular responsibilities of a grown up man. But knowing Manu, he’d somehow sneak out hours from the busiest of lives to do what he loves best: drink, travel and write. Which is what became Rum Road Ravings a year ago. I feel very proud to see how beautifully and passionately one of my favorite writers has taken this project forward. Live long RRR , longer than any of us.

Aswathy Rajani worked as the one and only editor of RRR even when she was with the Times of India. I needed a second pair of eyes to browse through my stories to flag those weak parts in my stories, to weed out those typos I inadvertently made in my stories. Today, as I toil all alone, I understand how hard the job was.  She never complained. Representing the spirits and love of all my students, Aswathy has always been determined to see her teacher stay happy. Today, when you read this I would be in Kollam attending her wedding.

I still remember going through the first draft of ‘In the beginning there was grape, then the yeast…’  all wide eyed. It was beautiful.  Right then I knew it—RRR was destined to be phenomenal.

Having had the fortune to be RRR’s on-and-mostly-off editor, I can tell you Manu (sir) is any editor’s dream. His sentences are chiseled, punctuated with carefully chosen diction. While most writers maintain a rigid style and have troubling breaking it off, Manu with his sleight of hands juggles his style of writing. It’s like his hands are inflicte 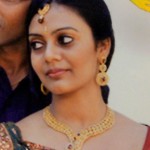 d with multiple personality disorder. Finally, he is an authentic writer. If he tells you that Hitler’s favourite color was pink, it’s probably true because Manu does his research before a feature.

RRR is the Disney Land of online blogging/journals/infotainment. It gives you a taste of a bit of everything. It would be redundant to say more on the matter when you can have the real deal on the following pages.

A small tip to the blooming writers out there. The man has a selfless spirit when it comes to imparting knowledge in his fields of expertise. Exploit that.

Season 1 of RRR heralds a promising season 2. Looking forward to more thrills and chills in the upcoming year. Kudos to you for spilling blood and sweat into this fun site. 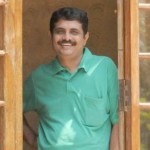 Chithrasenan NE. I have always been grateful to Chithranji of Modern Books for getting me equipped with the right works at the right moments. Talks with him always give me a bearing on what the readers look out for these days. My dream is to receive a copy of my first book from his hand.

This is a Place Were People like me (non drinkers) Get Intoxicated with the words and Knowledge. All the Best in its first Birthday. Hope that by Next Birthday I too will be good drunkard. All in a positive manner.

George Adimathra is a journalist settled in London. He was with the Times of India and the Deccan Chronicle.

In one year RRR have carved a niche of their own. With ravings that capture the imagination of readers, you have provided a different literary experience. Congrats for completing on year and continue being fresh, for years to come.

Kudos Manu! All the best wishes for your achievement! It’s nice to hear the things would become a collage with rum and “on the road” destinations! lets celebrate! cheers

11 Responses to Rum, Road and Ravings Turns One