You are here: Home » Featured » Poetry in a Night Train: Part 2

Poetry in a Night Train: Part 2

The second part of the story – Poetry in a Night Train

“A blank ivory square of brightness”. I didn’t know emptiness is more expressive in light than it is in darkness until I began to travel with a poetry book. Especially on trains at nights.

Or else why should yellow lights and lanterns scald my soul so deep in a journey! Tell me, dear reader. Do you too feel depressed in a night train at the sight of a tiny bulb burning in a distant and solitary home on a mountainside? My sleep-deprived eyes turn misty at a lantern waving in the darkness as the train judders past an almost deserted railway station at night. Lights in darkness are like mosquitoes, the tinier they are, the more painful and unsettling they want themselves to be. They hum in deep baritone foreboding unchartered stations on the way, where the traveler has to get off, leaving all he has garnered from different places behind.

Ted Kooser picks a few spots of brightness from the darkness as the freight train rolls away:

At the end of a freight train rolling away,
A hand swinging a lantern.
The only lights left behind in the town
Are a bulb burning cold in the jail,
And high in one house,
A five-battery flashlight
Pulling an old woman downstairs to the toilet
Among the red eyes of her cats. 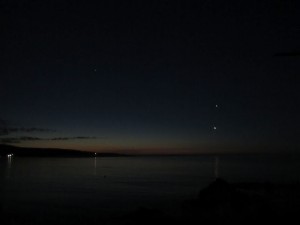 A few lights – a swinging lantern, a bulb burning cold in a jail, a five-battery flashlight pulling a woman downstairs and the red light reflecting from the eyes of cats – have evoked a long pathetic story of misery or old age in you. Now tell me. Have you ever been woken up at midnight when your train pulls into a no man’s land? You peer out through the misty glass to see where you are. An ethereal world. “Night, two o’ clock: moonlight. The train has stopped in the middle of the plain. Distant bright points of a town,” begins a poem by Tomas Transtromer, the Nobel Laureate.

Night, two o’ clock: moonlight. The train has stopped
In the middle of the plain. Distant bright points of a town
Twinkle cold on the horizon

As when someone has gone into a dream so far
That he will never remember he was there
When he comes back to his room.

As when someone goes into a sickness so deep
That all his former days become twinkling points, a swarm,
Cold and feeble on the horizon.

Wake up in time to get to this place, Transtromer envisions, in your next night journey. The train has stopped in the middle of nowhere, perhaps for a crossing, perhaps to shed the time it has gained as it sped mindlessly through the depressing rails, perhaps to catch its breath before the next sprint. Understand, so many things happen around you when you sleep.

Now. The train stops. In the middle of a plain. 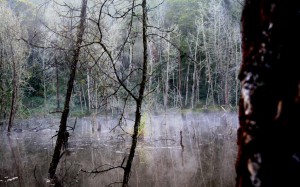 Now. The train stops. In the middle of a plain.

Look around and pick everything you see in this plain, because when the train leaves you are going to leave everything you have greedily collected in your pockets and gunny bags behind. Perhaps the most important things we learned in our life had slipped our mind thus. Along with pure love and Gods.

3 Responses to Poetry in a Night Train: Part 2