You are here: Home » Featured » Personal Essay: The Wages of Fear

Personal Essay: The Wages of Fear 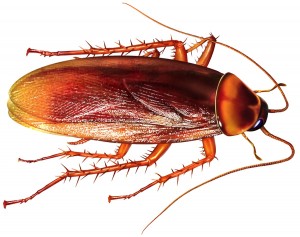 Few friends know that I suffer from katsaridaphobia, fear of cockroach. It doesn’t kill in the traditional sense but it leaves you psychologically maimed and pathetic when confronted by the enemy. Yes, I’m talking about that disgusting thing you can see in the picture.

Many of you know that a cockroach would be the only creature that might emerge out of a nuclear winter unscathed. Studies say.

But that is not the reason for this panic, this paralyzing fear which has germinated in me at childhood and rears its ugly head up whenever my ears pick the whirring of chocolate brown diaphanous wings coming my way. (Can I choose a bullet instead, sir?)

I fear the sophistication of a roach, the suppleness of its mind and body, its 24*7 readiness.

I also fear its muffled thud after a cockroach quickly takes its mind off its target at the last moment and plonks itself bluntly on the wall, assertively, with the long spiked antennae now swinging wildly to pick the lost trail of my warm blood it could be after; its hairy legs now press down for the final leap into the air to connect.

A cockroach is quick response and agility in insect form, the best in the animal world. With a hyper-sensitive nerve that runs down from its head to tail it cannot be negotiated or approached from any angle. And more. In mid-flight only a cockroach can reschedule its flight, and careen into more than a dozen unimaginable detours.

There is something omnipresent about a cockroach. Like a theoretical electron  a single insect can be seen in many places at the same time because of its pace,  maneuvering and acrobatics on air. By the sheer beating of its wings it opens and closes new paths all along its crazy routes.

The moment I see two antennas thrusting out of a drain-hole in a washbasin in a hotel and swinging wildly to pick up my warmth I desperately want to get home, to slip under 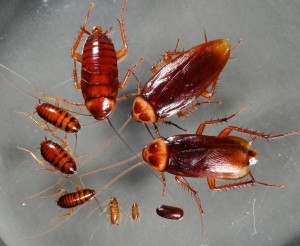 my woolen sheet with my wife and daughter outside watching over me.

And they say there are 5000 different species like that in our world to make my nights distressful. The largest grows into six inches in the Amazon. How terrifying the voice of its flight would be, how mortifying the sudden twists and turns of such a gigantic roach in the air could be, before the final twist on the air and then the leap on to me!

Whenever I see a roach in my bedroom I become concentration in human form, never daring to let my eyes off the crawling creature, following it through the rug, creeping up along the shaded folds of the curtain, sliding down through the damp walls, crawling the floor closely behind it, slipping into tiny crevices, emerging out behind them hot on trail, like fawning fans, devotees, because I know that a letting go is immediately followed by a gigantic arrival on my body.

Every sense on my body will be up on their limbs tiptoeing after the little thing without breathing, but with high-bp apprehension. Even while sitting with my family I would suddenly leave my part of conversation on cruise mode and follow a cockroach in its journey across the room.

How can you can sleep in a room where you have suddenly spotted a cockroach, and suddenly it has slipped out of your radar? I cannot. Until I have not found it dead as pulp under the slippers of my daughter, I’ll not even make a wink.

A live cockroach grows in darkness feeding on fear until they get to the size of the room. I want my wife husband me for one more time by killing it with the slippers of my daughter, and showing it to me as a proof or a trophy. And I warn her while standing on top of the table that there should be no mistake because  a wounded cockroach is more ferocious than a wounded tiger. It grows quickly to the size of my house during nights feeding on my imagination.

The worst nightmare I ever had is that of a wounded cockroach, huge and dark bearing down on me from afar on the back of its girl-friend, which is also huge and dark. They come in a package of contradictions – I see them copulating and attacking me at the same time. There is pleasure and revenge, love and disgust, creation and destruction. Oh, how I tremble!

At nights roaches turn into pure lechers. They come out off the drain-holes, book shelves, kitchen spaces and look out for slow food and quick sex. 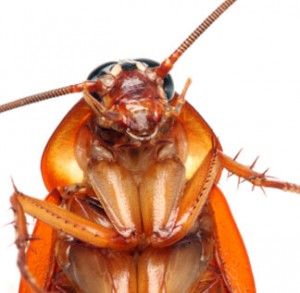 You may put their records straight by painting them as scavengers bent on cleaning my kitchen and insist that I should start appreciating them as harmless insects. Since when have you begun to count roaches as insects, I wonder. Roaches, though are biologically insects, are more in a legion with rogue elephants, man-eating tigers, killer sharks, and mad dogs; they must be shot down like enemy planes. I’ve my daughter’s slippers, my anti-aircraft missiles.

And I’ll use a mop for cleaning my kitchen.

Cockroaches spring into wild passions during nights as if the whole world is on fire, but I know that such fire which burns at night burns only in their loins. Exuding pheromones and flitting about madly a roach becomes a single intense emotion of sex. Just like the hero of Philip Roth’s novel ‘The Dying Animal’, it also seems to exude the advice: Don’t get involved, but if you want to f***, just f***.

Alas! All such ambition gets blighted before the night ends.

In the morning I see one– a spent force, like a bottle left in the open after a deepawali night, empty save for a faint curl of smoke in it – crawling  so vacantly, so slowly as if it is painfully trying to scribble a note of apology on the floor, moving without even a trace of all that elasticity and arrogance it exhibited during the boisterous night before, with its wings now tightly wrapped about its exoskeleton in utter shame.  It crawls dragging a wounded pride and a couple of their hairy legs and returns to its damp, dark home, where it would remain for a long time licking its wounds of an ecstatic night it has left behind.

But before this sinking into oblivion a male cockroach could’ve successfully dusted all its haughtiness within the ducts of a prolific she-cockroach, which now gets ready to deliver a whole colony of babies.

In a single year one mother can produce 150 baby roaches. And one night of revelry is enough for a female cockroach to produce off springs throughout its life. One mating is enough for a lifetime full of pregnancy. Simply why you can never find a final solution for these crawling creeps.

Not even with the nukes. I’ve just my daughter’s slippers.

NB: A few students who learned about my fear of roaches told me they would give them as a birthday present. I warned them that linguists would then have to find a new word to call a teacher who kills his students.

Statutory warning: They also haven’t yet found a word for a writer who goes after his readers with a hatchet.

3 Responses to Personal Essay: The Wages of Fear