You are here: Home » Featured » Personal Essay: Night of the Living Dead

“Manu.”
“Yes.”
“You must write about alcohol in your site with caution. Your father died of it.”
“What!”
“He used to drink a lot, didn’t he?”
“No.”
“No? But everyone knows that.”
“Who is this everyone? Couldn’t be his friends because he had none. The only other person who knows him better than me is my mother. Did she tell you?” 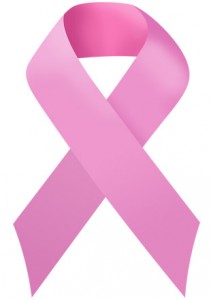 My colleague shook his head, as if his friend was so stupid to understand what exactly caused his father’s early demise. Even if I’d brought the doctor who detected the first streaks of cancer in my father’s lungs, my colleague would still continue to shake his head in disbelief.

Doctors could be wrong, but never those men who painfully pieced together my father’s life into a meaningful story so that people like him could understand.

What a perfect finale for the plot they had chiseled out from the inchoate life of a poet they hardly understood!

My father’s biography was constructed parallel to his living, without his helping, without him. But more meticulously. More perfectly. Smudging out all the rough edges. Snipping out all the loose ends. Even those broken pieces that he so innocuously left behind were swept under the carpet at the last minute for a fine picture.

At the end there was hardly any space for the man we knew, my father, her husband. He was exorcised from his own life, his flesh, blood, breath, joys, thoughts and soul were given marching orders at some point to be replaced with a stranger, his family could hardly recognize.

You only need to be famous to get dismissed from your own life, I learned.

Poor man. My father drank rarely. A poet all his life, he lived like a hermit without a society. I never saw him ‘drunk’. 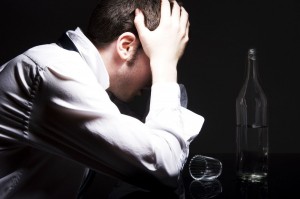 (But I must tell you all. When I got settled, he used to give me 200 rupees every month to get a couple of beer for us. I still cherish those moments when we discussed literature and life on Kingfisher beer {I never told him that with 200 bucks, one could get three beers and my father never asked where the third bottle disappeared}).

That was all he drank. One beer a month, and an occasional couple of pegs. But now I must believe he drank himself to death.

My friends, you may wonder why this resistance. The moment I take it, the next thing that they ram down my throat is the age-old tale that the old woman in my home is no more my mother, my amma!

Let me tell you my long story short.

Kilimanoor Remakanthan, my father was one of the few elegiac poets in Malayalam. Yes, he had expressed many other moods too in his poetry but they were destined to slip through those little chinks in his readers’ minds and disappear. His readers were keen to lick into his private tragedies which smoldered, leaving little brown rings on their minds. So whenever they were cloyed with laughter they turned to him for a welcome cry.

When he waxed lyrically on roses, lilies, love, women, sunrise, gods, greenery and sex, his readers were either watching tv or busy with their family. When he sung about his tragic life they cocked their ears and held their breath with wet eyes.

They did everything to keep the bird caged and wounded, singing those plaintive ditties forever. 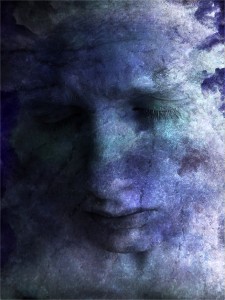 What do you feel like being the son of a poet, Manu? My girl friend asked me long back. I smiled. I thought about the day I presented my first poem in a poet’s meet at Trivandrum hotel.  At the end of the session an old man came near me, put his callous hand on my shoulder and led me off to another room.

“Mone, you are a good writer. But I am sad that you don’t have a mother, my child.” he wiped his eyes. “Uncle,” I said, “You might’ve made a mistake. My mother is right at home,” I was smiling. “Oh!” his face fell, “Remakantan married again? Well, then you’ve got a stepmother at home.”

At home that night I blew a fuse at my amma for not revealing the truth. But she was calm and showed me the time-scarred birth certificates of my brother and me. “I knew you would someday come and ask me this.” I looked at her. “Yes. Your father married another woman before me. But she died six months after their marriage due to typhoid. You are my children.”

That struck my father hard. Readers saw the frozen tears of Remakanthan in one of the finest elegies written in Malayalam – Janichilla on his first wife. They got a taste of his pain and soon grew a liking for it.

But after three years, when his sorrow finally ebbed, he married again, this time my mother. They soon had two children, my brother and me.

The world must wait patiently for another 15 years now.

It was on a February evening that my brother committed suicide falling out with his teacher. “Poor Remakantan sir,” the world sprang up from its slumber and wept, “Such a good man. The stepmother could have tortured his son to death.” No boy could quarrel with a teacher and court death, they reasoned, it could only be a stepmother. 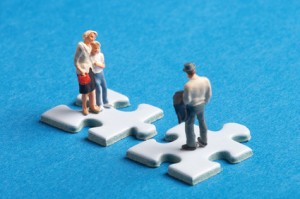 They ripped us off our wombs. And insisted that my mother must play the role of a stepmother to her own children to regale them in that tragic story of a poet they used to tell themselves.

Wherever I went those days people beckoned me by their side: “Mone, did your mother beat you and your brother?” The 10-year old child in me consistently played himself into the games adults play: “Yes aunty, if we didn’t study well, she used to beat us.” They sighed, stroked my head lovingly with wet eyes; a few embraced me and wept bitterly.

I didn’t know I was digging a grave to bury alive my mother. But I remember I loved such care and sympathy from strangers for a while. Without knowing my role.

To them, my father was one of the gentlest human beings they met – compassionate, soft-spoken, a man of few words. True. But what about my mother? I couldn’t understand why the first step of building Socrateses in the world is to construct tetchy Xanthippes in the background. Wives are good foils against which great men are tested and appreciated. What is in a Gandhiji if his wife wouldn’t refuse to clean the toilets of strangers who frequented his house(not home)!

Let such women be turned out in the dark, and let the hog-lights fall on men.

So wherever I went, fantastic stories about my birth, and also those sympathetic eyes followed . Oh, poor boy, he had no mother. Oh, son of a great father and a pitiless stepmother! Both mother and I withdrew into ourselves; poetry withered on me, untended, unwatered; I talked to fewer and fewer people.

But however hard the society tried to squeeze itself in between me and my mother who gave me birth, I loved her more. I saw how painfully she motivated my father whenever he wandered through those bald patches of creativity, health and moods. The poet many of you know would not have happened had it not been for sufferings my mother went through. She suffered under the soil and helped my father throw his inflorescence around.

Only a few of us knew. But we were not asked when they talked about him. 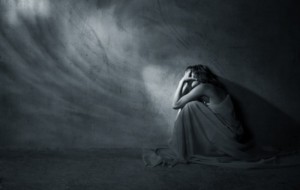 They knew liver was the perfect platform on which alcohol and the tragic life of a poet who suffered his second wife could be perfectly poised for a grand climax. Lungs are poor finish, lungs lack punch; lungs must be rolled tightly into a ball and tossed inside the closet like dirty linen for a good plot’s sake.

And they settled for my father’s liver for the final feast.

My students often ask me whom I love the most – father or mother. I used to say: my father. Because that is what my mother always wishes me to say, just like every other mother. And my mother’s wish is what I care the most in life (And I write this piece for my loving father).

Even after reading this story, a few of them may still want her to produce that umbilical cord (rather than those moth eaten certificates she still keeps for the day my daughter would confront her) she should have kept to prove her motherhood.

I can only tell them:

2 Responses to Personal Essay: Night of the Living Dead