You are here: Home » Featured » One Hundred Years of Hibernation

One Hundred Years of Hibernation 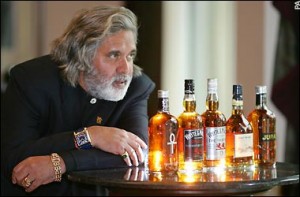 He could’ve bungled in Kingfisher airlines. But when Vijay Mallya sent his private jet to New Zealand to bring three bottles of whiskey to the distillery of Whyte and Mackay in Scotland which he owns, few in the industry raised their eyebrows questioning his sanity.

He knew the potential of the spirit waiting for him.

Once the bottles reached Scotland he asked the master blender, Peterson to sit over the drink, analyze it in detail, to unlock the mysteries behind the drink.

One hundred and three years earlier.

A famous explorer Ernest Shakleton made an ill-fated expedition to the South Pole. He was hopeful and was in high spirits. When he took five cases of Macklinlay’s Rare Old Highland Malt he did not anticipate that the weather in Antarctica would turn tough and they would have to make a hasty retreat back home.

The sea began to freeze after some days; they had to abandon their camp along with their provisions. 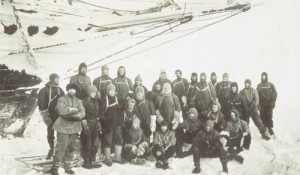 A century went by. In 2007, The New Zealand Antarctic heritage Trust engaged in the exploration and restoration of artifacts from the South Pole stumbled upon a treasure.

They were exploring the camp of Shakleton. When they pried open the floor of the camp set up by the explorer they saw three cases of frozen whiskey buried under the ice.

They knew the value of their find.

When the conservators sat down to pore over the contents, the packaging and the bottles, the global spotlight had already focused on them. 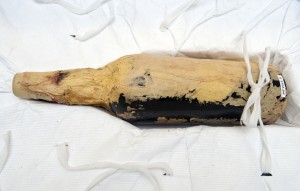 It was then that Whyte & Mackay which owns Mackinlay, leapt at this incredible opportunity. They set their heart in recreating the antique charm. Its billionaire owner, Vijay Mallya knew how antiquity would translate into money.

Talks soon led to action. But there was a final hitch.

The Antarctic Trust wouldn’t let the bottles slip of New Zealand in a regular aircraft, unaccompanied. Mallya took his private jet, collected the bottles and flew them back to Scotland, where his distillery is.

It was time for Richard Peterson, the master distiller at Whyte & Mackay, to enter the scene. The legendary nose, tasted the drink; he was satisfied with the light taste of the whiskey, in spite of its age. ‘A gift from Heavens for Whiskey lovers,’ he said.

What Mallya wanted from Peterson was to replicate the original Mackinlay spirit that slept under the ice in Antarctica for a century. 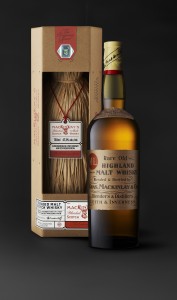 Whyte & Mackay, blends spirits from Speyside, the Island, and the Highlands to recreate the whisky down to the last detail. They even ladled the rare 1983 Glen Mhor to the final blend to replicate the original taste.

With a generous strength of 47.3% the new spirit sends down the mouth, the same warmth people had savoured a century ago.

When you buy a bottle of Mackinlay’s Shackleton Rare Old Highland Malt, Whyte and Mackey contributes five pounds from the money they get to the Antarctic Heritage Trust to help them continue with their noble work.

Rum has written 4 stories in Rum, Road & Ravings. You can read all posts by Rum here.
by Rum |
Leave a comment |
Featured, The Big Shots