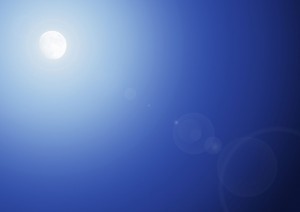 Dhanalakshmi takes us back to the moonlit nights of her childhood in the streets of East Car street in Sivakasi and opens our eyes to the phases of life we have never experienced.

Many believe it has a sway over the life on earth. There are myths that the moon has an effect over the immune system and hormones of humans. In India, ancient sages advised people to shirk all commitments and free themselves on full moon days.

Legend has it that Buddha got enlightened on a full moon day.

I didn’t care to learn about any of this until the thought of writing about Nilachoru, moonlit dinner, struck me. I’m sure even those people who practiced the Nilachoru ritual in the East Car street in Sivakasi, where I used to live, might not have known this.

To rise before sunrise, to draw kolam morning and evening , to stand in queue for water beside the corporation pipe where they fought for an extra pot of water in groups, to cook and to leave for work in factories and schools nearby. In evenings, people sat glued in front of soap operas in one of the houses in the street that had TV.

But once every month they gathered for the Nilachoru.

It would be a night on a full moon day. How pleasant it felt to gaze the heavens from a balcony! A painted moon on a painted sky. This thought occurs to me 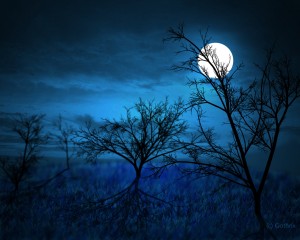 whenever I see the silver moon— that a seven year old boy has hastily dipped the painting brush in water before going for the white leaving some sort of grey in the middle. But still it stands perfect over a black background chart neatly stretched and clipped at the corners.

Ever thought about having a dinner in the moonlight? Without the support of Edison’s invention, with just the light from the moon…to sit down for dinner with your family , friends, neighbours, their guests…and any passersby?

Nilachoru is one such fiesta where everyone in my street ,over 70 men ,women and children dine benath the silver sheen of the moon. Yes, a real fiesta!

The houses in the East Car street had not more than three rooms which included kitchen and toilet. We didn’t  have a garden, backyard or car porch. Just three rooms!

Where did we get so much space for the feast?

Each house had three door steps to reach out to the road and the fourth step would possibly be the street. 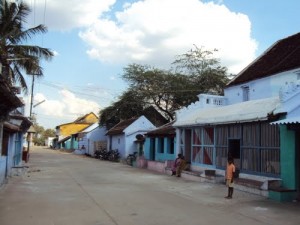 Our dining hall for the fiesta was the concrete floor between houses which hardly had the space required for three children to walk with hand in hand. Lack of space didn’t stop them from dining for Nilachoru every full moon day.

We didn’t make any special recipe for the day. Just typical Tamil cuisine like Paruuppu kuzhambu ( dal curry) or paal choru ( rice with milk). To complement the main dish, we had pappad or pickle or any regular side dish prepared for the day.

As children it was our duty to wash the floor of our makeshift dining hall—the street! But we enjoyed a great deal.

Once all the bowls, pots, plates and tumblers from every house was collected and neatly arranged on the verandah of each house, we children were asked to sit in a line.

Our grandmothers would serve the dinner laced with stories about the moon, about gods and also their childhood days. We listened enchanted while we ate. Mostly those nights had power cuts which helped; the moon looked magical. Even while we had power supply we ignored it. Moonlight sufficed.

Rice, Curry, pickles, & side dishes passed from hands to hands. That was a day when homeworks were finished much earlier than other school days without the usual scoldings and punishments.

I remember one of my friends who was my neighbour too, wrote my English assignment after finishing hers. Funny thing was she went to a tamil medium school. That was the kind of spell Nilachoru cast on us! She couldn’t read what she wrote but she wrote.

That was a night when all small and big fights between children, between parents and between houses were solved. 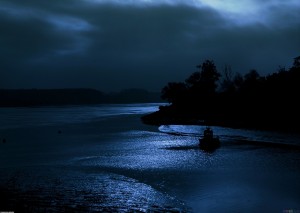 A night spent hearing stories, jokes , news, gossips all under the moon.

A dinner with no special recipe yet, no such dinner I have had in my life till day.

What made those dinners so special?

I think it was a result of two important ingredients essential for any fiesta. Love & Kindness.