You are here: Home » Featured » Never trust a fan especially if he’s your bedridden uncle

Never trust a fan especially if he’s your bedridden uncle

“You do a great job, mole. These days, I cannot think of going to bed without checking what you have posted in your facebook,” uncle’s eyes welled up. So were Divya’s. “I do it out every half an hour. You’re irresistible with your posts. How do you find time for all this!”

My uncle was too weak lying on his bed, his words were barely audible, only his spirits were high. “You…” he could not complete it, the poor old man was suddenly overpowered with so much admiration that he began to cough. Divya, so kind a lady she is, tried to prop him up with her arm so that the broken part of that statement he was beginning to make could find its way out of his windpipe with ease. 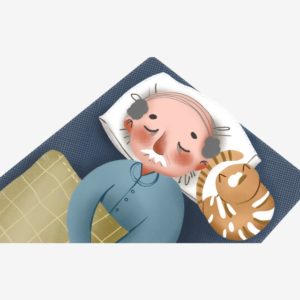 I checked Divya’s face. Devil. She was beaming, part proudly, part incredulously. What did she post in her timeline so as to make my uncle proud, I racked my mind in vain. The 90-year old, now past his serial cough, was smiling again from cheek to cheek, gums bared, flashing at my wife; another inch of the grin, I feared, the edges could bound right off his face; at this age, he could even die from it!

“Oh, you.” Suddenly he caught me standing behind Divya. I got bashful, modestly bashful. Well, if this is the kind of treatment that my wife gets after sharing those rubbish recipes on her timeline, what could be in store for me! I asked myself in excitement. I closed my eyes, already shuddering from the sudden hug I would soon be getting from him. Minutes ticked by. Nothing happened. Nobody embraced none in the room. The air was heavy with general detachment. Finally when I opened my eyes, what did I see? I was just on time to catch the old man’s face recover from some scowl.

“What are you doing now?”
“Uncle,” I pushed Divya aside (after all he is my uncle, not hers), taking a step forward, now bending down to take his wrinkly hand in mine.
“Uncle, I am ‘that’ Manu! ” I prompted, deftly helping him to connect my face to those hundreds of bylines his Uncle-eyes could have fallen on and caressed proudly by then.
“That’s not what I asked. What are you doing these days without teaching! Always posting rubbish!”

Oh-oh. I threw his hand along with the wrinkles back at the source and straightened. I must see Deepu. 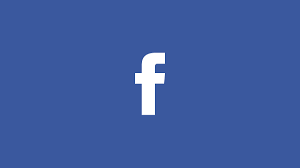 Where is Deepu! I asked someone behind me.

Meanwhile, the nanogenarian uncle once again called my wife to his side and raised his weak, husky voice.

“You must post more things like this. Old men like me, you know, we live counting our days… we draw a lot of life and positivity from your posts…” He stopped, now panting, slowly recovering from that laborious statement he’d made.

My wife nodded politely, smiling, her last post in her facebook timeline being a recipe on vendakka kondattam. Not original. Shared. Copied. Without permission. Shameless.

Where is Deepu! My eyes searched around frantically.

It was yesterday morning that Deepu called me to say that his father, bedridden, had lately taken himself into the world of facebook and is currently keen on reading and watching whatever I post on my timeline “He loves your Cup of Kavitha and humour. Humour especially. He laughed all night yesterday reading one. This morning he asked me whether you’d come and meet him before he leaves this world. He wants to share the joy he feels while reading you. “Sounds like his last wish, Manu, ” he choked over the phone. “That is why I insist you should come.” 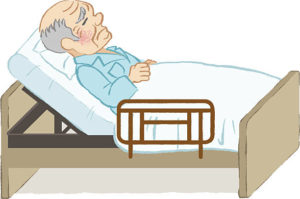 “Well,” I asked him to hold on for a while so I could check the calendar. Want to see if I could squeeze in a visit to uncle anytime soon, then I answered yes gathering all the seriousness one could muster in a morning. I disconnected the call, stared at the blank page of August for a while.

“What happened!!” Asked my wife. Soon Ammu threw away the book she was reading and was standing on our bed, shocked, bewildered.

The whole family were scared. They never saw such wild dancing and screaming at home.

“See! You morons! Finally! I got a fan! A fan, you heard that? A diehard fan (I have always dreamt of women fawning over my writing, but with a wife and daughter like them perambulating 24/7 on the territory of my writing, none came my way. Perhaps, I thought, a ninety-year old man could be the perfect start for a future fandom, the kind I secretly hunker after. If winter comes can women be…what was the line!) He loves my writing! He loves my vlog! He loves my humour!!!”

“Who could!”
“What!!!” I stopped prancing, raising my voice.
”I mean who!” Ammu quickly edited herself stealing out of my way.
“My uncle! He is a scholar, you know! Now hear what Deepu told me. Uncle is scared that he’d die before ever meeting me! He’s on his death bed. This is his last wish. He said, he’d die if I don’t call on him soon.”
“Why should he ever want to meet you for your writing! Has he gone out of his mind?” Divya asked.
“Humour! Uncle loves my humour! You people never laugh reading it! He laughs! You know why? He is a scholar, an intellectual! Only he understands it. Now he is dying to meet me!!!” Did I just catch Divya chuckling! I vent my anger. “This is not the kind of crap you share in your timeline, Divya. Recipes! Your vendakka kondattams!!! This is HUMOUR! Pure, unadulterated humour. Fresh. Original. Straight off the brain. Deepu says his father couldn’t control his laughter reading my stories on many nights.”

Well, I made that ‘many’ up but you know, you need to be continually improvising your stuff living in such an indifferent home where humour, whenever it dares to show its timid head, is pulled out by its nape only to be beaten black and blue until it agrees to become flat or dead serious.

Ammu put her hand on my shoulder. “Cool acha, cool.”
“But what did he say! What did I post!!! Uncle told me that I post rub…” I was at a loss for syllables.
“Rubbish.”
“Yes. that is it. But when!!!” I blinked.
“Hmm… I think he made a mess of your facebook timelines,” she reasoned in whisper. “It is because of his age.”
“So!”
“It’s not proper to correct him. He’s too weak for corrections. His heart might fail.”
In a peripheral vision I caught somebody nodding to what Ammu said. I turned around to catch Deepu. “Yeah, he’s lost his mind,” the bloody son of eh… this uncle chimed in.
“So!”
“He thinks it is Divya who is writing it. Humour.”
“My humour!!!”
Silence.
“What about my Cup of Kavitha?”
Deepu sighed.
“So what am I posting?”
There was silence.
I turned around only to see bowls and bowls of vendakka kondattam in their sympathetic eyes. Recipes. Not original. Shared. Copied. Without permission. Shameless.
No.
“Yes uncle, I am so glad that I could make you happy with my posts,” Divya said, helping my uncle back to bed.