You are here: Home » Featured » Letters from Niagara

RRR feels a lot happy when it get letters from distant lands, from people who hardly know the writer outside the website. They’re the true friends to RRR. Theirs is the voice of RRR’s readers from abroad. Here are a couple of letters from Ontario, Canada, where the Niagara falls is situated, laced with care and concern: 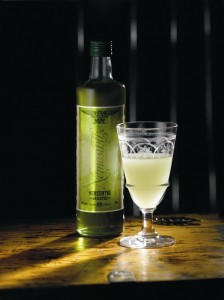 I went stark raving mad  after reading a few posts of RRR. It predisposes readers in their favour. If they’re tipplers with an interest in back-packing, it couldn’t have meant more, had it been a pot of gold! It’s not a run do nor a thing to be bugged out. Recently, when I came across a green drink in a Malayalam film, my second self told me, ”Hey, this is Manu’s Absinthe!” My eyes went around the bottle searching for the Green Muse, the trusted guide en-route only visible to the inebriates.

I do not read RRR in order due to time constraints. But I make it a point to go through the missed ones when I’m out of ball-breakers. The Thengappura Tales, The Murugan- Vijayan Chettan- Conclave, The Chittur Sojourn…. all are there in my deep.

Here, a bleak  visage of winter, in Canada. Good time to keep abreast of the missed Ravings. Thanks to a friend who, still remains unrevealed to Manu, recommended me to RRR. (But, I’m sure he must have guessed it out by this time!) To live up to an illustrious father, what else Manu could do rather than bridging it over to the other side?

Best wishes from the windy shore of the Ontario Lake. 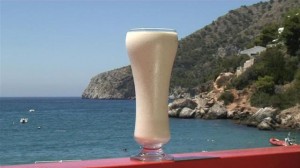 Manu, I recently visited the Carribean islands and all along the trip from San Juan (where Bacardi is produced) to Barbados, the common denominator in all ports of call was the one most popular drink rum. Just different genres, types and flavours of it. Even large empty bottles with local spice chippings are sold for pouring rum into it and flavouring the rum before serving. My wife bought a chilled-ice milky drink thinking it was ice cream, but realised it was the famous ‘Bushwacker’ cocktail of St. Thomas Is. laced with rum.

I couldn’t help being reminded of the blog and author Manu Rum-akant!