Today we are on our way to meet the most potent alcohols in the world, the most dangerous ones in terms of ‘kicks’ they deliver. Know them only from a distance. 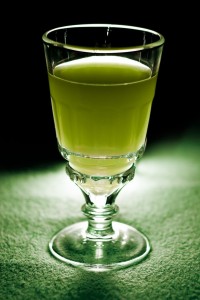 Known as the Green fairie, Absinthe was banned in many countries once because of its alleged hallucinogenic properties. A favourite of writers, artists and musicians the drink has a cult following all the time. The anise-flavoured drink is made from the flowers and leaves of wormwood. Try the colourless drink without water, your drink pipe will scorch. What should you do to take away the bite? Add a cube of sugar.

Born In Switzerland it soon caught the minds of creative artists in France and other countries like wild fire. Ernest Hemingway, Charles Baudelaire, Paul Verlaine, Rimbaud, Van Gogh and Oscar Wilde were some of the celebrities who were fans of this drink. It has an alcohol content of more than 70% (normally 45 – 55%). (For the last many years this writer has been begging around among his friends to gift him with a birthday present of a bottle of Absinthe. So if you want to strike a friendship with this writer please make a note – my birthday falls on 16 December). 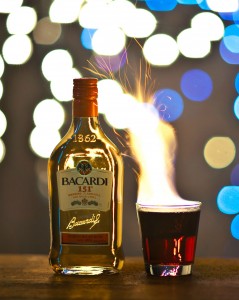 This is an overproof Rum. It will burn your fingers. Literally. Yes, there are lawsuits galore against the company for alleged burns. Still you can’t blame outright, as the customers are forewarned that the drink is flammable. In fact some use 151 as a fuel to start camp fires. You spill a few drops on the logs and bring a matchbox near to it…BOOM! Imagine what it does to your system then. So dilute it with plenty of water.

With 75% alcohol content 151 is equipped with a flame arrester as cap. It can be tempered by using it as an ingredient to cocktails. 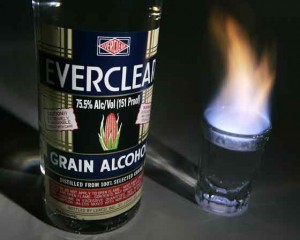 This grain alcohol will be a torchlight procession down your mouth. Its strength can go upto an unbelievable 95%. Banned in many states in the US, you won’t be able to touch any legally made liquor stronger than this. It is flavourless and odourless like elite vodka, so the murder is painless.

Because of such strength it has become a fad among college students to go through the Everclear ritual to bolster their macho image. The safest way you can down this fire water is to tone it down with plenty of juices or to use it with other milder alcohols.

Manu has written 297 stories in Rum, Road & Ravings. You can read all posts by Manu here.
by Manu |
2 Comments |
Featured, The Big Shots