Classic Yentha Stories: First published in yentha.com this widely acclaimed narrative gem  is all about people who are very close to the writer. 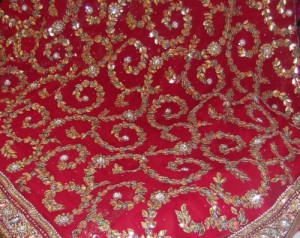 A photograph can capture a landscape in a frame, but it can rarely soak up the truth people hold back even as they pose for the camera.

Divya keeps one such photo in her wedding album.

“I didn’t know why my mother looked so upset on one of the most important days in my life,” she says, showing the picture. It was the eve of Divya’s wedding. In the photo I see the bride all smiles with the wedding saree in her hands.

Beside her stands Lalitha, 45. Her mother. Smiling indeed. But there is something amiss; something burring behind that smile.

For the last 13 years, whenever Divya flipped through the album, her fingers lingered on this photo which had vexed her. Divya’s was not a marriage of revolutionary type even though the boy was her choice. She didn’t find any resistance from her family. Her future in-laws were also eager to welcome her.

Then why should Lalitha be sad on that fine, auspicious evening?

Divya asked her mother many times after the marriage; but was gently pushed away with a sagely smile. Now after 13 years, Divya has learned the truth. She turns the pages of her album once again. She could hardly see her mother’s face. Tears blur the photo.

As Lalitha lay on the bed at Gokulam Medical College, Venjaramoodu, she knew her little game was up. She tried to calm herself down when a nurse with pockmarked face 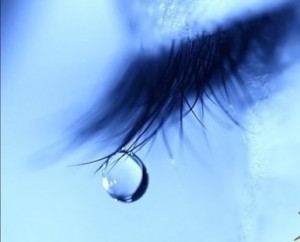 came with the BP apparatus, wound Lalitha’s arm with a band, and began pumping up the air bag.

Lalitha became worried about the result. To ease the pulse rate, she tried to think of her childhood, when she gamboled all day along the country roads in her village near Kottarakkara. The villagers called her ‘Kuttan’ because she was naughty like a boy. When Lalitha thought about that particular day when she was stuck high on a tree branch and screamed for help, she had to cover her mouth to hide a playful smile from the grumpy nurse.

“100-140,” the nurse said aloud. Lalitha closed her eyes as a couple of attenders wheeled her to the ECG room.

This is the end, she thought. Game over.

She felt an excruciating pain at her lower back. But that was nothing compared to the trauma she was going through at the moment. Lalitha didn’t want to open her eyes to catch the attention of her husband or daughter, who were following the trolley.

Instead she was on a painful trip back to an evening she would never forget in her life; something that happened 12 years ago.

Lalitha rushed to the bathroom to take a hasty bath. Her mind was filled with joy. These were the last minutes, still she was thinking about things she missed inadvertently as she undressed. She had been having a fever and hence hadn’t taken bath for a couple of days. The water was cold. Before she poured the first cup of it on her head she caught a glimpse of her on the mirror at the washbasin. 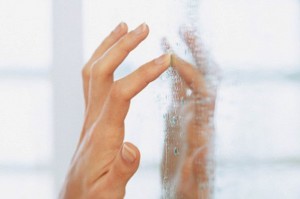 “OOH!” She stared at the mirror.

She didn’t hear the clanking sound as the cup slipped off her hand and fell on the white mosaic floor with water sloshing around. She looked at her reflection with gaped mouth. She heard the pounding of her heart. Lalitha stepped closer to the mirror, wiped it clear with her wet hand. A brown star!

She looked down on her breast.

Lalitha saw a small lump on the right side of her right breast, about the size of a gooseberry. There was a star-shaped brown mark on it. With trembling fingers, she touched the baby volcano. The lump had already started nudging her breast impatiently to the middle of her chest. So the mark she noticed a few days ago was not a wayward sore as she had thought.

This is IT, she understood it.

All the symptoms she had read in magazines were dutifully present. Lalitha gripped the ridge of the washbasin tightly so that she wouldn’t fall. She stared into the certain darkness looming before her. And her eyes fell on her lush, black, flowing hair.

All lights were lit in Lalitha’s big house that day. The serial lights in many colours announced the festive occasion to long distance. Relatives and locals thronged every corner of the premises, amusing themselves at silly jokes as they waited eagerly for the bridegroom’s party to arrive.There were lights, smiles and laughter in every corner, except in one damp little room where the sound of tap water droned on incessantly muffling all other noises.

“Amme…hurry up…they will reach soon,” Dhanya, her younger daughter, rapped on the bathroom door. Another 10 minutes, Lalitha came out from the bathroom with a puffed-up face. She smiled as she saw her cousins crowded inside her bedroom, and hurried towards the wardrobe. She did not look at any face; the smile she wore did not reach out for anyone in particular.  But it remained there for the rest of the evening without ever leaving her. When she put powder on her face, Dhanya teased her. Lalitha’s cousins laughed at the joke. Lalitha smiled again.

She was not all there when the bridegroom’s party arrived. Lalitha was fixing an appointment with herself when she would divulge the matter to her husband and her two

daughters. The news would devastate them, she knew.“Please smile,” the photographer told her. She smiled, but her mind was again clouded by the worries about her husband.

“He could never stand it,” she said a bit aloud. “What?” Divya asked. “Ey..onnumilla.” Lalitha whispered back and smiled again at the cameramen. But they had started dispersing. Lalitha decided to wait until the marriage was over.

Then the waiting became her.

She didn’t want to clip the skylarks chirping and flitting about in her house. She took great care not to spill the dark seeds to her caring husband. “That was the toughest part,” she later said. Years piled up. When it reached a dozen, Lalitha was confident to take this little fun to her grave.

But amused at her game fate also took the dice and joined her. Lalitha knew what was coming only when it hit her.

One day as she was taking a stroll around her house, she saw a ripe mango high up on a tree. She wanted to pluck that for Ammu, her granddaughter. As she couldn’t reach it even with the help of a long pole, Lalitha got up on a concrete slab over an abandoned septic tank. When the pole almost touched the mango, the concrete slab creaked and caved in, throwing Lalitha down into a 15-foot ditch.

Cries and shouts rent the air. Soon Lalitha with a broken leg was scooped out from the ditch and rushed to Gokulam Medical College at Venjaramoodu. Studying her X-ray, the doctors decided do a surgery on her leg. But before that, an ECG had to be taken.Lalitha knew that the procedures of ECG would reveal the lump she had been playing close to her chest for the last 12 years. So when the attenders along with the nurse with the pockmarked face trundled her to the ECG room, Lalitha was shivering within. 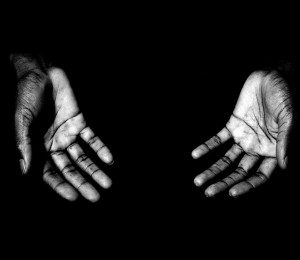 She shivered in an intense cold that her husband and daughter following the trolley to the ECG room hardly noticed.She knew the skylarks chirping at home at home would would soon be dead, all that mirth in her family would soon be reduced to cinders.  She closed her eyes.

“What is that?” the technician asked Lalitha pointing to a glob which was an excuse for a breast. She smiled weakly—a tattered smile which could hardly cover her shame. She didn’t reply. As she closed her eyes again, Lalitha saw how her husband and daughters react to the news. Spectacles of a miserable future tore into her closed eyes. Tears, screams, frustration, depression…

But no. The game was not over yet for the poor woman. Lalitha’s family waiting outside the ECG room would also wait outside her secret world for yet another year.Fate wanted this woman to continue with her game. Amused.